Mohammad Khalil Younis Mohammad Freijat, 14, succumbed to his wounds on May 16, four days after Israeli forces shot him in the head in Hebron’s Bab Al-Zawya neighborhood. (Photo courtesy of the Freijat family)

Ramallah, May 20, 2021—A 14-year-old Palestinian boy succumbed to his wounds and died on Sunday, four days after Israeli forces shot him in the head with live ammunition in the southern occupied West Bank.

Mohammad Khalil Younis Mohammad Freijat, 14, was struck in the head with Israeli-fired live ammunition around 11 p.m. on May 12, in Hebron’s Bab Al-Zawya neighborhood. He died from his injuries in Hebron’s Al-Ahli hospital four days later on May 16. Mohammad Khalil and a friend were out shopping for new clothes for Eid al-Fitr, the holiday marking the end of the holy month of Ramadan, when clashes erupted between Israeli forces deployed in the area and Palestinians, according to documentation collected by Defense for Children International - Palestine. Mohammad Khalil and the other child were at least 300 meters (1000 feet) away from the clashes when an Israeli soldier shot him in the left eye with live ammunition.

Mohammad Khalil was taken to Al-Ahli hospital where doctors were unable to remove the bullet that lodged in his brain. He remained there until Sunday, May 16, when he was pronounced dead, according to documentation gathered by DCIP.

While located in H1 area, Bab Al-Zawya, the neighborhood whereMohammad Khalil was shot, lies directly adjacent to H2 area and the Tel Rumeida settlement. As a result, Israeli forces are a common presence in the neighborhood.

Mohammad Khalil is the sixth Palestinian child shot and killed by Israeli forces in the West Bank this year, and the fourth child killed in the past week, according to evidence collected by DCIP. 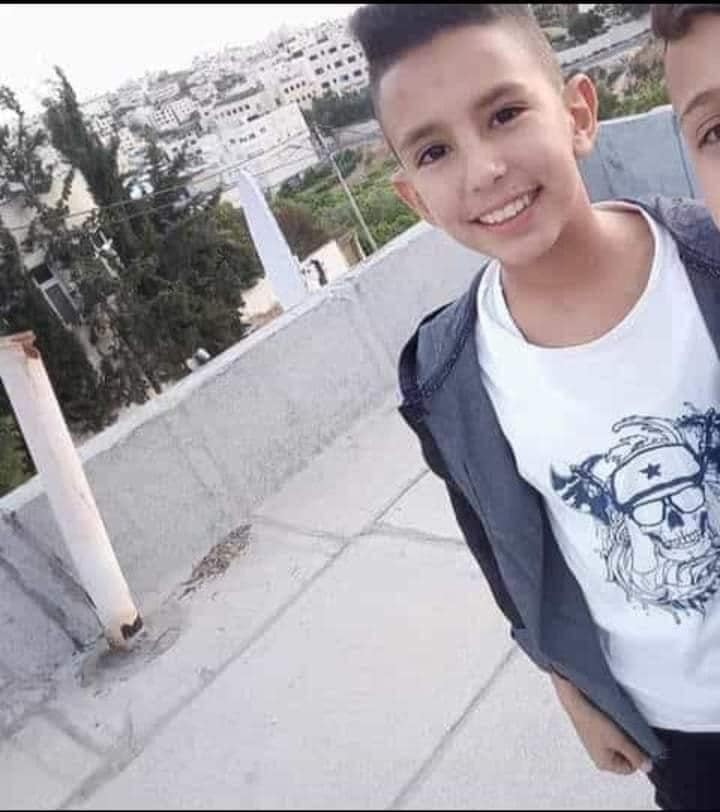 Israeli forces killed 16-year-old Islam Wael Fahmi Dar Nasser, on Tuesday, May 18, in the village of Bil'in, located west of the occupied West Bank city of Ramallah. Islam was shot in the head during a demonstration as Israeli forces confronted Palestinian protestors in the village near Israel’s separation barrier, according to information collected by Defense for Children International - Palestine.

Obaida Akram Abdurahman Jawabra, 17, was shot dead by Israeli forces with live ammunition Monday, May 17, around 8 p.m. local time in Al-Arroub refugee camp located near the southern occupied West Bank city of Hebron. Obaida sustained a gunshot wound to his chest during a demonstration at the entrance of the camp located near Route 60, the main route in the West Bank connecting Hebron and Jerusalem, DCIP reported.

Rashid Mohammad Rashid Abu Arra, 16, was shot dead by Israeli forces with live ammunition early in the morning of Wednesday, May 12, in the village of Aqaba, located northwest of Tubas in the occupied West Bank. He was shot from behind and sustained two gunshot wounds to the upper and middle back, DCIP reported.

On May 5, Israeli forces shot and killed 16-year-old Said Yousef Mohammad Odeh in Odala, a village located south of Nablus in the northern West Bank. Israeli forces reportedly confronted Palestinian youth at the village entrance prior to the shooting. Said was not involved in the confrontations at the time he was shot, according to information collected by DCIP.

Israeli forces have killed at least 164 Palestinian children in the West Bank, including East Jerusalem, and the Gaza Strip since 2013 with live ammunition or crowd-control weapons. 151 Palestinian children were killed with live ammunition, while an additional 13 were killed by crowd-control weapons, including tear gas canisters, rubber-coated metal bullets, sponge rounds, stun grenades, and flare bombs.