Mohammad Dudeen, 15, was killed by a single live bullet after dozens of Israeli soldiers descended on his home village of Dura.

Ramallah, June 20, 2014—A 15-year-old boy was shot dead on Friday morning as the Israeli military continued to use crowd-control weapons and live ammunition against civilians in the search for three Israeli teens.

Mohammad Dudeen, 15, was killed by a single live bullet after dozens of Israeli soldiers descended on his home village of Dura, near the southern West Bank city of Hebron, overnight. The soldiers raided the village as part of a weeklong crackdown on civilians in the West Bank in response to the disappearance of three Israeli teenagers on June 12.

“Israeli forces have increasingly resorted to the use of excessive force, recklessly firing live ammunition and rubber-coated metal bullets at civilians, including children,” said Ayed Abu Eqtaish, Accountability Program director at DCI-Palestine. “While Israel claims to open investigations into incidents in which children are harmed, impunity reigns for Israeli soldier violence against Palestinians.”

In sworn testimonies given to Defense for Children International Palestine (DCI-Palestine), eyewitnesses stated that clashes erupted between local residents and soldiers as the Israeli military forced entry into over 20 homes. Soldiers used crowd-control weapons and live ammunition against youths throwing stones. 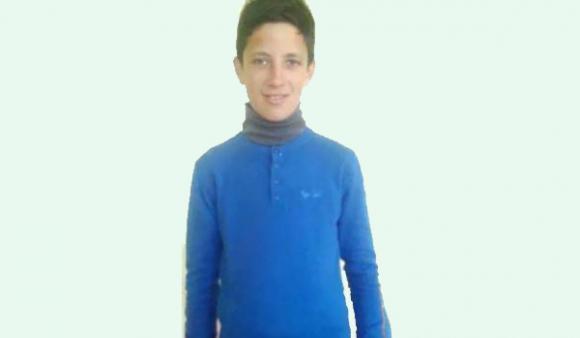 The fatal shooting took place as Israeli soldiers prepared to leave the village at dawn. Eyewitnesses report that soldiers stationed in Haninia neighborhood fired teargas canisters, stun grenades, and live ammunition at civilians. The soldier who fired the shot was reportedly not more than 80 meters (262 feet) from the victim.

Mohammad Dudeen becomes the sixth Palestinian child to be killed by Israeli forces since the start of the year.

Meanwhile in southern Gaza, DCI-Palestine confirmed five children were injured in an Israeli missile strike on Friday, including a 25-day-old baby.

Since the start of the search operation, the Israeli military has pursued a policy of collective punishment across the Occupied Palestinian Territory that has resulted in over 330 arrests and multiple injuries to children.

According to Ma’an news agency, two young Palestinian children were injured by shrapnel on the evening of June 15 when the Israeli army bombed the front door of their Hebron home. DCI-Palestine’s own data records two teens, 14 and 17, injured in Nablus on June 17. Another 17-year-old was injured on June 18, also in Nablus. All were wounded during Israeli raids in the area.

Hebron and Nablus, the towns where the search for the missing teens has largely been focused, have seen a significant rise in the presence of Israeli soldiers, with multiple checkpoints erected in both areas. The checkpoints have substantially restricted the movement of Palestinian civilians and have resulted in clashes between residents and soldiers.

DCI-Palestine has consistently documented both the impunity with which Israeli soldiers kill and injure Palestinian children, and the tactics pursued by the Israeli authorities that prevent fair and thorough investigations taking place.