A Palestinian woman and child evacuate a building targeted by Israeli bombardment in Gaza City on May 11, 2021. (Photo: AFP / Mahmud Hams)

Israeli forces carried out hundreds of air and ground strikes throughout the Gaza Strip, continuing to target residential buildings and civilian infrastructure. Since Monday, at least 139 Palestinians in Gaza have been killed and at least 1,038 Palestinians were injured, including 313 children, according to data issued by the Palestinian Ministry of Health in Gaza.

Several days into escalating hostilities, over 17,000 Palestinians are now internally displaced and are sheltering in 41 UNRWA schools, primarily in Gaza City and other locations in North Gaza, according to UNRWA.

Israeli attacks have caused extensive damage to residential and commercial buildings, schools and civilian infrastructure, including roads, the electricity and water networks, and agricultural lands, according to the UN Office for the Coordination of Humanitarian Affairs (OCHA). 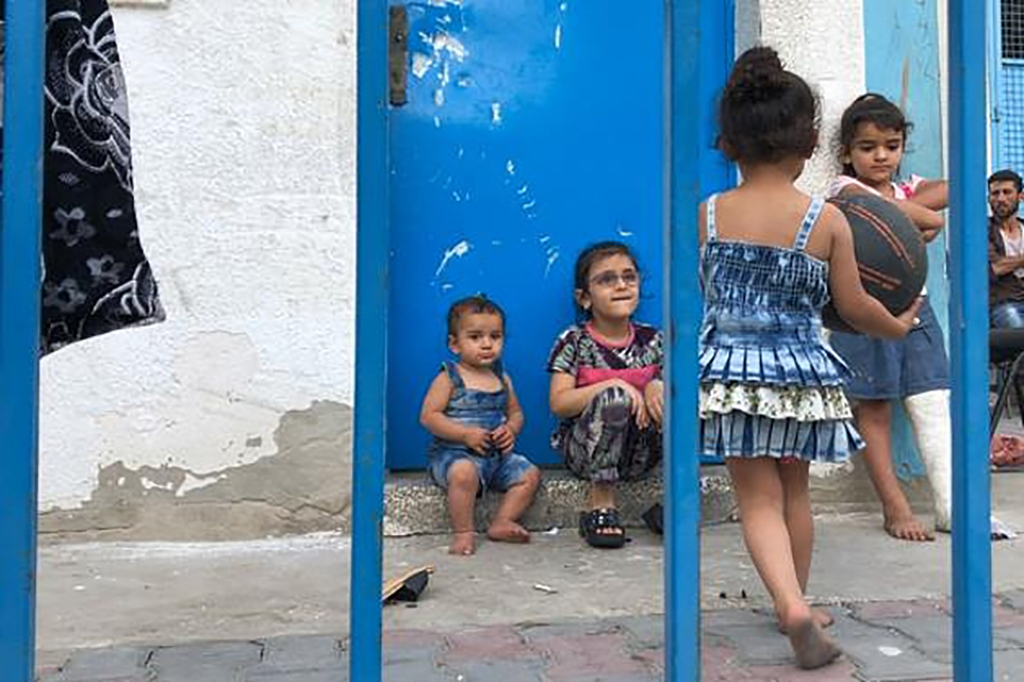 Israeli airstrikes killed 12-year-old Abdullah Ashraf Abdullah Jouda in Gaza City on Friday evening. Israeli warplanes struck the six-story Al-Rabee'a Building in the heart of Gaza City around 8 p.m., targeting an apartment on the second floor and destroying the second and third floors. The attack killed at least two Palestinians, including Abdullah, according to documentation collected by DCIP. 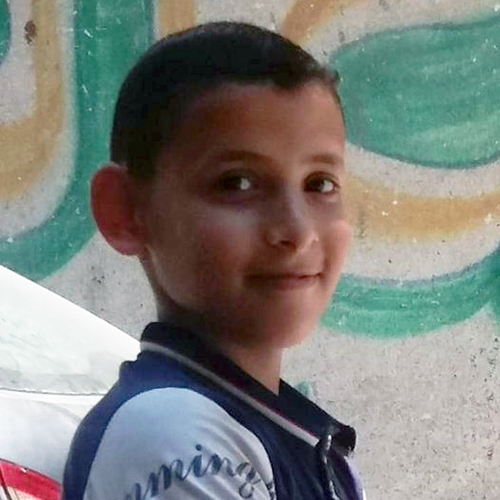 Shrapnel from a rocket-propelled grenade killed six-year-old Buthaina Mahmoud Issa Obaid in North Gaza around 9:15 p.m. on May 14. Buthaina was playing outside her home on Nuzha Street in Jabalia when she was struck in the back of her head by shrapnel, according to documentation collected by DCIP. She was rushed to Indonesian hospital and pronounced dead upon arrival. DCIP has not yet been able to confirm the source of the rocket-propelled grenade and continues to investigate this incident. 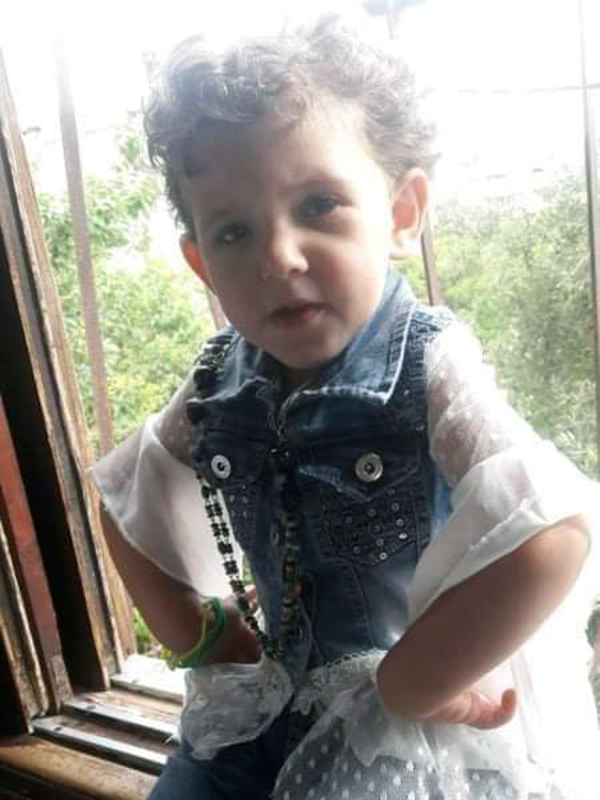 An Israeli airstrike in the densely-populated Al-Shati refugee camp, located northwest of Gaza City, killed at least nine members of the same family early Saturday morning. Among the dead were at least seven children ranging in age from five to 12 and their mothers. There was no prior warning before the aerial attack, according to information collected by DCIP.

An Israeli warplane targeted Alaa Abu Hatab’s three-story home in Al-Shati refugee camp around 1:30 a.m. on May 15. The airstrike completely destroyed the residential building, and rescue, civil defence, and medical teams searched for hours to find missing people under the rubble, according to documentation collected by DCIP. The family had reportedly gathered to celebrate Eid al-Fitr, the holiday marking the end of the holy month of Ramadan.

There were reports of an eighth child killed in the attack, Maha’s son, Yahya Mohammad Sobhi al-Hadidi, 10, but DCIP has been unable to confirm this death. The Palestinian Ministry of Health in Gaza and officials at Shifa hospital reported that nine people, including seven children, were killed. However, photos of the funeral depict 10 victims in the May 15 attack.

Maha’s five-month-old infant, Omar Mohammad Sobhi al-Hadidi, was the sole survivor of the attack, apparently shielded by his mother’s body, according to Haaretz.

DCIP has documented 32 other children killed since hostilities between Israeli forces and Palestinian armed groups escalated on May 10. In two separate incidents, at least two Palestinian children are missing, and while presumed dead, DCIP has not yet confirmed their deaths.

In December 2019, the International Criminal Court’s chief prosecutor, Fatou Bensouda, announced the preliminary examination had concluded with the determination that a reasonable basis did exist and that an investigation be opened into war crimes. In March, her office announced a formal investigation into suspected war crimes in the State of Palestine after a nearly five-year preliminary examination.

This week, Bensouda warned against crimes as hostilities escalated. "These are events that we are looking at very seriously," Bensouda told Reuters on May 14. "We are monitoring very closely and I remind that an investigation has opened and the evolution of these events could also be something we look at."

🚨 #ICC Prosecutor #FatouBensouda on the recent escalation of violence in #Gaza, the #WestBank, including #EastJerusalem ⤵️ pic.twitter.com/jZlns3d92I