Mohammad A., 17, displays bruises and minor cuts he sustained when Israeli soldiers beat him.

The international community condemns Israeli policies that restrict movement, that result in mass detention and abuse of minors, and that indiscriminately bomb civilian areas, yet most children in the occupied Palestinian territories know no other life, writes Ellis Garey*.

Ramallah, August 1, 2014—Mohammad A., 17, was threatened and beaten by Israeli soldiers on the street in front of his house on the night of July 5.

“One soldier pushed me to the ground and sat on my back while [another soldier] took a photo,” Mohammad said.

“I asked for an officer, and they began insulting me. They asked me ‘do you want to be a martyr like the boy [Mohammad Abu Khdeir] from Shuafat?’ When I asked him to stop cursing at me he beat me instead.”

Bruises and minor cuts from the incident were visible two days later.

Mohammad lives near the eastern entrance of Azzun, a central West Bank town bordered by the settlements of Ma’ale Shomron and Karnei Shomron.

Since the military occupation of the West Bank began in 1967, Israel has established over 125 Jewish-only settlements that are deemed illegal by international law.

Last month, all the entrances to Azzun were sealed off. Three Israeli settler teens had been kidnapped and Mohammad’s town, like nearly every Palestinian town across the West Bank, was paying the price.

The abducted Israeli boys were eventually found dead in a field in the southern West Bank.

Human rights organizations alleged the massive Israeli search operation, dubbed “Brother’s Keeper,” failed to bring about justice, instead amounting to collective punishment. Six Palestinians, including one child, died as a direct result of the operation.

Eight days after Israeli forces found the slain teens, Prime Minister Benjamin Netanyahu launched operation “Protective Edge” on Gaza, instructing his military “to take the gloves off” in their assault on Hamas. The airstrikes and ground invasion that followed flattened civilian buildings, displaced thousands, and produced dozens of small corpses. On the 24th day of the assault, DCI-Palestine confirmed 166 children killed by Israeli forces while investigating an additional 67 cases.

Headlines tallied casualties, but didn't provide the context of occupation, or the fact that in Palestine, children have long been the victims of collective punishment.

In Gaza, every child over the age of six has now experienced three large scale offensives. In Azzun, Israeli forces regularly erect pop-up checkpoints and road closures in the town. The latest developments were simply links in a chain of Israeli policies used to maintain control.

“Life is different [for children in settlements and children in Azzun],” said Mofeed A., 13. “They have freedom, we don’t. They have safety, we don’t.”

Unlike Israeli children living in illegal settlements, Azzun’s children are only searched for when it is time for their arrest.

Walid M., 15, has been arrested twice. In January, Walid was demonstrating at the eastern entrance of the town.

“They detained me for four hours…they ordered me to sit on the ground and put my hands above my head,” he said.

Walid was eventually allowed to return home to his family. 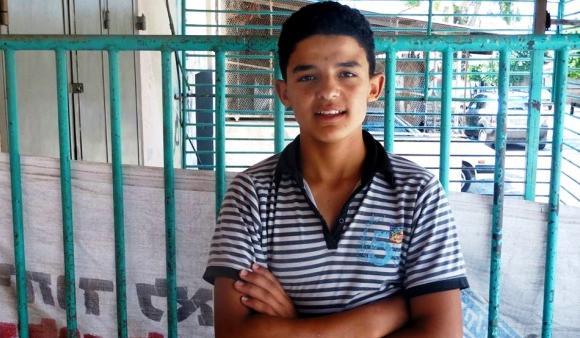 According to Hassan Shubetah, head of the administrative office of the municipality of Azzun, and the Israeli human rights group B’Tselem, youth in Azzun throw stones at the Israeli army in response to the military presence and action in the town.

After a day of protests, Israeli soldiers raid the homes of suspected participants and arrest them. These arrests often occur in the middle of the night; those arrested are usually children.

Families living near the entrances of Azzun report frequent house raids and arrests.

Heavily armed Israeli soldiers subject children to ill-treatment during arrest and interrogation. Parents rarely know where their children have been taken and pretrial detention is the norm in the Israeli military courts.

The father of one 17-year-old imprisoned youth said he has been unable to visit his son in Megiddo prison since his arrest.

“Every house on my street has a child in prison,” he said. 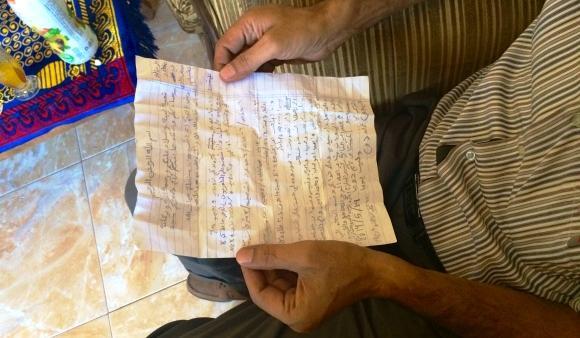 Arrest and detention are not the only issues facing children in Azzun.

On the night of July 21, Israeli soldiers in Azzun used three-year-old Layan, her two-year-old brother Omar, and her parents as human shields.

Israeli soldiers stopped Layan’s family car at the main gate of Azzun, where Israeli soldiers confronted town youth. They confiscated the car keys, placed their rifles on the car, with the children inside, and shot tear gas at protestors.

Israeli military presence and policies that restrict movement compound existing poverty and the limited options for children in Azzun.

Unemployment levels in Azzun are over 40 percent, according to statistics from the database of Qalqilya’s labor office.

Shubetah, Azzun municipality official, estimates that Israeli forces have sealed off the entrances to Azzun over 20 times since the start of 2014.

“Every time the army closes the gates, Azzun is like a prison,” he said.

The closures can render children unable to attend school, while their parents are often prohibited from going to their agricultural land. If the land they own lies beyond the Israeli separation barrier, residents are required to apply for a visitation permit. They are usually denied access

Walid said that he and most of his friends “started work at age 12.”

He has 10 brothers and sisters that are supported by the agricultural work he does alongside his father. Walid’s father has been denied a permit to work in Israel.

In Azzun, across the West Bank and Gaza, children have a different “normal”

Over three weeks after the search for the missing teens ended in the West Bank, military jeeps are still parked in front of Azzun, and the number of children dead in Gaza steadily rises.

The international community condemns Israeli policies that restrict movement, that result in mass detention and abuse of minors, and that indiscriminately bomb civilian areas, yet most children in the occupied Palestinian territories know no other life.

Back in Azzun, Mofeed, 13, said he considered the child arrests, gate closures, and military presence “normal” parts of life in his town. 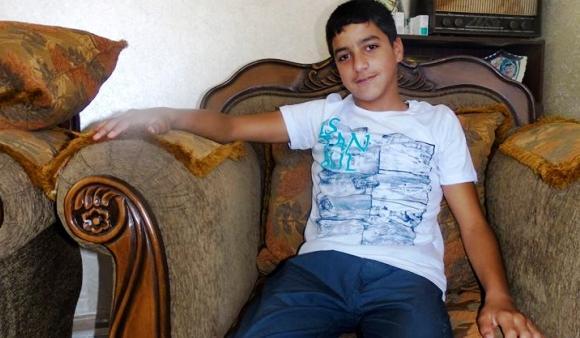 *Ellis Garey is an intern in the Accountability Program at Defense for Children International-Palestine.