An Israeli border police officer chases a Palestinian boy and his donkey in front of the Ibrahimi Mosque in Hebron, West Bank. (Photo: DCIP / Cody O'Rourke)

Ramallah, August 30, 2016—Palestinian children in Tel Rumeida, Hebron, located in the southern part of the West Bank, returned to school on August 28 with no end to the Israeli-enforced military closure of their neighborhood in sight.

Despite rays of hope last May, when the military order closing the area lapsed, Tel Rumeida neighborhood has remained functionally closed to non-residents since November 1, 2015. Residents must register in order to enter via checkpoint. Each is assigned an individual number, separate from their standard-issued ID. Closed military zones pose staffing problems for schools and risks for children, who are forced to live in constant proximity to armed Israeli soldiers.

“Each child should have the chance to succeed at school,” said Ayed Abu Eqtaish, Accountability Program Director at Defense for Children International - Palestine. “Before children in Tel Rumeida even reach their school, their academic potential is threatened by Israeli military installments restricting their movements, and by Israeli settlers who often target them.”

Cordoba School, located inside Tel Rumeida, has been hit hard by the restrictions. Much of the school's staff and students must enter through checkpoint 56, which separates the Israeli-controlled H2 section of Hebron, from H1.

The principal of the Cordoba school, Noora Nasser, told DCIP that she has had to cancel school on many occasions as a result of political unrest and Israeli military and settler activities. 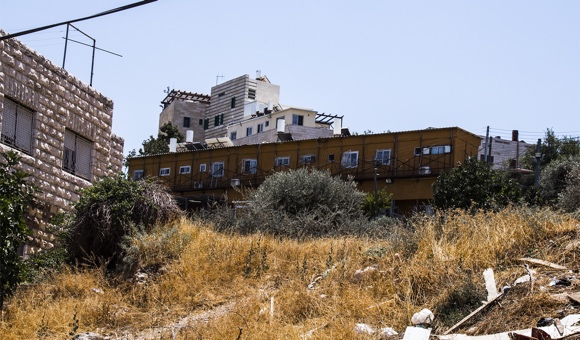 The H2 section alone has approximately 17 internal Israeli military checkpoints, primarily installed next to illegal Jewish settlements. The section is home to over 120 blockages and closures, all making school attendance no small feat.

“Children are tremendously affected by the constant harassment of soldiers, and the constant military presence in their neighborhoods,” she said. “Closing the schools and sending the children home obviously impacts their education.”

Even when the school is open, settler violence may prevent children from attending school. Rama H., a 10-year-old student at Cordoba, told DCIP, “Sometimes the settlers stand in our way and won’t let us get into our schools,” she said. “They even throw rocks at us.”

Israel, a signatory to the Convention on the Rights of the Child (CRC), is legally obligated to uphold Palestinian children's access to education. Under Article 28(e) of the CRC, Israel is responsible to, “Take measures to encourage regular attendance at schools and the reduction of drop-out rates.”

Across the West Bank, settler violence and checkpoints, which are often hot spots for intimidation, assaults, or arbitrary arrest, impede Palestinian children’s right to education. From March through May of 2016, DCIP documented three cases where West Bank schools were raided, damaged or disrupted by Israeli military and settler activities.

The tense atmosphere takes an emotional toll on children, Abed S., a schoolteacher and resident of Tel Rumeida, told DCIP. “When a child living here is asked to draw something, the first thing he or she draws is a soldier with a gun,” Abed said. “The children living here think that this is normal. It’s the only thing they know, and it’s what they grew up with.”