Zeina A., 9, sits in her class in Ibziq Primary school in April of 2018, a school currently at risk due to several pending Israeli demolition orders for school facilities or infrastructure. (Photo: DCIP / Majdi al-Sharif)

Ramallah, August 12, 2019—“Sumud,” which means “steadfastness,” is a word that the 24 students of Ibziq Mixed Primary school know and use. The only school in this village in the northern Jordan Valley and with just one academic year under its belt, Ibziq Mixed Primary already has an uncertain future.

The school is the tenth in a string of “Al-Tahadi” or “challenge” schools established by the Palestinian Authority in the Israeli-controlled Area C of the occupied West Bank, staff told Defense for Children International - Palestine. The central goal of these schools is to ensure access to education and “support the steadfastness” of Area C residents. Al-Tahadi schools are usually small in size and placed in marginalized, rural communities or those facing large vulnerablity factors from Israeli forces or settlements. 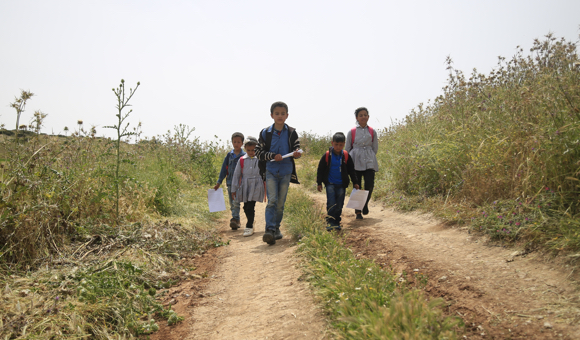 Before its establishment in August 2018, children from Ibziq had to travel to nearby villages to study. The nearest school was in Aqaba village, about 5 kilometers (3 miles) away, a long distance for young children to travel outside their tight-knit Bedouin communities.

This distance was made worse by the presence of a closed military zone, where Israel’s military regularly runs drills and training exercises. The drills include the firing of tear gas canisters, live ammunition and even tank-fired shells, in these areas also known as “firing zones.” 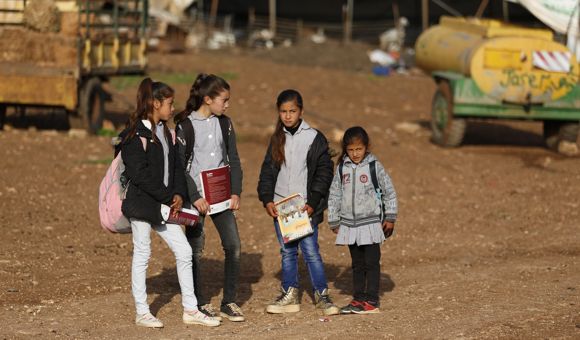 “Since the 1970s, Israel has declared some 18 percent of the West Bank, or nearly 30 percent of Area C, as firing zones for military training,” according to the U.N. Office for the Coordination of Humanitarian Affairs (OCHA), mostly in the Jordan Valley and the southern Hebron hills.

“When our children go to school I fear they will get hurt from the Israeli occupation and explosive ordnance of military training,” said Aziz Nawaja’a, a father of three students in Ibziq school. “I specifically fear the explosive remnants left by military trainings since I lost my 16-year-old son because to them,” he added. 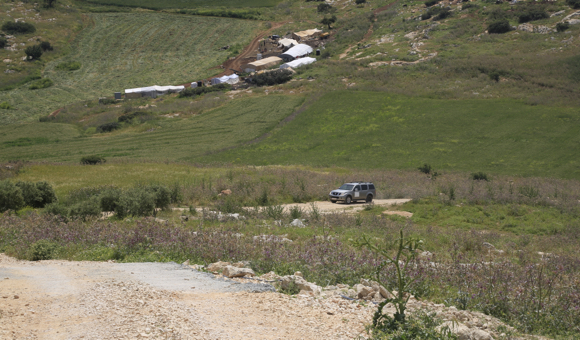 Oday Nawaja’a, 16, was killed by UXO three years ago, while herding his family’s flock of sheep one evening. The UXO detonated while he was standing near a tree, killing him instantly, according to evidence DCIP collected at the time.

Although parents are grateful to see their children attending a closer school, the military zone remains a danger to children and an impediment to education. Student Hana N. told DCIP that active military drills often take place overnight, shattering her sleep. “When military trainings happen at night, we are not able to sleep. As a result, we don’t focus at school the next day,” said the 10-year-old. 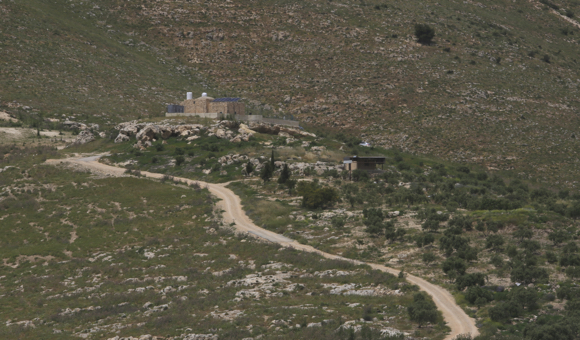 Another student, only 9 years old, told DCIP she used to be scared by the sound of gunshots. “I’m used to it now,” said Zeina A. Statements like this are heartbreaking proof of the coping skills young children in Ibziq have been forced to develop.

Another significant challenge arrived at the school’s gates in the form of a bulldozer in mid-October of last year.

“I arrived in the morning to open the school, but was surprised by the presence of many military vehicles and bulldozers ready to demolish the caravan,” said Firas Daraghmeh, the school’s principal. 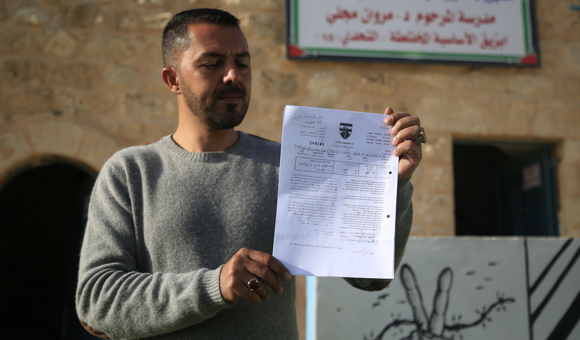 That day, Israeli forces demolished a European Union-funded caravan that had been added onto the school to create a principal’s office, teachers’work space, and provide some shade in the playground with an awning.

In early November, Israeli forces returned to demolish and confiscate a donor-funded tent the school had set up.

When the school opens its doors in a few weeks, it will do so under the shadow of four pending demolition notices. One of these is for the school’s solar panels, installed at the end of 2018 to generate a little electricity for fans and lighting. This absence of a functioning power supply in the school matches general conditions in the village of Ibziq, since Israel heavily restricts infrastructure development in Area C. 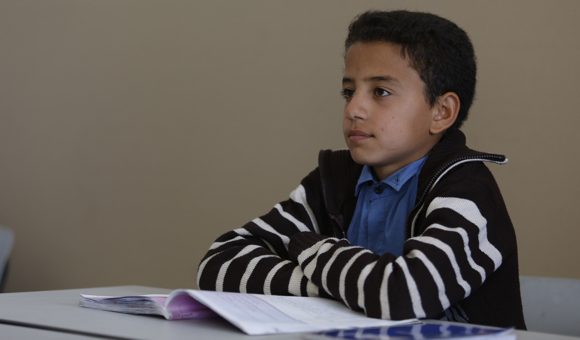 “In the winter time, when it’s dark outside, we sometimes relied on mobile phones as flashlights inside classrooms to help overcome darkness,” said Daraghmeh.

The solar panels helped generate electricity but Daraghmeh soon received a demolition order. On March 12, the Israeli Civil Administration office issued an order for the removal of the solar panels.

“They [the Israeli authorities] want to pressure us to leave our school because they know that it is the reason behind our ‘sumud,’” said Hana, who will enter 6th grade this fall. 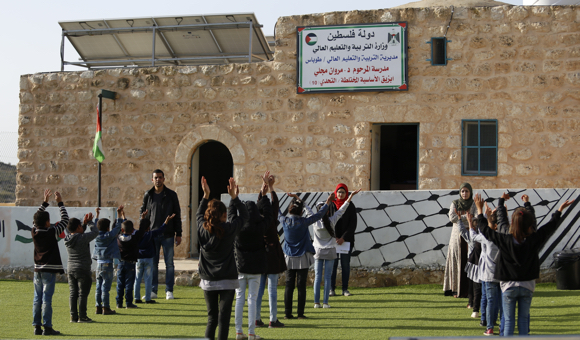 Despite the shortages of basic needs and mounting pressures, students expressed big dreams for their small school. “We don’t have a cafeteria or shady place to eat at school,” Hana said when asked about the school’s needs. “I would love to add a small auditorium, a computer lab, and a science lab.”