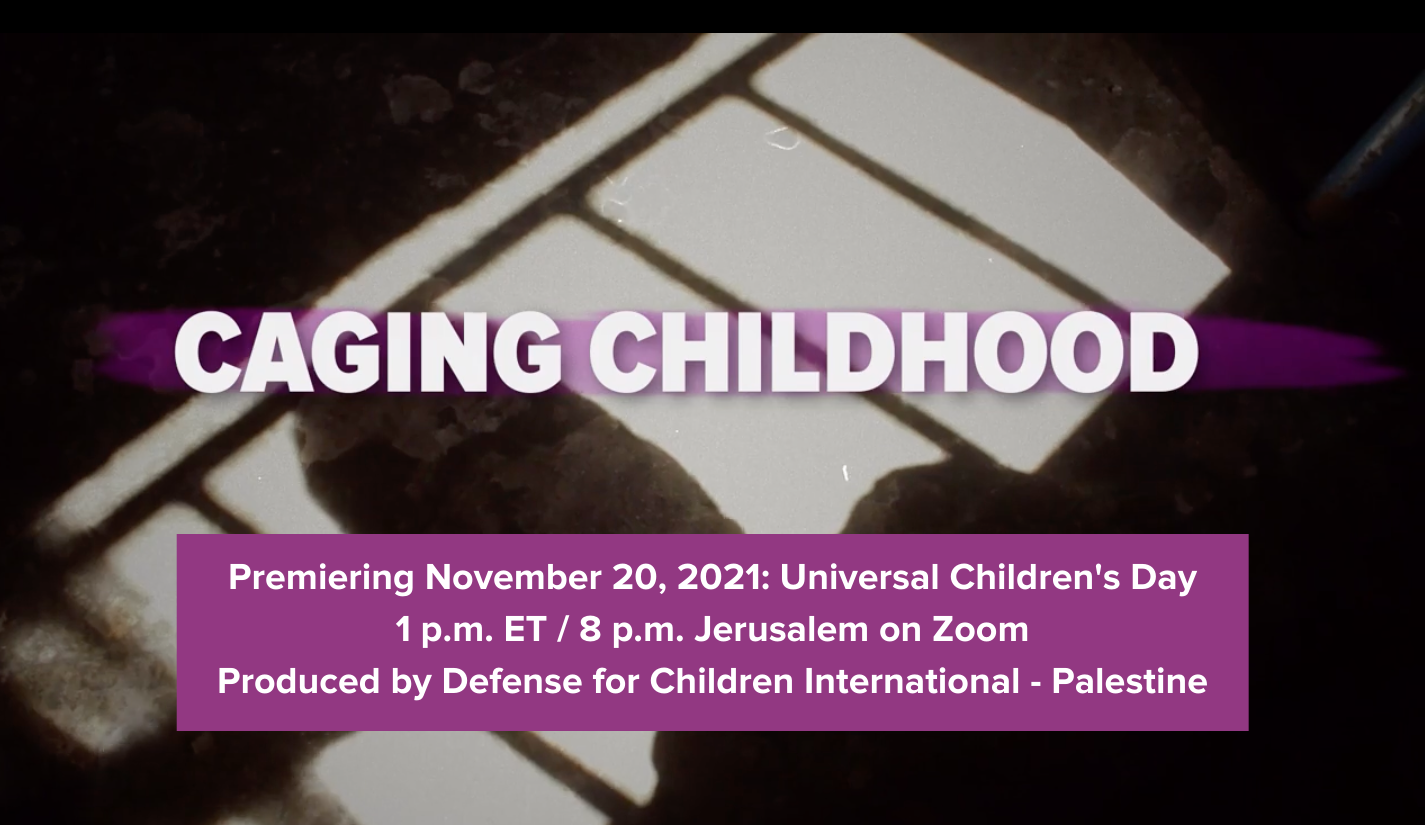 Israeli soldiers knelt on top of 16-year-old Osama while holding him at gunpoint, arrested 17-year-old Qusai in his home at three in the morning, and forced 17-year-old Islam to sleep outside in the cold overnight. Israeli authorities detained the three boys for periods ranging from seven days to a year and a half. Caging Childhood: Palestinian Children in Israel’s Military Detention System is a short documentary that shares the stories of three Palestinian children in the occupied West Bank and their experiences being detained, interrogated, prosecuted, and imprisoned in the Israeli military detention system.

Manar Al-Amleh is the International Advocacy Officer at Defense for Children International - Palestine. She holds a BA in journalism and a minor in sociology from Birzeit University. She worked previously as a media officer in both governmental and non-governmental organizations, which helped her gain knowledge in human rights, entrepreneurship, arts, and other fields.

Brad Parker, Esq., is the Senior Adviser, Policy and Advocacy, at Defense for Children International - Palestine. He specializes in issues of juvenile justice and grave violations against children during armed conflict, and leads DCIP’s legal advocacy efforts on Palestinian children’s rights. He co-leads DCIP's No Way to Treat a Child campaign which aims to end the Israeli military detention of Palestinian children. Before joining DCIP, Brad worked as a legal advocacy coordinator and staff attorney at MADRE, a New York-based international women’s rights nonprofit organization. He is a graduate of the University of Vermont and earned his J.D. from the City University of New York School of Law.

Zeina Ashrawi Hutchison is a Palestinian-American rights activist and community organizer who was an elected Bernie Sanders 2020 Delegate to the DNC. She perceives the connectivities and forges linkages between causes advocating for equality, justice and freedom. Zeina often hosts webinars, takes part in public debates and has written and given interviews on topics ranging from racial justice reform, housing, and foreign policy issues primarily on Palestine. Zeina is a member of several organizations and boards and she actively engages in grassroots movements to amplify human rights, women’s voices and elevate the causes of those who are oppressed, excluded, or marginalized.