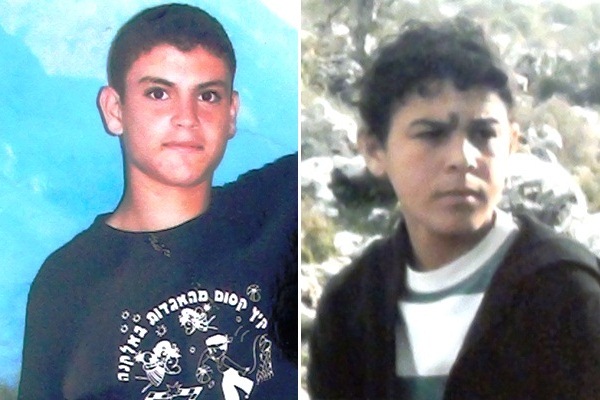 DCI-Palestine submitted two complaints to the Internal Affairs Bureau of the Israeli police on behalf of Majd H and Hendi S, calling for a prompt, transparent and impartial investigation. Majd, 16, told DCI-Palestine that one of the interrogators hit his face with a stick during his second interrogation at Ariel police station. Another violently shook him until he was dizzy. Hurt, scared and tired, Majd confessed to throwing stones after enduring two hours of mistreatment. Interrogators subjected Hendi, 16, to verbal abuse of a sexual nature.

“Interrogators at Ariel police station often use threats and physical violence to intimidate Palestinian children into providing a confession,” said Iyad Misk, a lawyer with DCI-Palestine. “Regardless of how it is obtained, a coerced confession is used as the central piece of evidence in legal proceedings against Palestinian children in the Israeli military court system.”

Israeli soldiers arrested Majd and Hendi on February 9 during an early-morning raid in the northern West Bank town of Haris, near Salfit, according to DCI-Palestine sources. The soldiers tied their hands tightly behind their backs and blindfolded them. Majd said the soldiers transferred them multiple times, including to the police station in Ariel settlement for interrogation. Soldiers beat them when they complained the plastic ties were too tight.

Majd and Hendi did not appear before a military court judge until February 12. DCI-Palestine regularly documents cases of ill-treatment during arrest, interrogation and pre-trial detention of Palestinian child detainees; the majority of which occur within 48 hours after an arrest and prior to a child’s first appearance before a military court judge.