Palestinians inspect what remains of their house after it was destroyed by an Israeli airstrike in the city of Rafah, in the southern Gaza Strip on May 16, 2021. (Photo: AFP / Said Khatib)

Ramallah, May 17, 2021—Search and rescue teams working in Gaza City today recovered the bodies of seven more children killed in Israeli airstrikes early Sunday morning, bringing the total number of Palestinian children killed in the Gaza Strip to 60 since May 10.

DCIP previously confirmed and reported the deaths of 11 children in the same attack in a news alert published on May 16.

Among the residential buildings targeted in the bombardment were a five-story home owned by the Abu al-Auf family that housed 10 apartments and two four-story homes owned by Ameen al-Qawlaq and Mu’in al-Qawlaq.

The death toll is expected to rise as rescue and civil defense teams continue to search for missing victims and survivors after the attack. 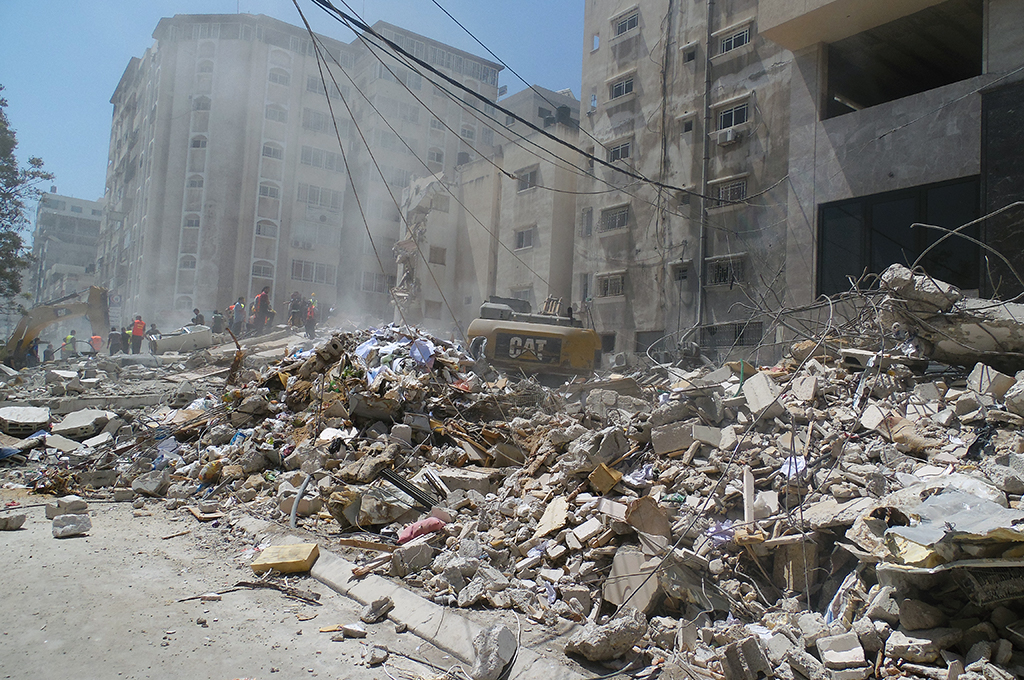 Since May 10, at least 200 Palestinians in Gaza have been killed and at least 1,307 Palestinians were injured, according to the UN Office for the Coordination of Humanitarian Affairs (OCHA). Over 58,000 people have been displaced from their homes including 42,000 internally displaced persons who have sought protection in 50 UNRWA schools across the Gaza Strip, and at least 2,500 people have been made homeless due to the destruction of their homes, according to OCHA.

Israeli forces continue to target essential infrastructure, including roads leading to two main hospitals, resulting in an additional decline in the public’s access to basic services, according to OCHA.

The latest escalation in hostilities between Israeli forces and Palestinian armed groups follows weeks of mounting tension as Israeli settlers, with Israeli government support, seek to expel hundreds of Palestinians from their homes in Sheikh Jarrah, a neighborhood in occupied East Jerusalem. Palestinian-led protests against these planned expulsions have been met with state-sanctioned violence as Israeli police and paramilitary border police use excessive force against Palestinian protesters.