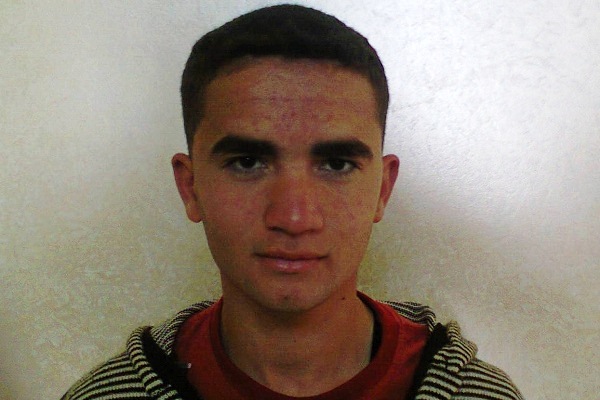 Rabea D, 17, was among 11 Palestinian teens arrested in connection with a stone-throwing incident near Ariel settlement in March. He was released after several days when Israeli authorities established he was not involved.

Ramallah, 9 April 2013—Five Palestinian teenagers could face severe jail terms after being arrested in connection with a stone-throwing incident that occurred on March 14 near the Israeli settlement of Ariel.

The teens, Mohammad S, 16, Mohammad K, 16, Tamer S, 16, Ali A, 16, and Ammar S, 16, are currently detained at al-Jalame interrogation and detention center and accused of stone throwing, harming traffic and endangering the lives of motorists, according to DCI-Palestine sources. They are suspected of throwing stones at moving vehicles, causing a traffic accident on Route 5, south of Nablus. Israeli authorities have expressed their intent to charge the teens with separate counts for each stone allegedly thrown by them, resulting in multiple charges, each carrying a maximum 10 or 20 year sentence. Formal charges are expected to be filed in the coming week, DCI-Palestine sources said.

"Palestinian kids, whether they throw stones or not, must be judged impartially," said Adnan Rabi, a lawyer with DCI-Palestine. "In this case, punishment and retribution seem to be underlying statements made by some Israeli officials. We are concerned that the children's best interests, which must be the primary consideration by the military prosecutors and judges, will not be factored in at all."

A senior Israeli army source reportedly told Channel 10 News, "This is a terror attack like any other." Avigdor Lieberman, head of the far-right Yisrael Beitenu party, voiced his hope that military rules of engagement would be updated to treat stone-throwers the same as individuals firing live ammunition. Military prosecutors often enhance charges against stone-throwers where an individual is injured by filing charges of attempted murder, rather than throwing stones.

Any Palestinian 12 years and older who throws an object, including a stone, at traffic or at a moving vehicle with the intent of causing harm to the vehicle or its passengers could face up to a 20 year sentence under Israeli Military Order 1651. While the age of majority was raised from 16 to 18 in 2011, the amendment did not apply to sentencing provisions, leaving children 16 and older subject to the same maximum sentences as adults. 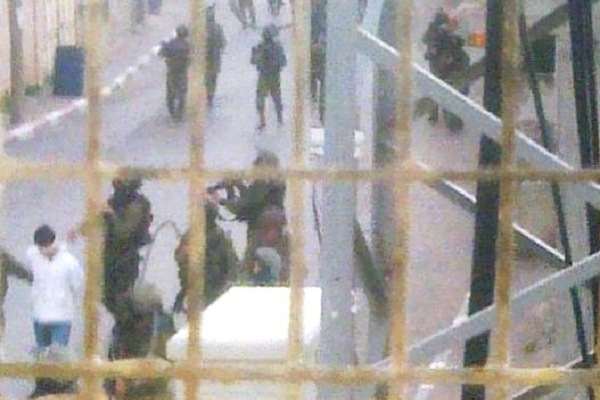 Israeli soldiers detained a total of 11 Palestinian teenagers in connection with the stone-throwing incident. They arrested the majority from their homes in the West Bank town of Haris during a predawn raid on March 15. The teens allegedly threw stones at a passing truck causing the driver to suddenly brake, according to Israeli news sources. Another car then crashed into the rear of the truck, resulting in injuries to an Israeli woman and her three children, the reports said.

Israeli authorities established that six were not involved in the incident. They released five, but held the sixth on suspicion of previous stone-throwing. Three of the released – Osama S, 16, Mahmoud F, 16, and Ahmad K, 17 – spent at least two days in solitary confinement at al-Jalame while under interrogation by the Israel Security Agency.

During 2012, Israeli authorities held at least 21 Palestinian youths, ages 14-17, in solitary confinement for periods ranging from 4-29 days, according to DCI-Palestine evidence. The UN Special Rapporteur on Torture, Juan Méndez, called for a complete ban on the use of solitary confinement for children in a report submitted to the UN General Assembly in 2011.

In an incident on March 31, several Palestinian school buses full of fifth and sixth grade girls returning to Ramallah after a daylong field trip were attacked by stone-throwing Israeli settlers near Yizhar settlement, south of Nablus, injuring an 11-year-old girl. No arrests have been made in the case so far.

Israeli settlers are rarely prosecuted for stone-throwing and impunity persists throughout the West Bank for acts of settler violence. Yesh Din, an Israeli organization that monitors criminal accountability of Israeli citizens in the West Bank, reports that out of 688 complaints filed between 2005 and 2011 with Israeli authorities by Palestinians involving criminal offenses committed by Israeli settlers, less than nine percent resulted in an indictment.