Ramallah, April 7, 2016—Ammar M. was 14 when he arrived at Megiddo prison shackled and blindfolded, at 3 a.m. on June 27, 2014. It had been 33 hours since Israeli forces arrested him outside of his home in the West Bank town of Osarin. Reaching the prison, Ammar reported feeling a sense of relief. Once inside, he knew he would be safe from further ill-treatment at the hands of the Israeli soldiers who had arrested and interrogated him. Including a previous sentence for throwing stones, Ammar spent eight months of 2014 as one of the youngest child prisoners in Megiddo.

Megiddo prison is one of several detention facilities located inside Israel where Palestinian child “security prisoners” are held. Transferring Palestinian prisoners, whether adults or children, from the Occupied Palestinian Territory into Israel constitutes a violation of their rights according to international law.

As of December 2015, Megiddo prison was housing 20.5 percent of the 420 Palestinian male child prisoners being held in Israeli detention facilities that month, according to Israel Prison Service (IPS) data. This number included nearly half of the total sentenced Palestinian juvenile prisoner population as well as children detained without charges or during the duration of their trial.

This group of adult prisoners now manages every aspect of a child’s daily life in prison. The scope of their responsibilities extends from discipline and conflict resolution to tracking court appearances and family visits. These adult prisoners serve out their sentences amidst the children during the day, and sleep in a separate room in the juvenile section at night. During the time a child is in Megiddo, these adult prisoners are effectively their surrogate parents. 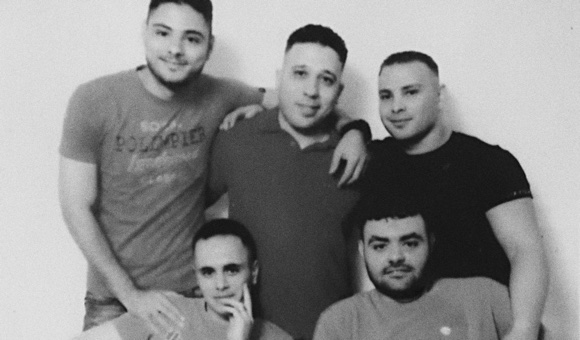 According to the head of the NPC, the men who are selected for the roles are highly respected and their positions coveted. “I feel really happy and excited to be helping out these children,” Riyahi, the current head supervisor for Megiddo’s juvenile section, said to Defense for Children International - Palestine.

According to the testimonies collected by DCIP, child welfare has greatly improved under the NPC elected Palestinian supervisors. For the most part, children report extremely limited contact with the IPS guards during their time in prison, outside of routine counts. When the unannounced weekly raids take place, the children are quickly moved to the shower room down the hall until the guards complete the inspection.

When Ammar first entered the juvenile section, the supervisors received him as they do all entering child detainees. They informed him of the rules: don’t fight with others, don’t talk after lights out, don’t communicate with the Israeli guards, and don’t share the details of your case for the first few weeks. These rules aim to protect children from physical and sexual assault as well as the risk of being pressured into providing information to Israeli forces on members of their family or communities.

Child recruitment by Israeli forces for informational purposes is a practice documented by DCIP and represents multiple risks to children during and after detention. Inside Megiddo, the supervisors intervene to protect children both from recruitment and retaliation by other children.

If a child prisoner violates one of the rules, the supervisors attempt first to speak to the child about his actions. If further infractions occur, discipline may take the form of work duty and in more serious cases, a strike across a child’s open palms. Although rare according to reports by children, a strike across a child’s open palms is administered as a last resort. While this form of corporal punishment mirrors practices in Palestinian governmental schools, it violates children’s rights and is prohibited by international juvenile justice standards.

Overall, DCIP research found that children viewed their supervisors in a positive light. In interviews, child ex-prisoners described the supervisors as kind and fair. Ammar’s mother shared this impression, and told DCIP that she felt the supervisors took good care of her son while he was in prison. 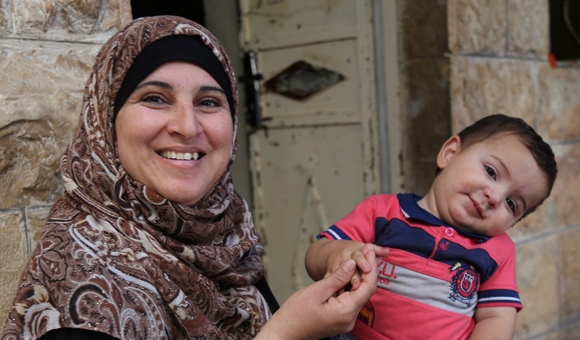 Jamal al-Tirawi told DCIP that party factions within the NPC handle any disciplinary actions related to the supervisors’ treatment of children, including removing individuals from their roles, if necessary.

Despite improvements in daily prison life, younger children, like Ammar show signs of emotional distress behind bars. Ammar reported missing his mom and having trouble sleeping. “You are just constantly praying that your day to be released will come soon,” Ammar said to DCIP.

Few children under the age of 14 go to prison, and if so, they typically serve shorter sentences. Statistical data from IPS for November 2015 showed that three children under 14 were all serving sentences of less than three months. Only one child was serving a three to six month sentence.

Regardless of a child’s age, it takes a while to adjust to life inside Megiddo. For the first one or two weeks, new child detainees most often sleep in cell two, which has three IPS surveillance cameras. Initially designed to monitor children with suicidal tendencies, cell two is now generally used to observe children as they make the psychologically stressful transition to prison life.

Following the transition period, new detainees are assigned to a cell where they will spend the majority of their time. Each cell, measuring 5.5 meters by 3.5 meters (18 feet by 11.5 feet), contains five bunk beds, an enclosed toilet, as well as a sink and a television. During his eight months of imprisonment, Ammar spent 18 to 20 hours of each day in this small space, including meal times.

In the winter, children told DCIP that the prison is often very cold, and the allotted blankets and heaters are insufficient. Some purchase extra sheets from the canteen at the prohibitive price of 140 NIS ($32.50) per sheet. Summers can also be uncomfortably hot, despite the five fans provided for each room.

Although classes are offered at Megiddo five days a week, five of 25 children self-reported on a DCIP survey that they did not attend classes. Children who did attend classes reported that they attended an average of two or three times per week. The classes consist of two subjects only, Math and Arabic.

When children are not in their cells or classes, they spend their time in one of three places: the yard, the canteen, and the library. Ammar spent most of his free time in the yard playing ping-pong with his cellmates. He told DCIP he was one of Megiddo’s champions. Other children work out on the pull-up bars or just walk around the yard.

At the canteen, children can purchase items such as packaged snacks and drinks. Cigarettes are sold as well, despite the fact that both Palestinian and Israeli law forbid the sale of cigarettes to minors. Canteen prices are typically double or even triple “outside” prices, children reported. A candy bar, which would usually cost Ammar 2 NIS ($0.50), is sold for 5 NIS ($1.25) in prison.

The library was created in 2011, when the supervisors began storing books collected from the 11 adult sections of Megiddo in an empty cell. The room now holds an array of fiction and non-fiction books. A few children are in charge of managing the library. Like all the chores in prison, the supervisors divide the tasks among the children.

One such task is meal preparation. Child prisoners prepare breakfast and dinner for the section, under the oversight of the supervisors, in a makeshift kitchen located under a metal staircase in the yard. According to a former child prisoner who cooked the meals, this space is about 2 meters by 4 meters (6.5 feet by 13 feet). Since there is no oven, all the cooking takes place on two electric burners. The children sometimes create a makeshift broiler by hanging an electric hot plate upside down from the stairs, with a tray of food below. Instead of knives, which are prohibited by the IPS, children use the sharp edge of a can lid to chop vegetables. Since there is no cafeteria, the meals are served and consumed in the individual cells.

The Palestinian Authority funds the food purchases for the juvenile section, allocating $100 (400 NIS) per month per prisoner for food, which can amount to a substantial sum. Dadash, the same Israeli company that stocks the juvenile section's canteen, fulfills the bulk food orders for raw ingredients such as rice and meat. "In my personal view, costs like food and toothbrushes should be the responsibility of the Israeli authorities," Abdullah Zughari, Chief of Staff, Commission of Detainee and Ex-Detainee Affairs, said to DCIP.

Typically, the diet is of adequate nutrition, consisting of Palestinian foods, such as hummus, labneh (strained yoghurt), and fuul (fava beans). A few times a month, the supervisors order specialty items, like organic chicken, to celebrate a holiday or a release.

When Ammar left prison on December 4, after completing a six-month sentence, the juvenile section held a party. One ex-detainee, Taher, described the release parties this way: “We gather in the person’s room. We listen to music and laugh together. Eventually, the party ends and we shake hands and kiss the child goodbye.”

This is the first of a four-part series about Palestinian children’s experiences in an Israeli prison. The information in these pieces primarily draws from interviews and survey data conducted by DCIP staff. All children surveyed and interviewed were current or former prisoners at Megiddo between 2013-2015. The features also rely on information supplied by the Palestinian Ministry of Education, the Commission on Detainees and Ex-Detainees Affairs, the International Committee of the Red Cross, current and past heads of the adult prisoner supervisory group for Ofer, Megiddo, and Hasharon prisons, the YMCA Hebron Office, and the Palestine Counseling Center as well as statistics provided by the IPS.