A photo of Mesleh in a frame he made from scraps while a prisoner in Megiddo. (Photo: DCIP)

Ramallah, April 13, 2016—At the age of 16, Mesleh M. was arrested. He denied the charge of throwing Molotov cocktails, but was convicted and served one year in Megiddo prison. During military arrest, Mesleh was exposed to multiple forms of trauma, which went untreated throughout his incarceration and eventual release in April 2015.

“When you receive help within the first hours and first days — or care, or someone to at least make you feel safe, back to routine and safety — mostly, the impact [of trauma] will be less,” Murad Amro, a clinical psychologist with the Palestine Counseling Center told Defense for Children International – Palestine.

Megiddo prison offers no formal psychological services to Palestinian detainees like Mesleh, who suffer violent arrest, coercive interrogation, and lengthy separation from their families. Untreated trauma, compounded by Megiddo’s meager educational offerings and the fear of re-arrest, slim a child’s chances of reintegrating into their community.

Military arrests, which often take place between midnight and 5 a.m., are a primary source of trauma for detained children. According to DCIP research, most child detainees undergo some form of ill-treatment at the hands of Israeli forces within the first 48 hours of their arrest.

Between 2012 and 2015, 41.7 percent of the 429 West Bank child arrests documented by DCIP happened at night. Many rights groups have highlighted the potential damaging effects of this practice. Night arrests can break down a child’s expectation of safety while sleeping and can lead to sleep disturbances, among other symptoms.

Beginning in February 2014, Israeli forces piloted a program to summon West Bank children for questioning instead of arresting them at night. However, a UNICEF report found that violations against children did not significantly decrease under the pilot program. The report stated, “Challenges in the implementation have been observed as some children have received summonses at night.”

Although Mesleh was not arrested when Israeli soldiers came to his house at 2:30 a.m., he was still awoken to the sounds of armed soldiers. After his father convinced the soldiers that Mesleh was sleeping at a relative’s house, they issued a summons for him to appear for questioning later that morning.

When he appeared for his summons, Mesleh was separated from his father and physically assaulted by an Israeli soldier. “He pushed me hard, knocked me down, and started kicking me all over my body and stepping on me. He punched me and slapped me several times. He kept beating me for about 10 minutes, while I was still on the ground,” Mesleh told DCIP.

Mesleh also witnessed his friend being physically assaulted by the same Israeli soldier while other soldiers laughed, according to his sworn testimony.

Over a four year period from 2012 to 2015, DCIP found that 75.5 percent of children endured some form of physical violence during military arrest.

Symptoms for PTSD can manifest in changes to a person’s cognitive abilities, mood, and arousal. Sleep disturbances, increased aggression, hypervigilance, detachment, and disinterest in previous activities are all manifestations of the disorder.

Coercive interrogations are another frequent feature of military arrest and expose children to further emotional strain. No lawyer or family member was present when an interrogator accused Mesleh of throwing stones and making Molotov cocktails, despite the fact that he was a minor.

When he denied the accusations, Mesleh told DCIP that the interrogator punched and choked him with a scarf. He was also shown statements prepared during other children’s interrogations, incriminating him.

For children who confess to crimes they did not commit or name other children in their confessions, the psychological toll can be heavy. Some fear revenge from community members after release, or struggle with feelings of guilt and shame.

Children are more vulnerable to providing false confessions under coercive conditions, according to rights group Physicians for Human Rights – Israel. In their opinion paper, “Coerced False Confessions: The Case of Palestinian Children,” humiliation, cruel treatment, long periods of questioning and mental or physical exhaustion, can all motivate a child to confess to a crime they did not commit in an effort to escape from their situation.

Many current and ex-child prisoners interviewed by DCIP reported feeling a sense of relief when the interrogation period was finished and they were placed in Megiddo. Since 2009, daily life in the juvenile section has been managed by a group of Palestinian adult prisoners. The child detainees typically have few interactions with the Israeli prison guards.

Following a 2009 agreement permitting the Palestinian group, the National Prisoners’ Committee (NPC) to elect adult Palestinian prisoners to supervise the juvenile section, abuses against children decreased, Jamal al-Tirawi told DCIP. Al-Tirawi, himself, was imprisoned for 16 years, during which time he became the head of the NPC. Yet, the initial trauma of military arrest remains unaddressed with children largely left to cope with their mental anguish on their own.

The adult prisoners who attend to the social and emotional issues of the arrested children receive no formal training for their role. As prisoners themselves, many have likely experienced trauma as well.

“Evangelicals say, ‘The blind cannot lead the blind.’ What I’m referring to is the traumatized can’t really help the traumatized — except maybe only in one sense, they can go through normalization,” Amro said to DCIP.

For the first few weeks, the Palestinian supervisors instruct the children not to share details about their individual cases. While this measure may help protect children from the risk of recruitment, it does little to help them process their recent trauma. When trauma goes untreated, distressing memories can be repressed, but will resurface in symptoms later. “Manifestations of trauma are very much variable and wide,” Amro told DCIP.

Rather than attempting to address the child’s growth as a whole, Megiddo prison has adopted a bare bones approach to education. Based on the information DCIP gathered, classes at Megiddo are irregular and focused on basic literacy and math skills only. 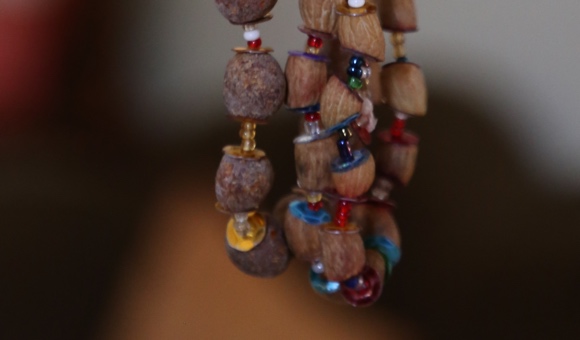 After classes, teachers sit with the students if they want to draw, make crafts, or play with board games donated by the International Committee for the Red Cross.

Although the Israel Prison Service (IPS) administers both prisons, Ofek — where Israeli juveniles convicted of criminal offenses are held — has a robust, therapeutically-driven educational program. “Even the name Ofek (which means horizon in Hebrew) was chosen with great care; it conveys the idea that juveniles still have a horizon, that their future can be oriented toward rehabilitation and change,” a 2007 IPS issued newsletter stated.

Ofek offers Israeli juvenile criminal offenders a petting zoo and a wide array of extracurricular activities. The goal of these tools, according to the newsletter, is to pursue creative solutions for youth who have already committed violent or sexual crimes.

“Every special interest group at Ofek, from meditation to soccer, becomes a therapeutic tool that provides another way of getting through to these adolescents, even if the route is indirect.”

Ofek’s staff is highly trained and includes teachers, psychiatrists, psychologists, and social workers. Before release, each Israeli juvenile prisoner takes part in several hours of counseling and therapy. A halfway house was also established for Ofek detainees in their final three months before release, with the stated goal of easing transitions.

Palestinian juvenile prisoners in Megiddo, most of whom are convicted of throwing stones, enjoy no comparable therapeutic activities. When not in class, they exercise in the yard, watch television in their cells, or visit the canteen.

After being released from prison, many Palestinian child ex-prisoners struggle to reintegrate into their communities, DCIP research found. Some continue to behave as if they are still in prison: self-restricting their movements, reducing their social contact, and spending long hours watching television.

Suspended sentences — which set a mandatory minimum sentence if a child is convicted of a new offense within a specified time period after their release— are also a negative factor in children’s return to civilian life.

Out of 297 cases closed by DCIP lawyers between 2012 and 2015, in all 295 cases that resulted in convictions, children received suspended sentences.

Suspended sentences dramatically impact a child’s ability to reintegrate into their communities. As Ala' Abu Ayyash, psychosocial supervisor of the YMCA’s Hebron office told DCIP, children who have been arrested dread interacting with soldiers, and sometimes avoid leaving their houses or traveling outside their villages.

In Mesleh’s case, his suspended sentence meant he would automatically be re-imprisoned for a year, if convicted of committing an offense within five years of release.

“I used to follow the soldiers around all the time. Me and my friends would watch where they went and see what they did. Now, when I hear soldiers are around, I go a different direction.”

This is the final installment in a four-part series about Palestinian children’s experiences in an Israeli prison. The information in these pieces primarily draws from interviews and survey data conducted by DCIP staff. All children surveyed and interviewed were current or former prisoners at Megiddo between 2013-2015. The features also rely on information supplied by the Palestinian Ministry of Education, the Commission on Detainees and Ex-Detainees Affairs, the International Committee of the Red Cross, the current and past heads of the adult prisoner supervisory group for Ofer, Megiddo and Hasharon prisons, the YMCA Hebron Office, the Palestine Counseling Center, as well as statistics provided by IPS.