Three children stand near a site where Israeli authorities had recently demolished Palestinan homes near the West Bank city of Tubas, in the northern Jordan Valley. (Photo: DCIP / Cody O’Rourke)

Ramallah, February 6, 2017—Evictions, demolitions, and UXO are constant risks for Palestinian children living in areas of the Jordan Valley that Israel has declared as “firing zones,” where Israeli battalions regularly assemble to hone their combat skills. Before tanks can shoot off missile rounds and soldiers can carry out practice missions, goats are removed, animal pens and tents dismantled.

“During 2016, we were forced to evacuate our houses around 30 times,” said Abdulaziz Abu Kbash, a father of seven. Abu Kbash lives with his family in a makeshift metal structure near Homsa, which is part of the West Bank governorate of Tubas, in the northern Jordan Valley.

In the summer, home evictions during Israeli military practices put children at risk of dehydration and prolonged sun exposure. “We wait in the sun for hours,” said Abu Kbash. “The children get very tired from being outdoors.”

Winter, with rain and lower temperatures, is not much better. After Abu Kbash’s family had been forced to stay outside during an Israeli drill in February 2016, his daughter fell ill for several days.

Even more frightening are the UXO the Israeli soldiers leave in their wake. “Tanks, live ammunition, and shells are used in drills not that far from our houses,” said Abu Kbash. “When we return, we find shell shrapnel and some other remnants near the houses. Our biggest fear is that one of the foreign objects could explode and hurt our children.

Animals, the primary source of livelihood for Abu Kbash’s family, are not immune to Israel’s military activities in the Jordan Valley, either. Extra time animals spend walking or waiting in hot temperatures cost the family in water, which they have to purchase from cities approximately 9 miles away. 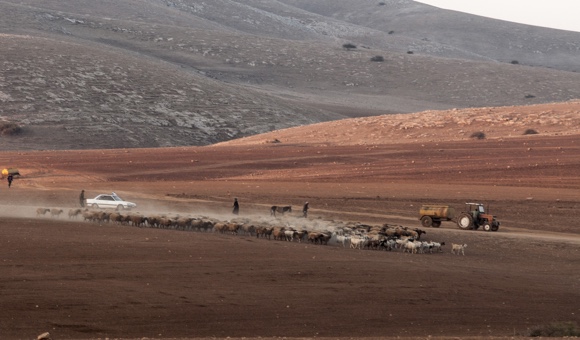 Makeshift homes like Abu Kbash’s dot the length of the mostly arid strip of land known as the Jordan Valley that stretches along the Jordanian border. Against this often challenging landscape, Bedouin and other livestock-based communities have long practiced their way of life.

Israel’s military annexation and subsequent occupation of the West Bank in 1967 represented a significant interruption to these remote communities’ customs and livelihoods.

Although comprising 30 percent of the total West Bank Palestinian land space, the bulk of the Jordan Valley now falls under Area C, “virtually of which is prohibited for Palestinian use, earmarked instead for the use of the Israeli military or under the jurisdiction of Israeli settlements,” according to the Office for the Coordination of Humanitarian Affairs (OCHA).

Approximately 3,400 Palestinians live in the especially restrictive closed military or “firing zones.” These ill-defined areas on and around Palestinian communities are used by Israeli military personnel for training purposes. Ahead of planned military exercises, Israeli authorities clear people, animals and structures from the area.

When Defense for Children International - Palestine visited Abu Kbash in late September of 2016, he had recently received a temporary eviction notice. On September 16, the Israeli civil administration ordered all the families in the vicinity, including 51 children, out of their homes between 7 a.m. and 11 a.m. on September 22, 29, and 30. 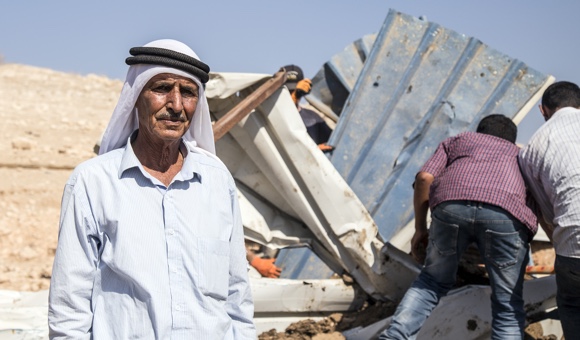 Even when drills are not actively in progress, Palestinian children residing near or inside firing zones live under the constant threat of displacement.

On September 27, 2016, Mahmoud Ayyoub was at a Jenin hospital with one of his children when he received a troubling phone call. Israeli forces had entered his village, Ein Al-Beida, located on the northern tip of the Jordan Valley, the caller said. He learned that the makeshift homes and tents that provided shelter to his seven adult children and 15 grandchildren had all been demolished.

“I was told that soldiers came at around 8:30 a.m. and threw all our belongings outside. They kicked the women and children out in their sleeping clothes without explaining the reason for the demolition,” said Ayyoub, who has lived in Ein Al-Beida for 15 years.

Now, Ayyoub says, the Israeli army is preventing him from rebuilding. He told DCIP that soldiers regularly monitor the area to ensure that no rebuilding has occurred. 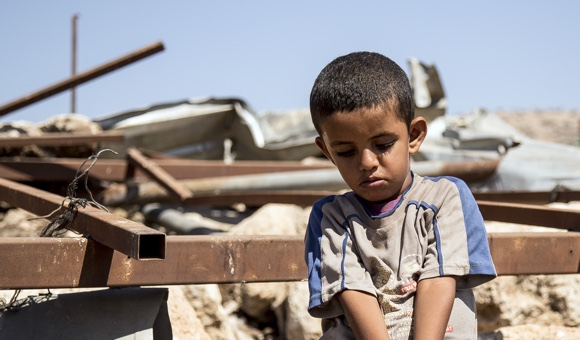 Earlier in the month, on September 7, Daifallah al-Faqeer’s six children watched two Israeli bulldozers destroy their home in Aqaba, a few miles east of Tubas. “My children were really terrified by the soldiers, who smashed everything in front of them,” their father told DCIP.

“It was a difficult time for all of us to see everything we had built being torn down,” al-Faqeer said.

Al-Faqeer was only given two hours notice that three housing and four animal structures would be demolished because they lacked the necessary permits. His family rushed to save what they could before the demolition started.

“We stayed in the open until some residents in the neighboring area gave us some tents to live in,” said al-Faqeer. “I am currently trying to rebuild what has been destroyed.” 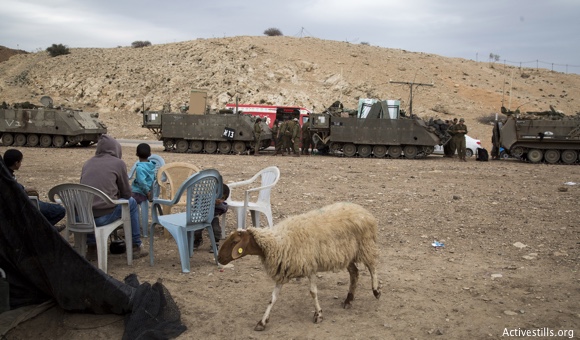 In the months since DCIP visited these three families, Israel carried out at least four evictions or demolitions in the northern Palestinian villages of the Jordan Valley. Residents of Khirbet Al-Ras Al-Ahmar were evacuated in October and November, Khirbet Ibziq in December of 2016, and Khirbet al-Kurzaliya in January of this year.

Since 1967, Israel has pursued a discriminatory policy of demolishing Palestinian homes and essential structures, including water systems, livestock pens, solar panels, and even tents and shelters provided by international aid organizations throughout the West Bank, including East Jerusalem.

In 2016, Israel's demolition rates were the highest ever recorded since OCHA began tracking the issue in 2009. Altogether, Israel demolished, dismantled, or othrwise confiscated 1,089 Palestinian-owned structures in the West Bank, including East Jerusalem, displacing 1,593 people. OCHA’s Demolitions Database shows that 15 of these incidents took place in Area C of the Jordan Valley, impacting 98 structures and 124 children.

Demolitions and evictions deny Palestinians the right to live securely and deny children an adequate standard of living, education, health, and psychological well-being.