Palestinians gather amidst the rubble in front of Gaza City’s collapsed Al-Sharouk tower after it was targeted in an Israeli airstrike on May 12, 2021. (Photo: AFP / Mohammed Abed)

Hamza Mahmoud Yassin Ali, 12, was struck by shrapnel from an Israeli drone-fired missile in Gaza City’s Shuja’iyya neighborhood around 1 p.m. on Tuesday and died the following day. Hamza was participating in a funeral procession near his home when he sustained wounds to his abdomen and lacerations on his limbs, according to documentation collected by Defense for Children International - Palestine. He was transported to Shifa hospital in Gaza City in critical condition and died early Wednesday morning.

A U.S.-sourced Israeli Apache attack helicopter killed two Palestinian children and critically injured a third on Wednesday afternoon in Al-Fukharia village southeast of Khan Younis, located about 3 kilometers (1.8 miles) from the Gaza perimeter fence. Hamada Attia Abed al-Emour, 13, was on his way to a store near his home around 5:30 p.m., accompanied by his two cousins, Ammar Tayseer Mohammad al-Emour, 10, and Elyan Moneer Ibrahim al-Emour, 12, when the Israeli attack helicopter fired two thermal flares and then a missile in the direction of the children, according to documentation collected by DCIP. At the time of the missile attack, the street was open and completely quiet. 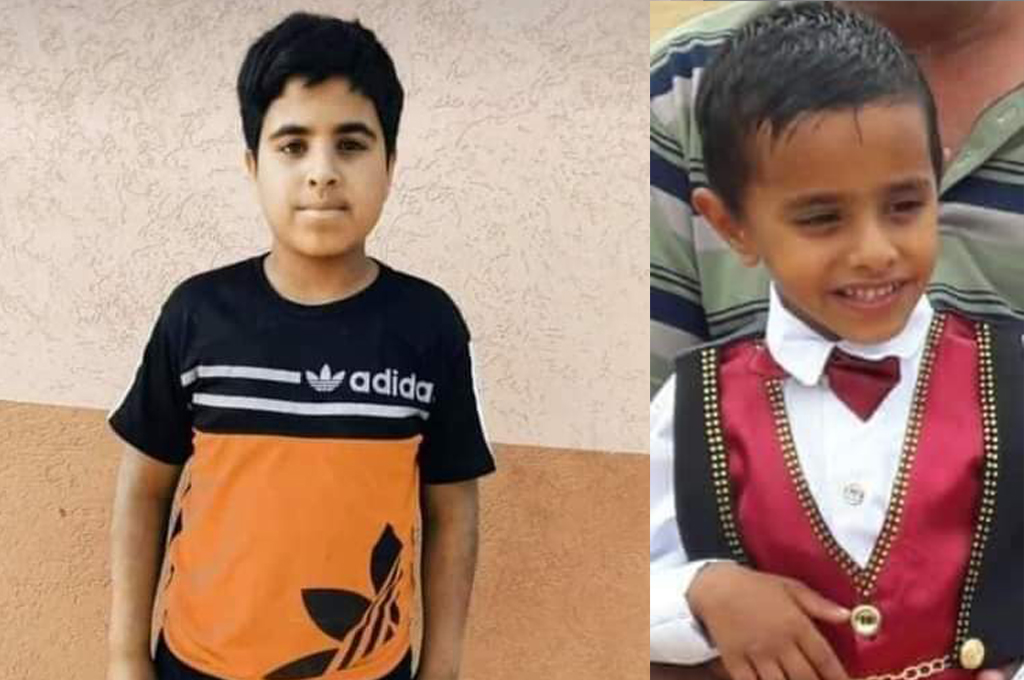 The helicopter-fired missile directly hit Hamada and Ammar, dismembering and killing them both instantly. Elyan, who was walking five to six meters (16-20 feet) in front of his cousins, was struck with shrapnel in the abdomen, according to documentation collected by DCIP. All three children were transported to the nearby European hospital where doctors pronounced Hamada and Ammar dead. Eylan was later transferred to Khan Younis’ Nasser hospital and remains in critical condition as of midday on May 13.

An Israeli warplane fired a missile in Shaafout neighborhood, located in southeastern Gaza City, around 9:15 p.m. Wednesday night, killing 13-year-old Yahya Mazen Shehada Khalifa. He was on his way to a shop near his home when the Israeli missile exploded in front of an auto repair shop located on Salah al-Din Street, the Gaza Strip’s main roadway, according to documentation collected by DCIP.

Yahya died instantly in the blast, and his body was dismembered. Dozens of area residents and passers-by were injured, and a large number of neighboring houses were damaged, according to evidence collected by DCIP. Yahya was taken to Shifa hospital in Gaza City where he was pronounced dead.

Hamza Mahmoud Yassin Ali, 12, was struck by shrapnel from an Israeli drone-fired missile in Gaza City’s Shuja’iyya neighborhood around 1 p.m. on Tuesday and died on May 12, 2021. #GazaUnderAttack pic.twitter.com/ED5CBD35X6

DCIP continues to investigate other incidents to determine if children were victims and to identify the responsible parties.