Israeli authorities have detained Mohammad Ghassan Ahmad Mansour, 18, for over a year without charge or trial pursuant to administrative detention orders. The United Nations Working Group on Arbitrary Detention found that Mansour’s imprisonment amounts to arbitrary detention. (Photo courtesy of the Mansour family.)

Ramallah, April 28, 2022—Israeli authorities are unlawfully detaining a Palestinian teen by holding him without charge or trial according to an opinion adopted this month by a United Nations human rights body.

The United Nations Working Group on Arbitrary Detention adopted an opinion during its 93rd session this month finding that Israeli authorities’ imprisonment of Palestinian teen, Mohammad Ghassan Ahmad Mansour, 18, amounts to an arbitrary detention and called for Mansour’s immediate release. Israeli authorities detained Mansour from his family home in the occupied West City of Jenin around 2 a.m. on April 9, 2021 when he was 17 years old. Mansour has been imprisoned without charge or trial pursuant to administrative detention orders ever since.

The Working Group found that Mansour’s detention lacks legal basis, that Israeli authorities denied his right to a fair trial, and that he was detained on a discriminatory basis, namely his national, ethnic, and social origin. The opinion noted that Israeli authorities’ use of administrative detention follows familiar patterns of due process rights violations and indicated that “under certain circumstances, widespread or systematic imprisonment or other severe deprivation of liberty in violation of the rules of international law may constitute crimes against humanity.”

The Working Group is a body of independent experts that meets three times per year in Geneva, Switzerland to produce reports and investigate individual cases of deprivation of liberty imposed arbitrarily or inconsistently with the international law. The recent Working Group opinion concerning Israeli authorities’ arbitrary detention of Mansour was issued in response to a complaint filed on Mansour’s behalf by Defense for Children International - Palestine in September 2021.

Administrative detention is a form of imprisonment without charge or trial regularly used by Israeli authorities to detain Palestinians, including children. Palestinian children held under administrative detention orders are not presented with charges, and their detention is based on secret evidence that is neither disclosed to the child nor their attorney, preventing them from preparing a legal challenge to the detention and its alleged basis, according to documentation collected by DCIP.

Previously, the Working Group issued a similar opinion in November 2021 in response to a complaint DCIP filed on behalf of 18-year-old Amal Nakhleh, who, like Mansour was detained by Israeli forces when he was 17 and has been held pursuant to administrative detention orders without charge or trial for over a year. 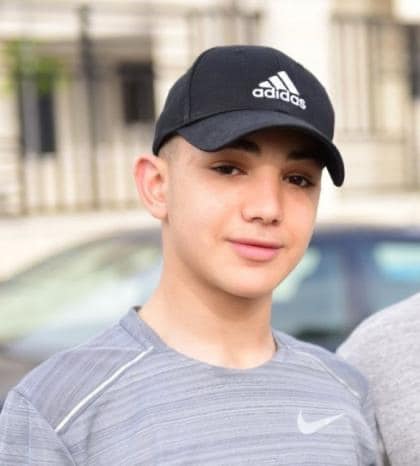 Nakhleh suffers from myasthenia gravis, a rare chronic autoimmune, neuromuscular disease that causes muscle weakness, including in the muscles used for breathing and swallowing. His condition requires ongoing medical treatment and that he take medication regularly and without interruption.

Israeli authorities recently released 17-year-old Wadea E. after he spent 197 days imprisoned without trial or charge. Israeli forces detained Wadea on September 14, 2021 while he was working at a car wash in the city of Al-Taybeh in central Israel. Israeli military court judges approved two administrative detention orders against him before he was released without charge on March 30, 2022. 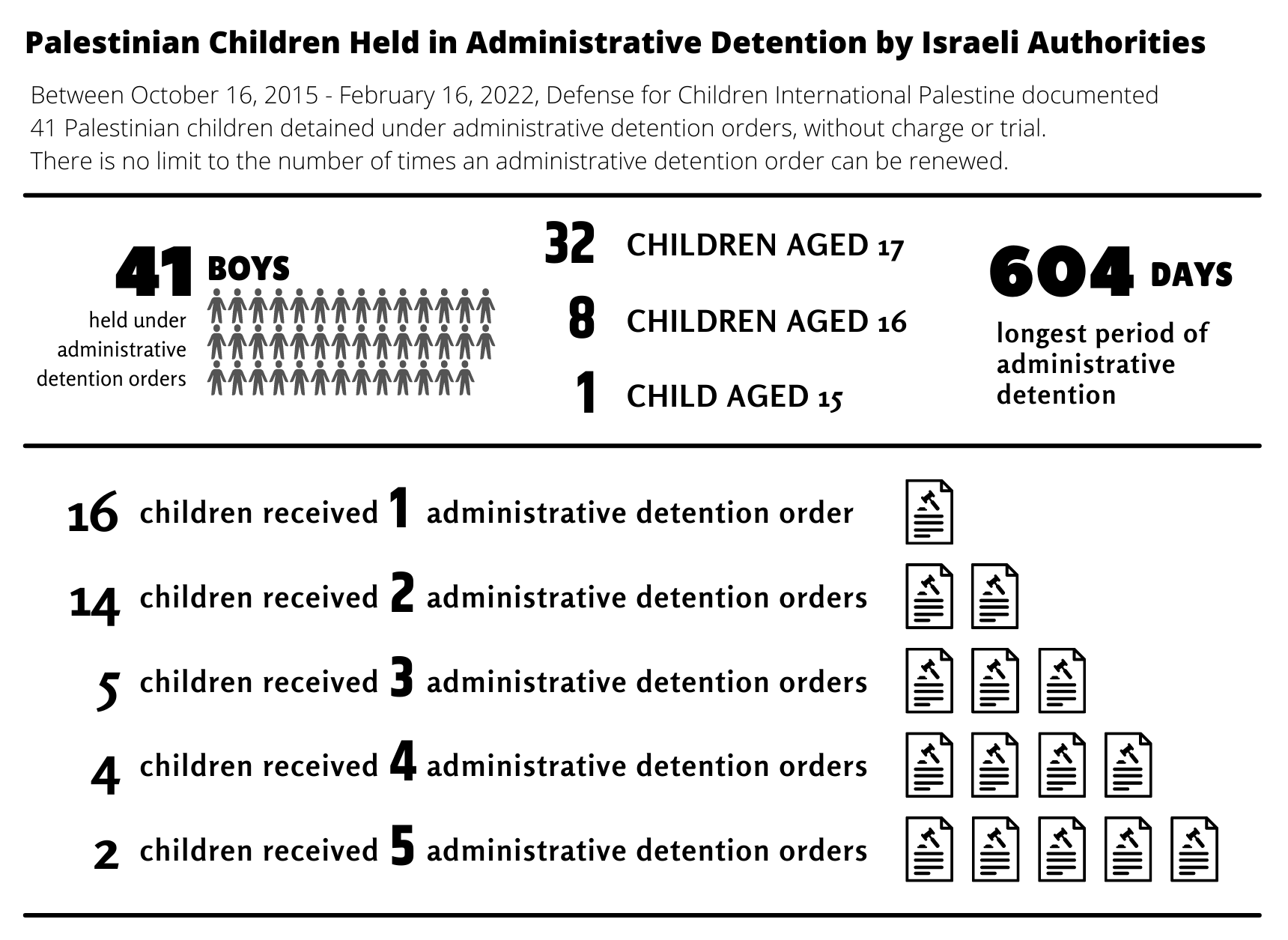 An estimated 500 Palestinian prisoners are currently detained pursuant to administrative detention orders, according to Addameer.