Defense for Children International - Palestine has confirmed that three children, Hussein Mohammad Adnan Madi, 13, Aladdin Yahia Ismail Zamili, 15, and Ibrahim Abu Sha'er, 17, all died after Israeli forces shot them during two weeks of Friday “March of Return” protests that took place on the Gaza side of the border. DCIP also documented three serious injuries to children in Gaza on March 30, both by live ammunition. Under international law, all individuals below the age of 18 are children.

“Israeli forces are using live ammunition for crowd control to disperse protesters in Gaza, ignoring their obligation under international law to only resort to intentional lethal force when a direct, mortal threat to life or of serious injury exists,” said Ayed Abu Eqtaish, Accountability Program director at DCIP. “The cost of systemic impunity is that wilful killing of civilians is now routine, putting Palestinian children at higher risk of death and critical injury.” 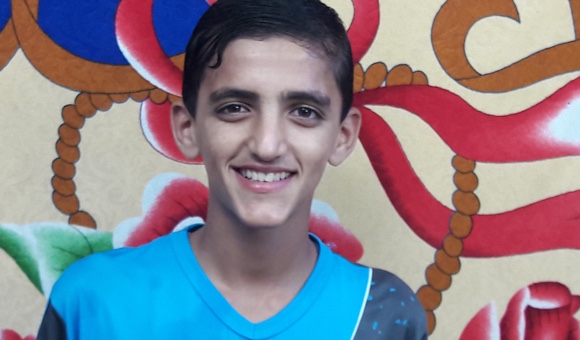 On April 6 around 6 p.m., Israeli snipers across the border fence killed Aladdin near Rafah, in the southern part of the Gaza Strip. The boy and his cousin had joined a group of Palestinians marching toward the border, according to witness testimony collected by DCIP. He sustained a gunshot wound to his neck and was later pronounced dead at Abu Yousef al-Najjar hospital in Rafah.

Two hours earlier that same day, east of Gaza City, Israeli forces shot 13-year-old Hussein, striking his abdomen. An eyewitness told DCIP that Hussein had joined a peaceful march that afternoon. He was declared dead at Shifa hospital in the northern Gaza Strip. 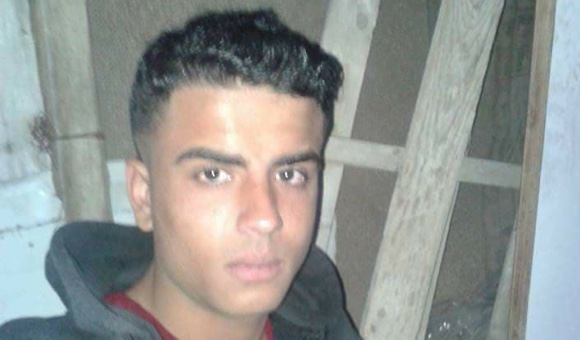 The previous Friday, Israeli forces fatally shot Ibrahim after he threw stones at forces stationed behind Israel’s border fence, according to witnesses. The boy was approximately 70 to 100 meters (230 to 328 feet) from the soldiers at the time that he was shot twice, in the neck and back of his head, witnesses told DCIP.

Abdel-Raheem W., from the northern Gaza Strip’s Jabalia refugee camp, lost his ability to speak after Israeli forces shot him. The bullet went through his jaw, cutting off part of his tongue.

Mohammad O., from Al-Bureij refugee camp in central Gaza Strip, sustained a gunshot wound to his head. Mohammad underwent surgery in Shifa hospital and has since been discharged.

Local media reported that the “March of Return,” which began on March 30, will continue for six weeks, in protest of Palestinian refugees’ inability to return to properties lost during the establishment of the state of Israel in 1948.

Since 2005, when Israel unilaterally declared a strip of Palestinian territory along the Gaza-Israel border a “no-go zone,” the border area has become a site of frequent danger. Israeli forces often enforce the “no-go zone” with live ammunition.

While complete reports of the number of Palestinians killed or injured since March 30 are yet to be released, the Palestinian Red Crescent Society reported treating approximately 704 injured Palestinians in the Gaza Strip on April 6. Nearly half of these injuries were from live ammunition.

Israel deployed over 100 snipers ahead of the march and authorities throughout have maintained that forces are employing “riot dispersal” means first and using “fire in accordance with the rules of engagement.”

Live fire, which constitutes a lethal amount of force, may only be used when a direct threat to life or of serious injury exists, under international law.

Despite this, a preliminary Israeli investigation into a soldier who shot a Palestinian’s leg when he approached the border fence last December, found no misuse or disproportionate use of force.

In a statement on April 8, International Criminal Court Prosecutor Fatou Bensouda said the current situation was “under preliminary examination.”

Between March 1 and March 29, DCIP documented 14 additional injuries to Palestinian children across the Occupied Palestinian Territory, including 10 children in the Gaza Strip. Nine of the injuries were from live ammunition.