Israeli forces raided the camp overnight and clashes erupted, according to sworn testimonies from two witnesses collected by Defense for Children International - Palestine. Aws Mohammad Yousef Salameh, 16, was chasing military vehicles on foot with a group of youths when Israeli forces opened fire. Aws sustained a fatal gunshot wound to the abdomen. He was shot alongside Saad Salah, 21, who died at the scene.

Locals took Aws in a private vehicle to Jenin governmental hospital where he succumbed to his wounds around 8 a.m., according to his father, Mohammad Salameh. Doctors said his son was injured by a “dum-dum type” bullet that “ripped through his liver, lungs, and spleen,” Salameh told DCIP.

The use of expanding and exploding bullets is a violation of international humanitarian law and amounts to a war crime under the Rome Statute of the International Criminal Court. Israeli authorities should carry out an immediate and transparent investigation into the alleged use of a dum-dum bullet, also known as an expanding bullet, during the raid. 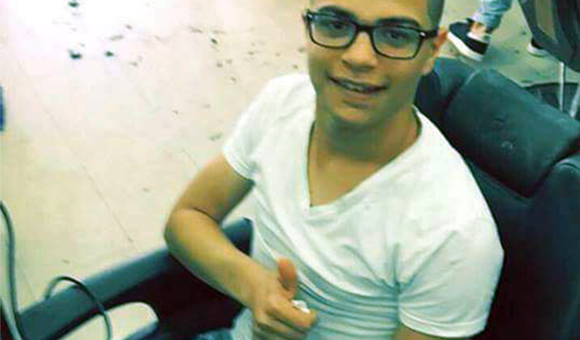 The Israeli army told local media that the military was carrying out an “operation” in the camp when Palestinian gunman opened fire at the forces and locals threw Molotov cocktails, and Israeli forces opened fire in response.

Israeli and Palestinian forces regularly carry out armed raids across the Occupied Palestinian Territory that often result in trauma, injury and sometimes death to children. An average of 75 raids every two weeks in the West Bank alone were carried out by Israeli forces so far in 2017, according to the United Nations Office for the Coordination of Humanitarian Affairs (OCHA).

Israeli forces in February seriously injured 17-year-old Jenin camp resident Islam Fayeq Hussein Debayah, shooting him in the back as he was running away from clashes that erupted during a raid.

According to DCIP research, 2016 was the deadliest year for children in the West Bank, including East Jerusalem, with 32 fatalities at the hands of Israeli forces and security guards recorded. Across the West Bank, 103 Palestinian children also sustained live ammunition injuries last year, according to OCHA.

Accountability for fatal shootings of minors by Israeli forces remains extremely rare. Only one incident, the fatal shooting of Nadeem Nawara, 17, in May 2014, has resulted in both an investigation and indictment.