Israeli soldiers opened fire at four children who approached the border near Al-Shouka southeast of Rafah in the southern Gaza Strip on February 17, killing Abdullah Ermilat, 14,  and Salem Sabah, 16. Ahmad H., 15, and Salim S., 17, were injured by artillery shell shrapnel, according to evidence collected by Defense for Children International - Palestine.

“We did not have anything with us,” Salim told DCIP. “They could have come over the fence to arrest us but they shot at us with bullets and shells without mercy. They wanted to kill us,” Salim said.

Salim told DCIP that the four children approached a separation fence around 9 p.m. with the intention to cross from the Gaza Strip in search of work inside of Israel. They were around 30 to 50 meters (98 to 165 feet) from the fence when they came under fire, according to the teenager. 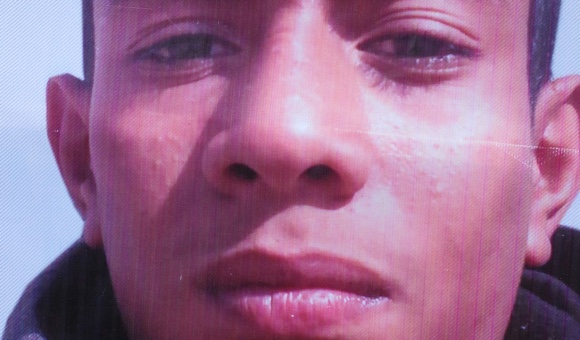 “I heard the sound of an Israeli tank moving inside of the border and it began to shoot at us,” Salim said.

Israeli forces shot Abdullah in the abdomen and right thigh, and Salem in the abdomen with live ammunition, according to initial reports. Human rights group Al Mezan reported that “no medical teams were permitted by the Israeli authorities to retrieve the bodies until the morning of the next day.”

Earlier that day, Israeli forces reported that an object at the border exploded in the southern Gaza Strip, severely injuring two soldiers and wounding two others. Israeli forces launched a series of air strikes on the Gaza Strip between February 17 and 18.

While international law requires that intentional lethal force be used only when absolutely unavoidable, DCIP evidence has determined on several occasions that children killed by live ammunition did not pose a direct, mortal threat at the time of their death.

DCIP has also documented a total of 12 cases of Palestinian children injured by live ammunition or crowd control weapons at the hands of Israeli forces along the Gaza Strip border with Israel between January 1 and February 17. In most cases, children reported that Israeli forces opened fire from behind a barrier or fence, or from inside of a watchtower, according to DCIP documentation.

The border area, often referred to as the “buffer zone,” is a site of frequent danger for Palestinian children in the Gaza Strip. In 2005, Israel unilaterally declared an area of Palestinian territory along the Gaza-Israel border a “no-go zone,” restricting Palestinians from accessing their own lands. The exact range of the buffer zone is unclear and Palestinians often only know they have entered the area when they encounter Israeli fire. 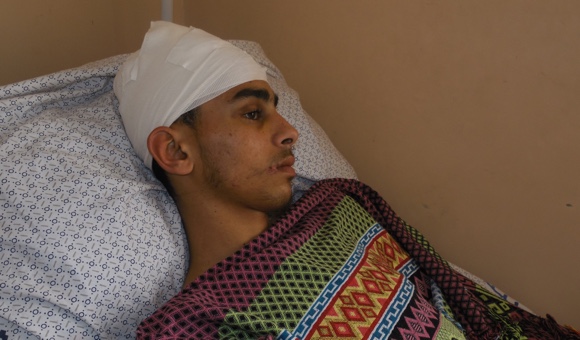 On February 9, Israeli forces severely injured Mohammad Saleh, 16, and moderately injured Ahmad Musleh, 17, during protests along the border with Israel in the northern Gaza Strip.

Mohammad was hiding behind a hill east of Jabalia when an Israeli soldier fired a tear gas canister in his direction from around 50 meters (164 feet). The canister hit the right side of his head causing skull fractures and internal bleeding in his brain.

In a separate incident near the Erez crossing, Ahmad was reportedly standing around 150 meters (164 yards) from the border with a group of youth when Israeli forces fired live ammunition from a watchtower and hit his right leg. Ahmad told DCIP that he was not actively participating in clashes at the time he was shot.

The number of Palestinian children to face injury in the OPT at the hands of Israeli forces saw a spike since December. Forces used widespread force to quash Palestinian protests launched after U.S. President Donald Trump acknowledged Jerusalem as Israel’s capital on December 6. Protests have continued in the Gaza Strip on a weekly basis since.