Jana Majdi Issam Assaf, 15, was shot and killed by Israeli forces on December 11, according to documentation collected by DCIP. (Photo: Courtesy of the Assaf family)

Jana Majdi Issam Assaf, 15, was shot by Israeli forces between 10 and 11 p.m. on December 11 in the Al-Bayader neighborhood of Jenin in the northern occupied West Bank, according to documentation collected by Defense for Children International - Palestine. Jana sustained three gunshot wounds while on the roof of her family home while Israeli forces conducted arrest operations in her neighborhood. Neighbors found Jana’s body around midnight, after Israeli forces withdrew from the area, and a Palestinian ambulance transferred her to Jenin hospital, where she was pronounced dead.

“Palestinian children live in a hyper-militarized context where the Israeli military's nighttime incursions into Palestinian communities to arrest and intimidate Palestinian civilians is the norm,” said Ayed Abu Eqtaish, accountability program director at DCIP. “During these incursions, Israeli forces routinely resort to intentional lethal force in situations not justified under international law and make no effort to impartially investigate or ensure that Israeli soldiers act in accordance with international standards.”

Jana sustained two gunshot wounds to her upper chest and one to the right side of her head, according to information collected by DCIP. Doctors that examined Jana’s body at Jenin hospital alleged the bullet fragments and wounds were consistent with the use of expanding bullets by the Israeli military.

Israeli forces entered Al-Bayader neighborhood in the eastern part of Jenin around 10 p.m. on December 11, where they raided a supermarket and arrested three Palestinian men. Armed Palestinians confronted Israeli forces. After about an hour, Israeli forces withdrew from the area.

After Israeli forces withdrew from the apartment, the family found empty bullet casings on the floor under the southern window of the guest room. The family also reported hearing the sound of gunfire from the room they were detained in.

Last week, Israeli forces shot and killed another Palestinian child, 16-year-old Diyaa Mohammad Shafiq Rhaimi (Al-Rimawi). Israeli forces shot Diyaa with live ammunition on December 8 around 4:30 p.m. outside an Israeli military tower located between the villages of Aboud and Deir Abu Mashal, northwest of Ramallah in the central occupied West Bank, according to documentation collected by DCIP. Diyaa was with four other young Palestinians who were also injured by Israeli forces’ live fire. Diyaa was pronounced dead around 5:30 p.m. 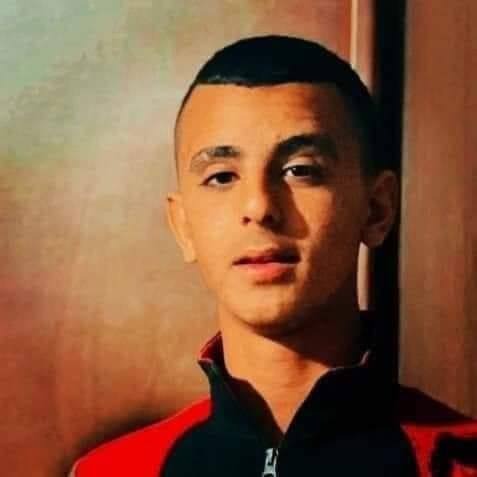 Israeli forces have intensified arrest operations and incursions into Palestinian cities in the occupied West Bank in recent months, leading to an increase in the number of Palestinian children killed by Israeli forces. Dozens of Palestinians have been killed in the West Bank since the Israeli military launched its Operation “Break the Wave” on March 31, 2022.

Israeli forces have killed 27 Palestinian girls in the occupied West Bank, including East Jerusalem, since 2000, including two this year, according to documentation collected by DCIP.