An Israeli security guard shot and killed Mohammad Nidal Younis Mousa, 15, after he allegedly committed a car ramming attack at an Israeli checkpoint on December 6, 2021. (Photo: Courtesy of the Mousa family)

Mohammad Nidal Younis Mousa, 15, was shot by an Israeli private security guard staffing an Israeli military checkpoint after he had reportedly carried out a car-ramming attack around 1:20 a.m. on December 6 at Jabara military checkpoint, located south of the occupied West Bank city of Tulkarem, according to documentation gathered by Defense for Children International - Palestine. Mohammad was transported to Meir Medical Center in Kfar Saba in critical condition. He succumbed to his wounds several hours later.

“Israeli forces routinely unlawfully kill Palestinian children with impunity, using excessive force and unjustified intentional lethal force,” said Ayed Abu Eqtaish, accountability program director at DCIP. “If a child is suspected of committing a criminal act, they should be apprehended in accordance with international standards and afforded due process of law.”

Mohammad had allegedly driven his father’s car into a group of private Israeli security guards staffing Jabara checkpoint, injuring one, according to information collected by DCIP. Video footage of the aftermath of the alleged car-ramming depicts a car crashed against a checkpoint booth and the sound of a single gunshot from a distance of about two meters (6 feet).

Mohammad left his family’s home in Nablus shortly after midnight, taking his father’s car, according to information collected by DCIP. Mohammad’s family notified Palestinian security forces that he had gone missing and went searching for him.

Israeli forces raided Mohammad’s family’s home around 4 a.m., ransacking the house and interrogating Mohammad’s mother and six-year-old brother, according to information collected by DCIP. Palestinian authorities informed Mohammad’s family around 7:30 a.m. that he had allegedly carried out the car-ramming attack, had been shot, and was in critical condition at Meir Medical Center located inside Israel in the city of Kfar Saba. The family learned from Palestinian authorities that Mohammad had succumbed to his wounds around 10 a.m., according to information collected by DCIP. 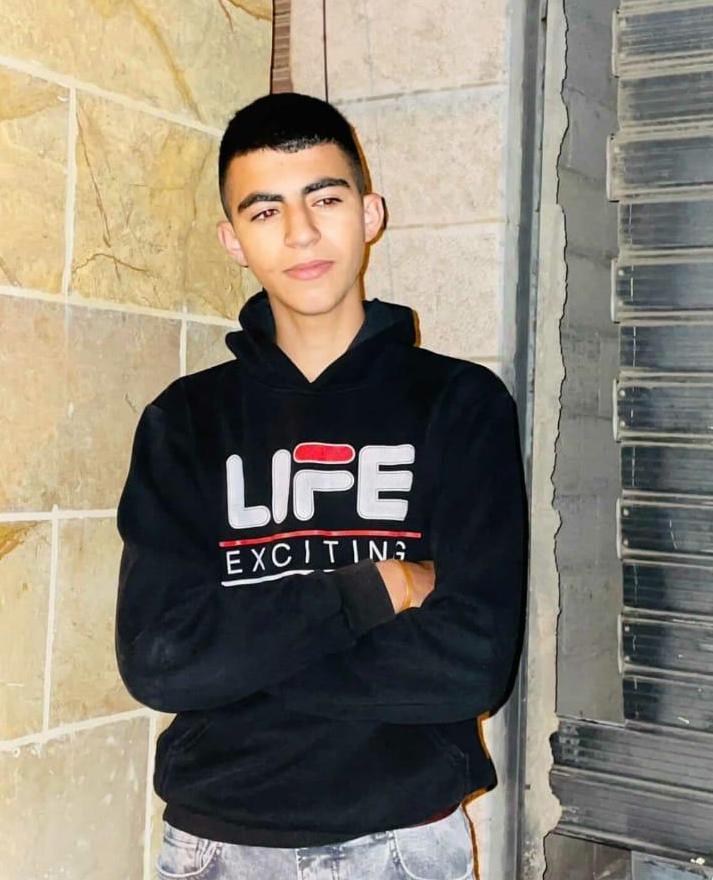 Mohammad is the 17th Palestinian child shot and killed by Israeli forces or civilians in the occupied West Bank, including East Jerusalem, since the beginning of 2021, according to documentation gathered by DCIP. An armed Israeli civilian shot and killed 16-year-old Omar Ibrahim Ayoub Abu Assab, after he allegedly stabbed two Israeli paramilitary border police officers in Jerusalem’s Old City on November 17.

International law requires that intentional lethal force be used only when absolutely unavoidable to protect life, and only when lesser means would be insufficient to apprehend a suspect.

Private Israeli security companies staff at least 14 military checkpoints in the occupied West Bank, as of 2016, according to Who Profits, an Israeli research center. The private security guards employed by these companies have policing powers, bear arms and are entitled to use force in performing their duties. Unlike soldiers who are monitored by army investigators, there is no automatic internal review mechanism for incidents involving the use of force for security companies, according to news media reports.