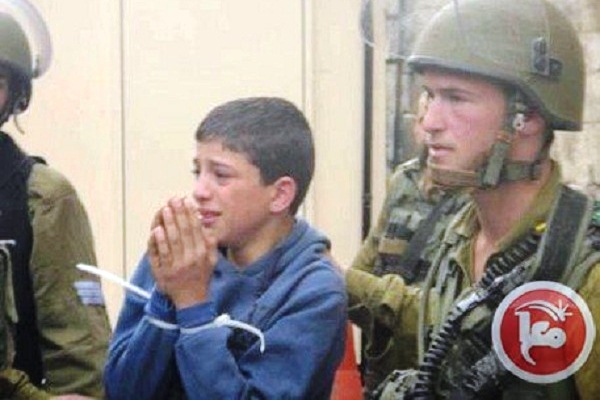 Ramallah, 3 April 2013—Military Order 1711 came into effect Tuesday, reducing the maximum time a Palestinian child can be detained by Israeli authorities prior to appearing before a military court judge for the first time. The new order shortened the time from four days to 24 or 48 hours depending on a child’s age.

“While this is a positive change, the widespread mistreatment of Palestinian children overwhelmingly occurs within the first 48 hours after an arrest,” said Ayed Abu Eqtaish, Accountability Program director at DCI-Palestine. “These reduced time periods will have no practical impact on ending systematic ill-treatment.”

DCI-Palestine evidence shows that within the first 48 hours after arrest, Palestinian children often suffer some form of physical violence and are interrogated without being informed of their right to silence and without the presence of an attorney or family member, rights Israeli children enjoy. Additional action must be taken to address the widespread and systematic ill-treatment that occurs during the arrest, transfer and interrogation of Palestinian children by the Israeli military before they ever appear in a military court.

More favorable time limits exist under Israeli civilian law, which is applied to Israeli children living in illegal Israeli settlement in the West Bank. An Israeli child below the age of 14 must be brought before a civilian judge within 12 hours of arrest. This increases to 24 hours in the case of older Israeli children. Under international law, no state is entitled to discriminate between people it exercises penal jurisdiction over on the basis of their race or nationality.