Ramallah, August 3, 2020—"Daily, I imagine Yousef standing in front of me. I cannot forget him,” Yasser Abu Jazar told Defense for Children International - Palestine. “If we buried him, it would be over, but because his fate is unknown, it is painful, but it also gives us hope that he is still alive.”

In September 2019, the Israeli Supreme Court approved the practice of confiscating human remains after several legal challenges to the policy. On November 27, 2019, Israeli Defense Minister Naftali Bennett ordered all bodies of Palestinians alleged to have attacked Israeli citizens or soldiers to be withheld and not returned to their families. Israel is the only country in the world with such a policy of confiscating human remains, according to Adalah.

Grieving and coping with loss of a child is obstructed by being unable to practice religious and traditional burial rituals. DCIP spoke with two families forced to navigate a perplexing Israeli system in order to attempt to obtain control of their child’s human remains. 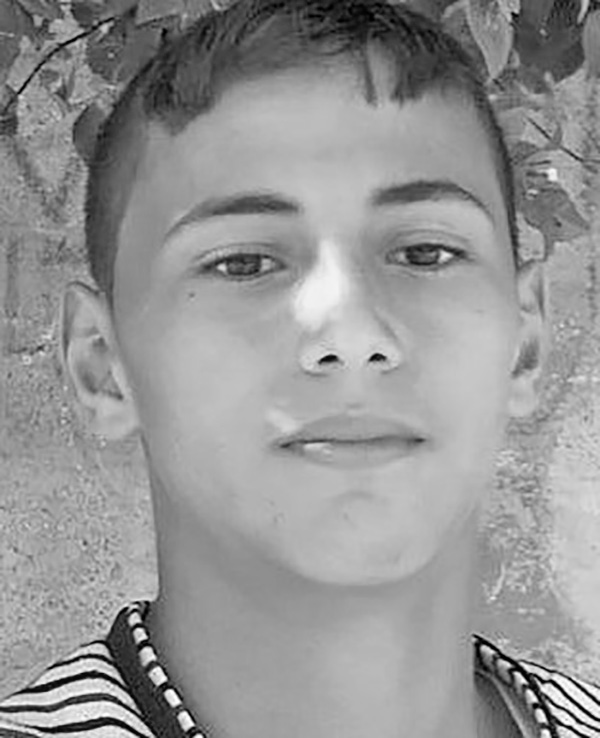 Nearly 2 million Palestinians live in the Gaza Strip and due to Israel’s closure policy, they are rarely able to leave except in exceptional cases such as an individual obtaining an unlikely medical referral to receive medical treatment in an Israeli hospital.

Israeli soldiers began shooting at Yousef the moment he crossed the fence, according to information collected by DCIP.

“I was hiding at a close distance, and I was terrified,” said Anis. “[I knew Yousef] was shot in his leg because I heard him screaming. His screaming and the sound of gunfire and the flares were terrifying.”

Abu Jazar told DCIP that he knew his son, Yousef, was out with friends on April 29, and later in the day he learned they were likely near the Gaza perimeter fence. Israeli forces detained Anis, so he was unable to inform Yousef’s family what had happened.

Searching for any news about their son, Yousef’s family did not know whether he was dead or alive. They began reaching out to news agencies, government officials, organizers of the Great of March of Return protests, and asking relatives residing in Israel to inquire about Yousef’s whereabouts and condition in Israeli hospitals.

“It was a difficult night that I will not forget in my entire life,” Yousef’s father, Yasser, told DCIP, remembering that first night in which Yousef did not return home. “There was no news about Yousef. That night was very long. I was awake the entire time, waiting for any news about Yousef.” 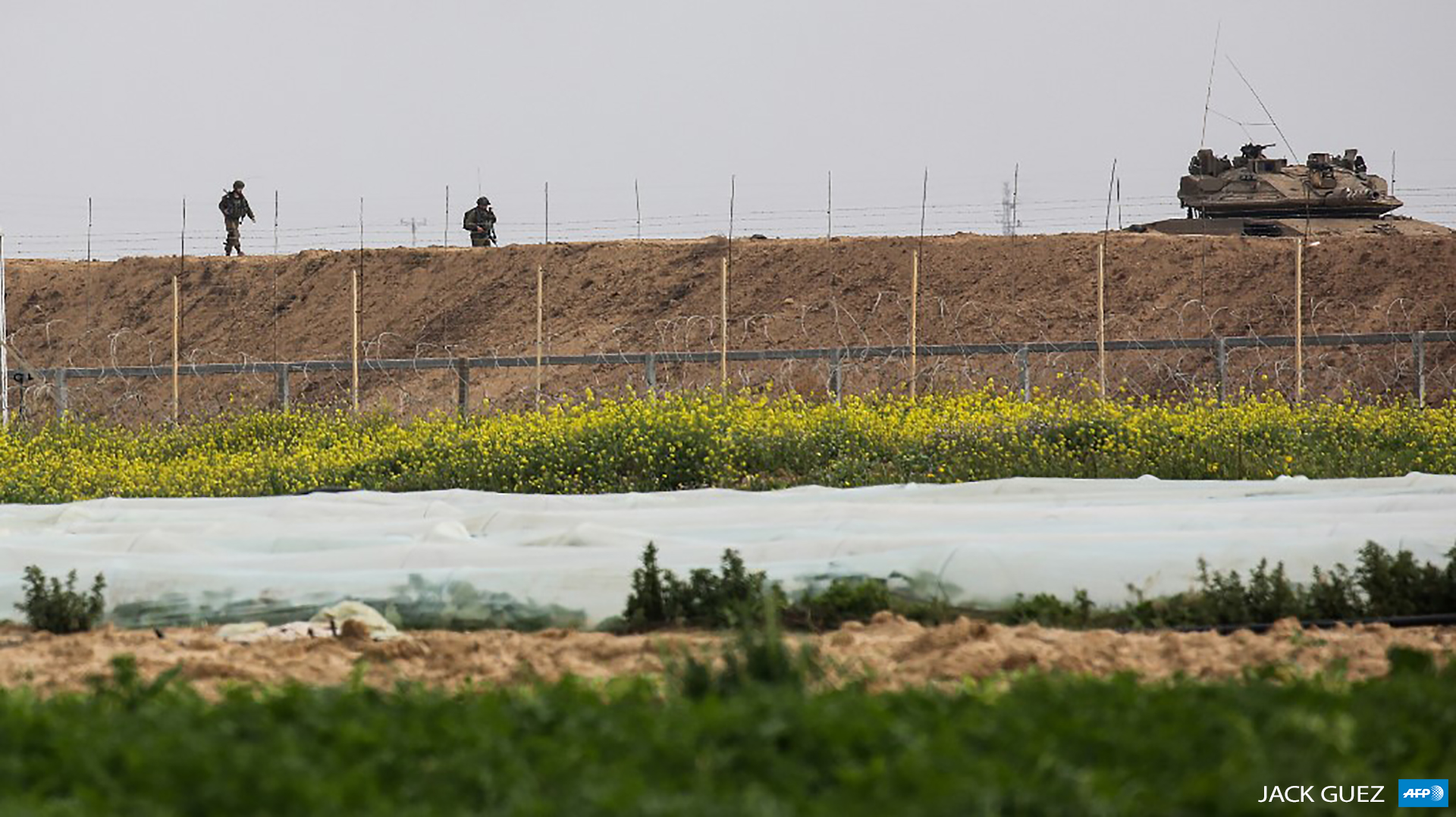 Israeli forces released Anis the following afternoon. He told Yousef’s parents what he knew including that Yousef had been shot and Israeli soldiers told him Yousef was being treated in an Israeli hospital.

On April 30, 2018, the Palestinian Civil Liaison Office, an office that coordinates with the Israeli authorities concerning civilian issues,  informed Yousef’s family that he had been killed and his body withheld by the Israel military until further notice.

Israeli authorities apply a policy of withholding Palestinian bodies across the occupied West Bank, including East Jerusalem, and the Gaza Strip. In 2019,  Israel’s Supreme Court ruled the military has a legal right to withhold the bodies of Palestinians to be used as leverage in future negotiations with Palestinians, according to Adalah. The decision solidifies the Israeli Knesset’s 2018 amendment to the Combating Counterterrorism Law 5776-2016, which grants Israeli police the power to withhold bodies of Palestinians killed by Israeli military or police forces. The decision reverses a landmark 2017 High Court ruling, which recognized the right of families to burial, indicating that halting the return of bodies risks violating a number of rights, primarily human dignity.

Over two years later, Yousef’s family does not have clear information. Israeli authorities have not directly informed them of his death, and in the absence of an official notice from Israeli authorities confirming Yousef was indeed killed, they cling to the hope that he may still be alive.

“The wound is still open, and any image can trigger this pain and reopen the wounds,” Abdelsalam Abed, a psychologist, told DCIP, describing the psychosocial effects of this policy on the family’s mental health. Not afforded the chance to bid farewell to their child, the family is at increased risk of suffering from the severe pain of loss and acute stress.

Anis is haunted by photos of Yousef. “I still cannot believe that Yousef was killed,” he admitted. “I mean he was shot in his leg. That can’t be fatal. It has been two years, but I still remember all the details. I still remember him screaming when his leg was injured while being surrounded by [Israeli] soldiers.”

The Abu Jazar family is just one of several Palestinian families who, amidst their grief, have been forced to fight for their right to bid farewell and bury their child.

On March 3, 2019, 15-year-old Ishaq Ishteiwi and two of his friends attempted to sneak through the Gaza perimeter fence with Israel, east of Rafah, to look for work inside Israel. 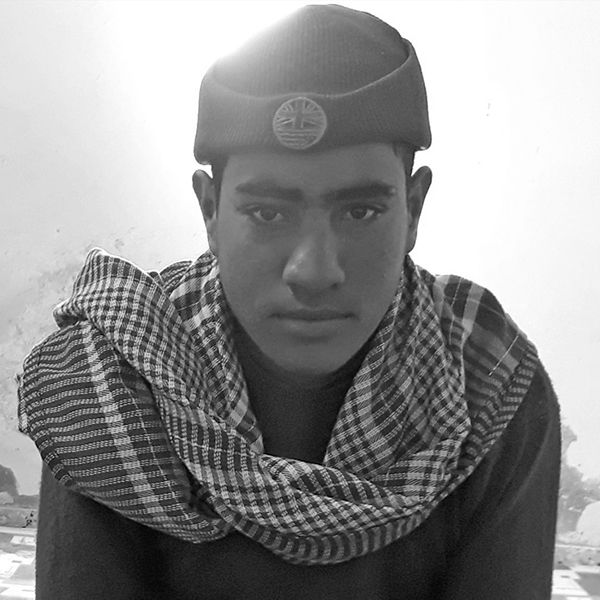 Around 8 p.m., Israeli soldiers fired live ammunition at Ishaq, striking him in his right arm and abdomen, according to information collected by DCIP.

News agencies disseminated reports about three unnamed Palestinians killed by Israeli forces who had crossed the perimeter fence. Filled with dread, Ishaq’s family contacted numerous human rights organizations and the International Committee of the Red Cross in an effort to obtain any information about their child.

Four days later, having contacted a relative working in the Palestinian Civil Liaison Office, Ishaq’s parents received confirmation their son had been killed. They received no additional information, such as the time of his death, or if and when they would receive his body.

Shortly after Ishaq’s death, his father, Abdul-Mo’ti Ishteiwi, with the help of the Gaza-based Al-Mezan Center for Human Rights, filed a petition to the Israeli Military Prosecution requesting the release of his son's remains. Four months later, in July 2019, Ishteiwi was informed that he could collect his son's body from Israel’s Erez checkpoint. He was told that he would be provided with a medical report written in Hebrew, despite the fact that he, like most Palestinians, do not read, write, or understand Hebrew.

“[He] was a block of ice,” Ishteiwi told DCIP, recalling the moment he saw his 15-year-old son’s lifeless body. “He was in a black bag with a zipper, with 15 cm (6 inches) of the ice covering him. When I leaned down to kiss him I felt that I was kissing a block of ice.”

Even in death, Palestinian children are denied their rights

The 2018 amendment to Israel’s Counterterrorism Law authorizes Israel’s national police district commanders to condition the release of withheld Palestinian bodies, including placing limits on the size, location, timing, and attendance of the burial ceremony and a body could be held until the family agrees to the terms. Families may also be required to deposit a monetary sum with Israeli authorities as a guarantee that the family will fulfill any conditions.

Israeli authorities can require that families collect the withheld body only in the early morning or late at night. Israeli authorities’ ‘precautionary’ measures include restricting the number of people present at the burial allegedly in an attempt to curtail potential protests arising from Palestinians following the funeral. 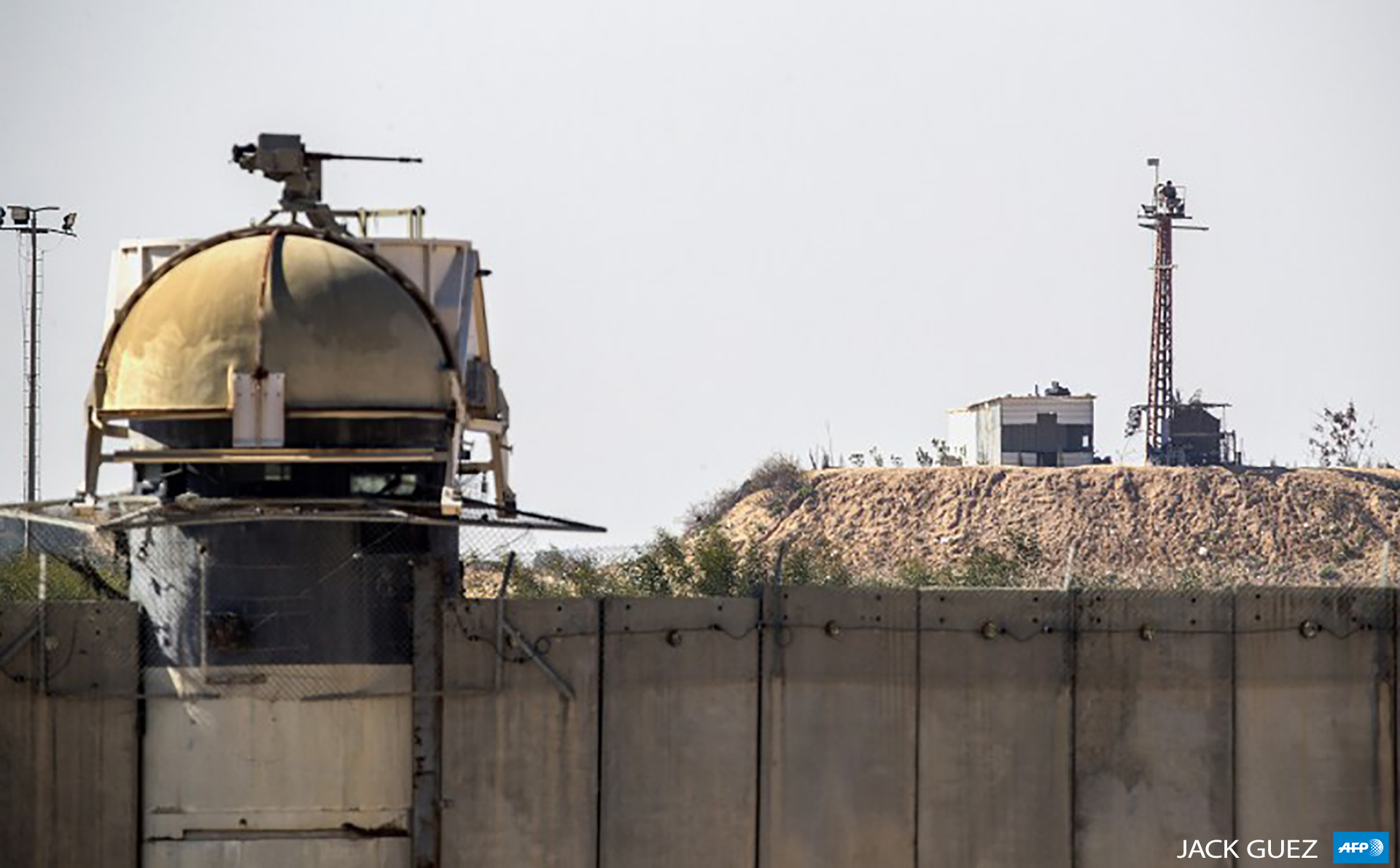 One of the most critical conditions imposed by Israeli authorities is that no autopsy can be conducted on the remains. Even without this condition, Israeli authorities hold confiscated Palestinian bodies in freezing conditions for months, denigrating their condition, making it more difficult for medical examiners to investigate the causes of death. This condition obstructs the pursuit of evidence-based investigations into unlawful killings and the excessive use of force against Palestinian children killed by Israeli forces.

In 2019, DCIP submitted a joint report to the United Nations Commission of Inquiry on the 2018 protests in the Occupied Palestinian Territory detailing Israeli forces’ killings of Palestinian children in 2018 during protests in the Gaza Strip, conduct that in some incidents amounted to war crimes. The report found that in the overwhelming majority of cases, Israeli forces killed children who did not present any imminent, mortal threat or threat of injury.

For Palestinian families living in the occupied West Bank, including East Jerusalem, conditions are imposed on them through an administrative process rather than judicial decree. This means there is no meaningful avenue to challenge conditions imposed on the release of their loved ones. Moreover, Israeli authorities have sometimes reneged on agreements made with the families to release a loved one’s body, according to Adalah.

Yousef and Ishaq were killed attempting to escape their besieged homes in the Gaza Strip. In death, as in life, they were denied basic dignity and the fundamental human rights all persons are entitled to under international law.

For grieving families, the Israeli policy of confiscating and withholding Palestinian bodies amounts to collective punishment. It is a discriminatory and deeply harmful policy imposed upon Palestinians, that not only violates the rights of families to bury the remains of their loved ones but also infringes on the cultural rights of the deceased to be buried in accordance with their cultural and religious rituals.

Since 2018, DCIP has documented five cases where Israeli authorities confiscated and withheld children's bodies from family members. In two cases, the human remains were eventually released, but in the three other cases, the bodies remain in Israeli custody withheld from the families.