A picture of 14-year-old Khaled Abu Said, one of three Palesitnian teenagers killed the previous day in an Israeli air strike on the Gaza border, is fixed on a plant on his seat in his classroom as other classmates attend a lesson in a school in the central Gaza Strip on October 29, 2018. (Photo: AFP/ Mahmud Hams)

Ramallah, October 30, 2018—Israeli forces killed three Palestinian children aged 13 - 15 during a targeted air strike on Sunday evening in the central Gaza Strip. While Israeli authorities stated that the children were attempting to cross the perimeter fence with explosives, these killings are just the latest in an ever-lengthening list of child fatalities at the hands of Israeli forces in unclear circumstances that may amount to an unlawful use of force and which the state has failed to fully and impartially investigate.

At approximately 6:30 p.m on Sunday, October 28, an Israeli air strike killed 14-year-old Khaled Bassam Mahmoud Abu Said, 13-year-old Abdul Hamid Mohammad Abdul Aziz Abu Daher and 15-year-old Mohammed Ibrahim Abdullah al-Sattari, east of Deir Al-Balah. The three are among six children killed by Israeli forces in the Gaza Strip this month and at least 50 children killed by Israeli forces or settlers across the Occupied Palestinian Territory this year. The majority of these deaths have taken place in the Gaza Strip, often in the context of protests.

“Based on available evidence, these children’s deaths appear to amount to unlawful killings,” said Ayed Abu Eqtaish, Accountability Program director at DCIP. “The UN Commission of Inquiry presents an opportunity to investigate violations that may amount to war crimes, but it must also provide accountability measures aimed at ending impunity and protecting civilians, including children, from attacks.”

The Israeli military reported that forces had targeted three Palestinians who approached the perimeter fence with an explosive device on Sunday.

Based on Palestinian media reports, the Palestinian Red Crescent Society was unable to access the area until approximately 9:30 p.m. due to continuous Israeli fire.

DCIP spoke with Dr. Ahmad Duheir from the Al-Aqsa Martyrs hospital in Deir Al-Balah. Duheir stated that all three children were deceased when they reached the hospital, with shrapnel wounds visible all over their bodies. The three children’s bodies were identified by the Palestinian Ministry of Health in Gaza.

Under international law, lethal force may only be used as a last resort in circumstances where an individual poses an immediate threat to life or threat of serious injury.

“Army or states can use lethal force only when there is an imminent threat to lives,” said Omar Shakir, Israel and Palestine director for Human Rights Watch. Entering a restricted area along the border, or even planting explosives there, “doesn’t mean someone’s life is at imminent threat,” Shakir said.

On October 12, a DCIP investigation has determined that an Israeli soldier shot Ahmad Ahmad Abdullah Abu Naim, 17, point blank around 5 p.m. With a group of others, Ahmad had broken through the security fence east of Al-Bureij refugee camp in the central Gaza Strip.

Israeli forces opened intensive fire at the group, according to eyewitnesses. As many protesters fled back toward the fence, Ahmad ran in the other direction, toward a soldier standing on a concrete block and grabbed onto the soldier's foot. The two struggled with each other for some moments before the soldier managed to escape. According to witness reports and other evidence gathered by DCIP, another soldier then shot Ahmad twice in the back at close range. The bullets exited through his chest, killing him.

Ahmad’s death appears to be an extrajudicial killing as evidence gathered by DCIP suggests that the Israeli soldier shot him at a time when the child did not pose a direct threat and lesser means, such as arrest, may have been possible. 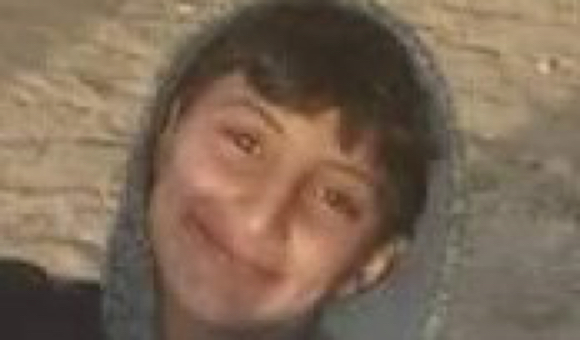 In another instance of excessive use of force, on October 5, Israeli forces shot dead Fares Hafez Abdel Aziz Sersawi, 13, at around 5:30 p.m. near the Gaza Strip perimeter fence east of the Shuja'iyya neighborhood of Gaza City. According to an eyewitness, Fares was throwing stones 10 meters (33 feet) away from the perimeter fence when an Israeli soldier positioned on nearby hills, on the other side of the perimeter fence, shot him in the chest with live ammunition.

A DCIP investigation has concluded that an additional child, Shadi Abd al-Aal,11, died after being struck in the back of the head by a Palestinian protestor’s slingshot-launched stone on September 14, 2018. The child had been participating in “March of Return” protests east of Jabalia refugee camp around 5:30 p.m that Friday when he suffered a skull fracture that caused immediate death. He was transported to the Indonesian hospital in the northern Gaza Strip and then transferred to Shifa hospital for a forensic examination to determine the cause of death.

Since “March of Return” protests began on March 30, 2018, DCIP has documented a severe increase in the number of Palestinian children killed by Israeli forces.

DCIP concluded based on evidence gathered that in several cases, children did not appear to present an imminent, mortal threat or threat of serious injury at the time Israeli forces employed deadly force against them.

Critically, many children have been killed or injured in unclear conditions that raise serious questions about the proportionality of Israel's use of force against Palestinian children. At least 13 children from the Gaza Strip have suffered permanent disability since the start of the year as a result of injuries sustained at the hands of Israeli forces.