Mohammad Taha was injured by a sound bomb on July 25, 2017, in the Old City of Jerusalem. (Photo: Courtesy of Taha family)

Ramallah, August 15, 2017—Mohammad Taha, 11, was spending the night at his grandfather’s house in Jerusalem’s Old City, along with his father and 14-year-old brother, Daoud, on July 25. By 10 p.m., the night promised to be anything but quiet.

Daoud and Mohammad stood outside watching the commotion in the street. Night prayers had finished. Droves of Israeli forces and Palestinian worshippers began filling the street near the eastern Bab Al-Asbat, or Lion’s Gate, named after the pairs of 13th-century lions carved into either side of the stone archway.

“The Israeli forces were in large numbers and they were wearing black,” Mohammad told Defense for Children International - Palestine, meaning special forces had been tasked with the area.

Although residents of the East Jerusalem neighborhood of Silwan, the boys knew tensions had been high near Lion’s Gate. Local news stations had been abuzz with reports of violent clashes in the Old City and beyond since July 14, when three Palestinian gunmen entered Lion’s Gate on motorcycle. The three shot and killed two Israeli policemen, according to media reports, before being gunned down themselves inside the Al-Aqsa mosque compound.

Israeli authorities had soon after announced restrictions on access to the Al-Aqsa mosque compound, blocks away from Lion’s gate, and installed metal detectors at the entrance.

Still, Mohammad said he thought he’d be safe because he “wasn’t doing anything.” His feelings quickly changed, however, as Israeli forces began using sound bombs, tear gas, and sponge-tipped bullets to disperse the throngs of Palestinian worshippers.

Before he had time to run back to the safety of his grandfather’s house, he saw one of the Israeli forces, less than five feet away, throw a sound bomb at him.

“The sound was very loud,” Mohammad said. Feeling dizzy, Mohammad reached for his head. “I saw blood and realized that I was injured,” he said.

Finding the closest medical center closed, Mohammad was taken by ambulance to Al-Razi medical center in East Jerusalem. There, he got ten stitches on his head and a permanent physical reminder of the night. 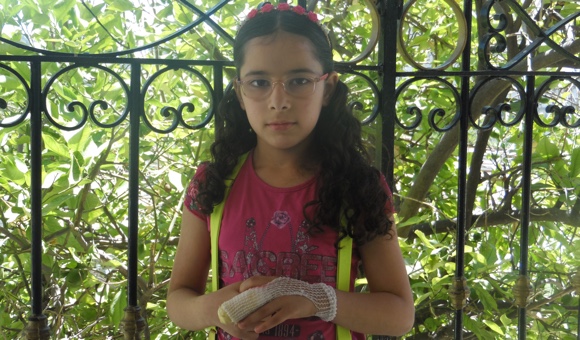 Just one night later and a short walk from Lion’s Gate, Hanan al-Husseini, 10, finished evening prayers with her mother in Al-Ghazali square on July 26.

Palestinian worshippers had once again turned out en masse to pray. Many gathered at the gates leading to the Al-Aqsa mosque compound, in protest of Israeli restrictions on the site.

The two started for home, also in the Old City, as Palestinian worshippers began to chant against the restrictions. Israeli paramilitary border police, already in position, fired stun grenades into the crowd.

Unable to find a way through to escape the area, Hanan was hit on the head and left hand by a stun grenade. An ambulance transported her to Al-Makassad hospital, in East Jerusalem, for treatment.

“I was afraid and felt really nervous. I kept crying from fear and pain,” Hanan told DCIP. “Every time I saw blood I felt more pain, and I cried and screamed.”

The incident left the 10-year-old traumatized. “Now, when I hear a stun grenade or fireworks, I get scared because of what happened to me,” Hanan said.

Hanan and Mohammad were not the only children injured during the near nightly clashes in the second half of July. Israeli forces injured at least 34 children between July 18 and 31, the majority of these in the context of clashes, according to the United Nations Office for the Coordination of Humanitarian Affairs (OCHA).

DCIP investigations found that in seven out of eight child injury cases documented in this period, the child was a bystander or was fleeing the area when injured. 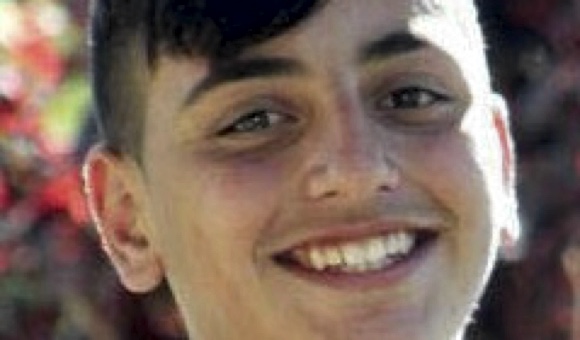 On July 21, Jerusalem resident Tareq Mohammed was shot in the eye with a sponge-tipped bullet as he was leaving his cousin’s house in Issawiya while clashes were taking place. The injury cost him his right eye. The same day, further south, in Hebron, Israeli forces shot an unidentified 16-year-old in the chest with live ammunition while he was filming clashes.

Mohammed Lafi, 17, was fatally shot by Israeli forces during clashes on July 21 in the West Bank town of Abu Dis, located just outside the separation wall.

International law requires that intentional lethal force is only used when lesser means would be insufficient where a clear threat to life or of serious injury is present. Neither child posed a direct, mortal threat at the time they were killed by Israeli forces, based on witness testimonies collected by DCIP.

Israeli forces also launched violent raids on Al-Makassad hospital, where Hanan was treated. The raids traumatized patients and staff and, in some cases, interfered with emergency medical care.

While the two-week escalation in violence was triggered by tensions over Al-Aqsa, Israeli forces’ use of excessive force against Palestinians, including children, has been long documented by DCIP and other rights groups. 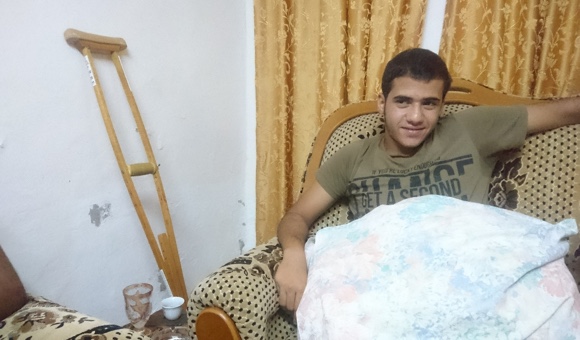 Accountability for shootings by Israeli forces is extremely rare, despite calls for impartial and transparent investigations.