Among the most troubling experiences were prolonged periods of solitary confinement, a correctional tactic primarily reserved for adult prisoners—and, even then, only after they are convicted. In 2014, the average time an individual child spent in solitary confinement for interrogation purposes was 15 days, according to DCIP research. In one case, Israeli authorities kept a child in isolation for 26 total days.

Between 2012 and 2014, Israeli military, police and security agents held 54 Palestinian children in solitary confinement for interrogation purposes prior to charging them with any offense.

Data compiled by DCIP from 107 affidavits of Palestinian children, ages between 12 and 17, detained in 2014, showed the vast majority had to fend for themselves. Unlike their Israeli counterparts, Palestinian children have no right to be accompanied by a parent during an interrogation. In 93 percent of cases, children were deprived of legal counsel, and rarely informed of their rights, particularly their right against self-incrimination.

DCIP research shows that children arrive at Israeli interrogation centers blindfolded, bound and sleep deprived. More than three-quarters of child detainees endure some form of physical violence between the period of their arrest and interrogation, with half of them also strip searched.

Almost all children confess regardless of guilt to stop further abuse. In more than a quarter of the 2014 cases, children signed statements in Hebrew, a language they do not understand.

"The Israeli military detention system subjects Palestinian children to several days of prolonged interrogation and isolation with the apparent goal of obtaining a confession at all costs,” said Ayed Abu Eqtaish, Accountability Program director at DCIP. “The military courts admit these coerced confessions as evidence to convict these children in a complete mockery of due process and fair trial standards.” 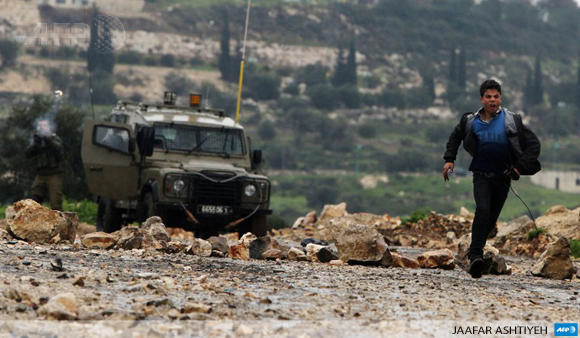 Israel is the only state to automatically and systematically prosecute children in military courts that lack basic standards of due process. Around 500 to 700 Palestinian children, some as young as 12, are arrested, detained and prosecuted in the Israeli military detention system each year. The majority of Palestinian child detainees are charged with throwing stones. No Israeli children come into contact with the military court system.

Impunity for violations was a significant obstacle in 2014 as DCIP filed nine complaints with Israeli authorities concerning the ill-treatment and torture of five children while in Israeli military detention. Not a single indictment has been issued against a perpetrator. Many Palestinian families refuse to file complaints for fear of retaliation or simply because they do not believe the system is fair or impartial.

Recent amendments to Israeli military laws concerning children have had little to no impact on their treatment during the critical 24 to 48 hours after an arrest, where most of the ill-treatment occurs at the hands of soldiers, policemen and interrogators.