Baghdad S., 12. “I am the President of the of DCIP's Children's Council. We document violations of children's rights. ( Photo: DCIP / Cody O’Rourke)

Ramallah, December 8, 2016—“We have recently launched a campaign called, ‘I’m here to learn, not to be hit!’” said Baghad S. Only 12 years old, Baghdad is already leading a call to halt school violence against Palestinian children.

“Nearly every child has been impacted by the violence around them,” said Sabreen Zaben, Community Mobilization Unit coordinator for Defense for Children International - Palestine. Zaben works to train and empower children like Baghdad in documentation and advocacy practices so they can speak for themselves. 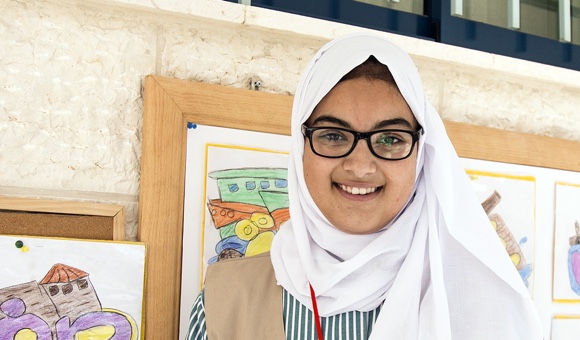 As part of this project, Zaben interviewed children from two schools in Ramallah, where violence in and around school was at the forefront of children’s concerns. "Palestinian children face various forms of violence and oppression, from navigating Israel’s military occupation to abuse and neglect in their schools and communities,” explained Zaben.

Using a broad definition of violence, including verbal, physical and sexual abuse, most of the 10 children DCIP interviewed said they had experienced some form of violence while attending school.

Many children spoke out about their teachers’ use of corporal punishment, saying it constituted a violation of their rights. A number of children raised the issue of Israeli military school raids or armed soldiers stationed outside their school as examples of violence. 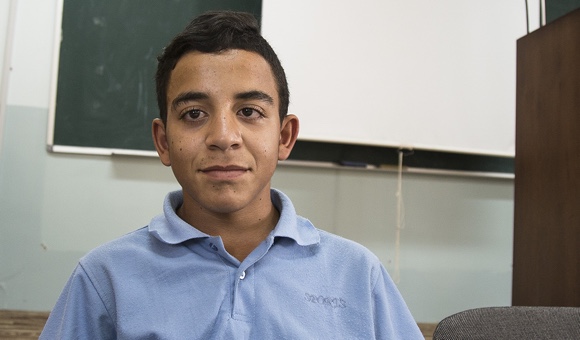 According to the Palestinian Ministry of Education’s 2014 report, 76.5 percent of Palestinian primary school students and 81.9 percent of secondary students were exposed to violence in school. The report states the forms and roots of this violence were interconnected and varied.

Israel's harsh military tactics have created an environment of insecurity that impacts both staff and children, according to the report, disrupting the educational process. These tactics include school raids, movement restrictions, arrests, and shootings. Such an environment makes educational communities more “fragile.” 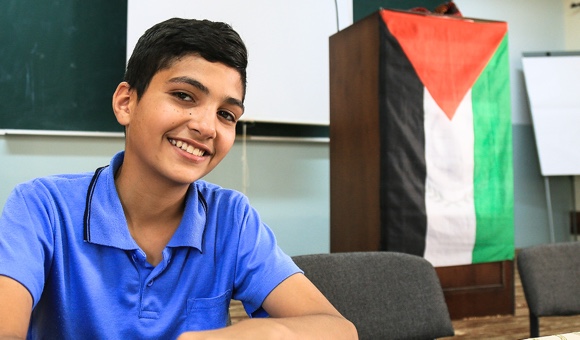 Community attitudes towards physical discipline, overcrowded facilities, the dearth of full-time school counselors, and the lack of school-wide violence awareness and prevention programs were all “key dynamics in the perpetuation of violence.”

Corporal punishment, which children brought up often in their interviews, is still legal in Palestinian government-run schools in the West Bank. “Ministerial directives advise against the use of corporal punishment in government (PA) schools, but there is no explicit prohibition in law,” the Global Initiative to End All Corporal Punishment of Children reported.

In Gaza, antiquated laws regulating education left over from the British Mandate period do not protect Gazan students against physical forms of discipline. 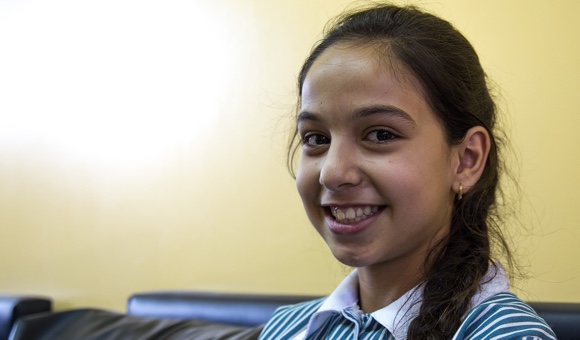 Parents are unlikely to lead efforts to end corporal punishment in classrooms, as physical violence is widely used as form of discipline at home. A Palestinian Central Bureau of Statistics survey in 2014, found that 91.5 percent of Palestinian children aged 1-14 had been physically disciplined in the last month.

As such, children speaking out against violence is a crucial step for changing these norms. 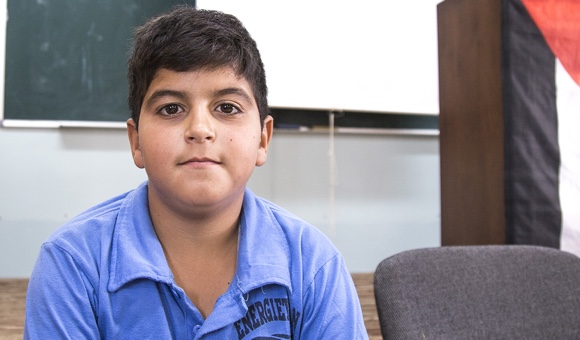 Three years ago, Zaben noticed a service gap on the issue of violence against Palestinian children. Zaben and others at DCIP began identifying a plan to support these children in a way that prioritized children’s voices.

The first step was to find partner organizations in a wide number of communities. “We started three years ago,” said Zabeen. “Now, we have over 70 different child protection units across the West Bank and East Jerusalem, serving hundreds of children.” 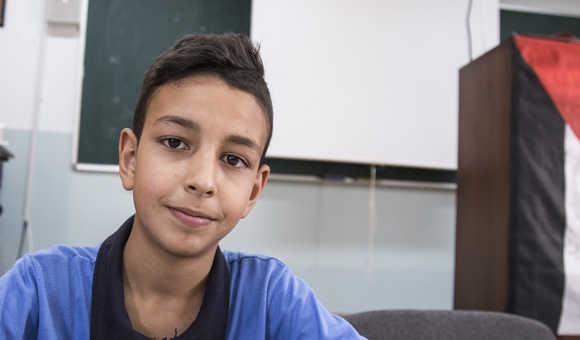 Drawing on the strength of a network of local partners, DCIP began offering children trainings in data gathering, interpretation and self-advocacy. The goal was to empower children to speak out about their own concerns, using an evidenced-based approach.

“We’ve set up a data collection mechanism for the children through our community-based partner organizations,” said Zaben.” Children then become a part of the process of understanding what violence is and how it manifests itself.”

According to Zaben, the results were very empowering. Children evaluated the data they had collected and used it to form the basis of their advocacy platform. 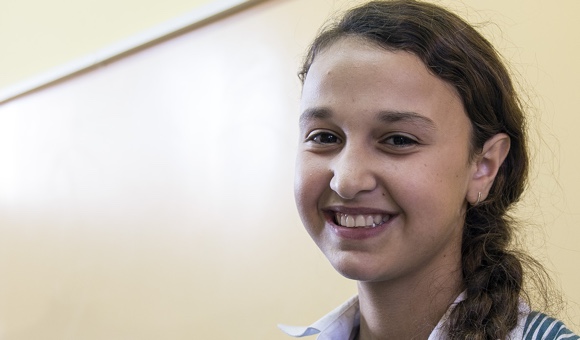 Although the program prioritizes children’s participation, it also spreads a wider net of change, drawing in the children’s families and other community actors.

“DCIP recognizes the inherent fear of involvement in these programs,” said Zaben. “That is why we’ve worked to build community networks, with representatives of the families. So when the children are working with community members that are also a part of their extended family, we find we get greater participation.” 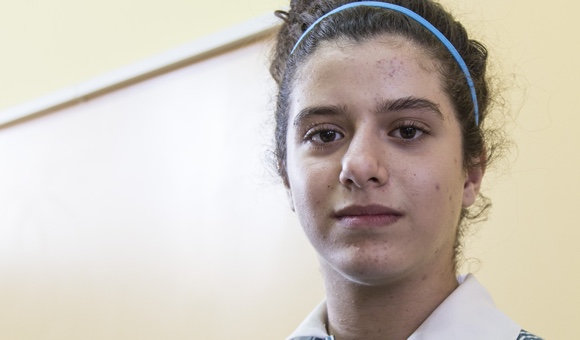 Lana, who has never experienced violence at school, wishes all children could have the same positive experience. She says her school should be a model for other Palestinian schools. “The people I love are there. It is because it is free of violence, we feel safe.”

Settler and Soldier Violence | Right to a Childhood | News