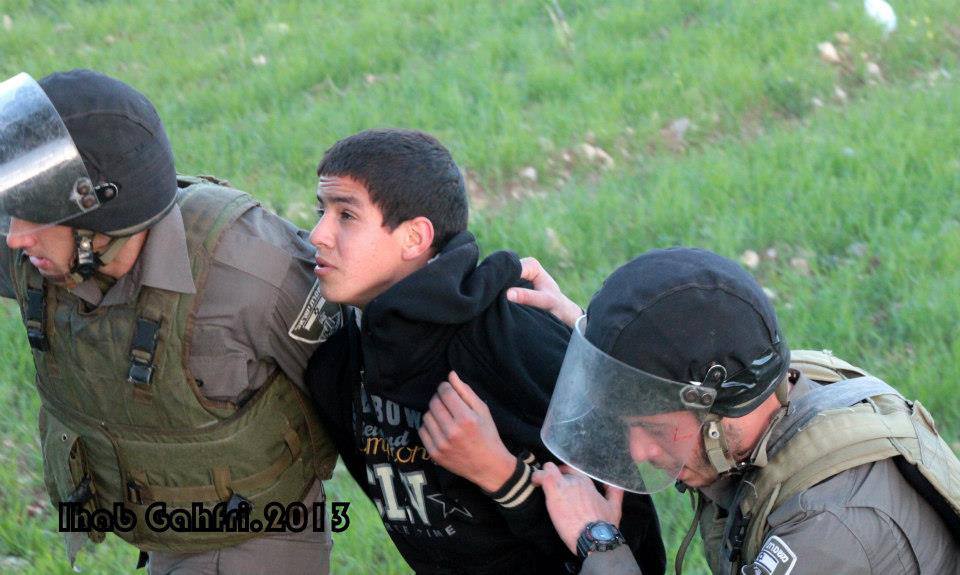 Physical violence during arrest, transfer or interrogation occured in 74 percent of the 108 affidavits collected by DCI-Palestine during 2012 from Palestinian children. (Photo courtesy of Ihab Gafree)

The report is based on 108 affidavits collected during 2012 from Palestinian children arrested in the West Bank and prosecuted in the Israeli military detention system. The report details the type of violations children encounter in the system, including:

Recommendations presented in the report to address ill-treatment and torture of Palestinian children in the system include ending night arrests and the use of solitary confinement, excluding evidence obtained by force or coercion during interrogations, allowing access to legal counsel prior to interrogations as well as the presence of a parent during interrogations.

“It is no secret that systematic ill-treatment of Palestinian kids has been occurring for several years,” says Ayed Abu Eqtaish, Accountability Program director at DCI-Palestine. “There are too many reports, what we need is action.”

Impunity for violations continued to be a significant obstacle in 2012. DCI-Palestine filed eight complaints with Israeli authorities concerning the ill-treatment and torture of children while in Israeli military detention. While investigations were opened in several of the complaints, not a single indictment has been issued against a perpetrator. Many Palestinian families refuse to file complaints for fear of retaliation or simply because they do not believe the system is fair or impartial.

The report concludes by declaring that recent amendments to Israeli military law relating to children have had little impact whatsoever on their treatment during the critical first 48 hours after an arrest, where most of the ill-treatment occurs at the hands of soldiers, policemen and interrogators.