An Israeli soldier looks through the scope of his rifle behind the barbed-wire Gaza perimeter fence east of Gaza City on March 22, 2019. (Photo: AFP / Said Khatib)

Ramallah, March 30, 2020—After two years, there has been no justice and accountability for the unlawful killing and maiming Palestinian children during weekly demonstrations in the Gaza Strip, despite well-documented evidence of war crimes committed by Israeli forces.

Since March 30, 2018, Israeli forces have killed at least 49 Palestinian children in the context of demonstrations near the Gaza perimeter fence, according to evidence collected by Defense for Children International - Palestine. During the same period, Israeli forces killed an additional 32 Palestinian children in the occupied West Bank, including East Jerusalem, and the Gaza Strip. In the overwhelming majority of these 81 cases, the children did not pose a direct, mortal threat at the time of their death.

DCIP documented 359 Palestinian children injured by Israeli forces during demonstrations near the Gaza perimeter fence since March 30, 2018, including 270 injuries (75 percent) from Israeli-fired live ammunition. U.N.-verified information shows at least 714 Palestinian children were injured with live ammunition in 2018 alone across the Occupied Palestinian Territory, including 629 children in the Gaza Strip, according to a UNICEF-led working group monitoring grave violations against children during armed conflict.

Mass civilian demonstrations, known as the “Great March of Return," began in the Gaza Strip on March 30, 2018. Protestors demanded an end to Israel’s closure of the Gaza Strip, now nearing its 13th year, and protested Palestinian refugees’ inability to return to properties lost during events surrounding the establishment of the state of Israel in 1948. Approximately 70 percent of the Gaza Strip’s current 2 million residents are registered refugees of Palestine, according to the UN Relief and Works Agency (UNRWA). 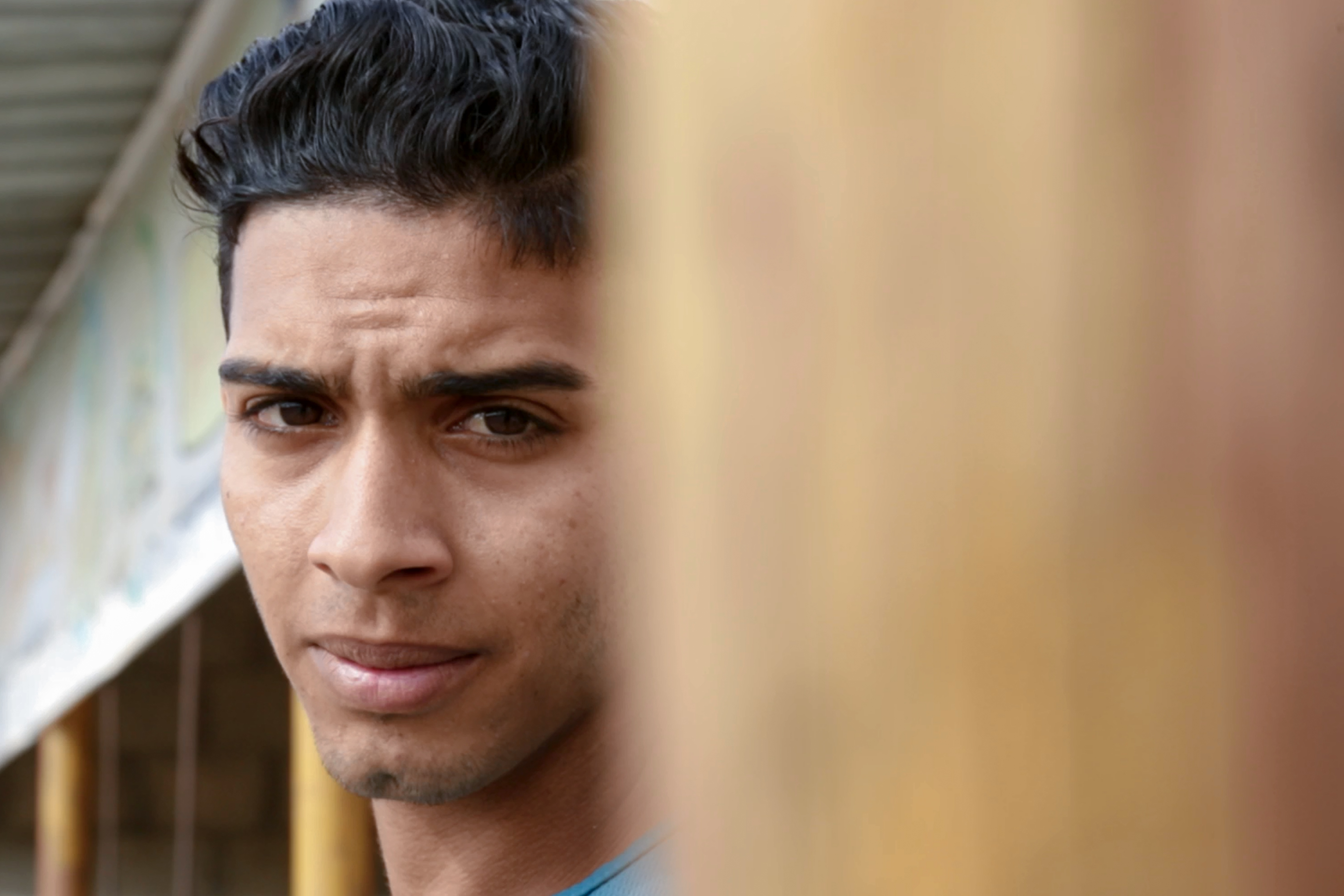 “[My leg] was dangling and bleeding so heavily like a fountain,” recalls Mohammad M., 17. “I shouted to the others to rescue me. They tried to approach me, but the Israeli soldiers were shooting at them.” 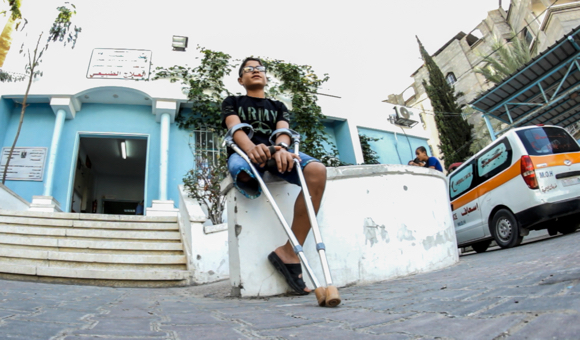 "Young men and paramedics quickly gathered around me, and the paramedics bandaged my right leg, which had almost been cut off and was still attached to a little skin. It was bleeding profusely,” Mohammad H., 13, told DCIP. “I woke up in the intensive care unit, thinking that the doctors had fixed my leg because I was still feeling it. I did not know that it was cut off as a result of the injury.”

Due to the apparent excessive use of force by Israeli forces in confronting the weekly demonstrations in 2018, the U.N. Human Rights Council convened a special session on May 18, 2018, in Geneva, and adopted a resolution creating an independent, international commission of inquiry to investigate all alleged violations of international law in the Occupied Palestinian Territory in the context of mass protests that began on March 30, 2018.

In January 2019, DCIP and the Human Rights and Gender Justice Law Clinic (HRGJ) at the City University of New York (CUNY) School of Law, submitted a report to the United Nations Commission of Inquiry detailing Israeli forces’ killing of Palestinian children during mass protests in the Gaza Strip, conduct amounting to war crimes.

When the U.N. Commission of Inquiry released its findings on March 18, 2019, it found reasonable grounds to believe Israeli forces committed violations of international human rights and humanitarian law in their response to the Great March of Return protests.

Santiago Canton, Chair of the Commission, stated “[s]ome of those violations may constitute war crimes or crimes against humanity, and must be immediately investigated by Israel.”

While Israeli authorities have selectively opened their own investigations into several incidents occurring since March 30, 2018, they have persistently failed to impartially and independently investigate alleged violations of its armed forces in accordance with international standards.

Israeli forces shot dead 14-year-old Othman Hilles today in Gaza. Video shows he posed no direct or mortal threat at the time he was killed. A live bullet struck him in the chest and exited through his back. #GazaReturnMarch pic.twitter.com/MH62g4b1HM

One example is the killing of 14-year-old Othman Hilles. Israeli forces shot and killed Othman on July 13, 2018, near the perimeter fence east of Gaza City. Video shows Othman calmly walking up to the fence before a live bullet struck him in the chest and exited through his back. He posed no direct or mortal threat to Israeli forces at the time he was killed.

In a rare instance, Israeli authorities opened an investigation into Othman’s killing, and the soldier alleged to be responsible for the killing agreed to a plea bargain in October 2019. However, despite video evidence, the soldier was not held accountable for the unlawful killing of Othman, but was instead convicted of “disobeying an order leading to a threat to life or health.”

A recent report by Haaretz showcases Israeli snipers keeping a tally of how many knees they shot at the border, highlighting the systemic use of unjustified intentional lethal force against Palestinians.

While children affected by armed conflict are entitled to special respect and protections under international law, Israel regularly violates these protections by either directly targeting children or through indiscriminate and disproportionate attacks that result in avoidable child fatalities and injuries.