Posted by Miranda Cleland 192sc on 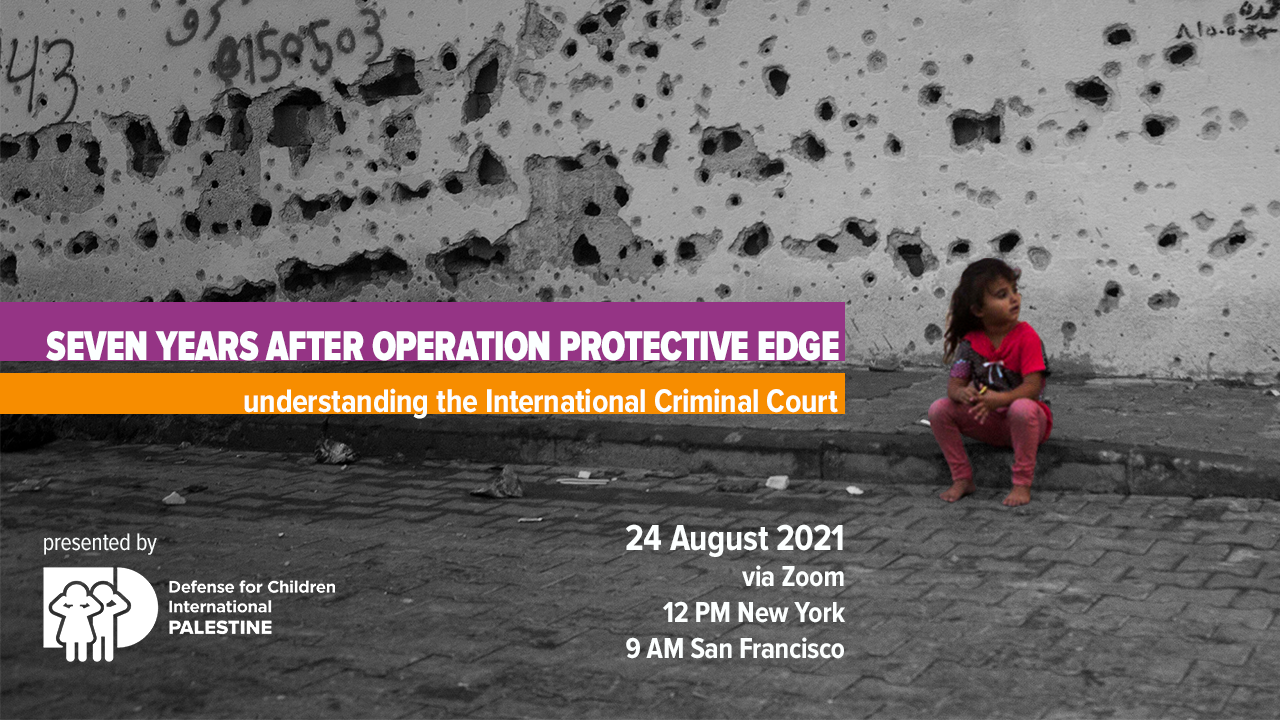 In 2014, Israeli forces launched a massive military assault called Operation Protective Edge on the Gaza Strip that lasted from July 8 to August 24. Defense for Children International - Palestine documented the killings of 535 Palestinian children, all killed in attacks by Israeli forces. At least 3,374 Palestinian children were injured during Operation Protective Edge, including more than 1,000 that were rendered permanently disabled.

DCIP's investigations into Palestinian child fatalities found overwhelming and repeated evidence that Israeli forces violated international law. Since then, DCIP has acted as the legal representative of children killed during OPE and advocated that the International Criminal Court investigate Israeli authorities for war crimes and crimes against humanity.

On March 3, 2021, the ICC announced it is proceeding with an investigation into war crimes committed in the Occupied Palestinian Territory since 2014—the beginning stages of accountability for Palestinian child victims killed during OPE and in the years following.

Join Defense for Children International - Palestine's advocacy team for a webinar on August 24, 2021 to learn what happened during OPE, how DCIP documented Palestinian child injuries and fatalities, how that information was used to advocate for accountability, how the International Criminal Court investigation works, and what it means for Palestinian child victims and their families.

Fill out the registration form below and a Zoom link will be emailed to you with information about joining the webinar. If you cannot attend the webinar live, please register and a recording will be sent to you after the webinar.