Israeli military trainings in the Jordan Valley have forced Awad, 13, and three of his siblings, all under the age of 18, to live away from their parents during the school year. (Photo: DCIP / Cody O'Rourke)

Ramallah, October 6, 2016—“If it weren’t for the Israeli military, I would be living with my family in Al-Hadidiya and going back and forth to school, but it’s too dangerous,” said 13-year-old Awad B. During the school year, he lives roughly 30 kilometers (19 miles) away from his parents so he can attend school in the northern West Bank city of Tubas.

Awad's living arrangement is just one way the Israeli-imposed military zones has disrupted his life. Awad’s home has been destroyed multiple times, leaving his family shelterless. He and his brothers have been detained and arrested by the Israeli military while grazing their livestock, making them afraid to walk outside. Israel’s water extraction policies have put additional financial strain on the family and have, at times, left them without enough water to clean themselves.

Awad’s village of Al-Hadidiya rests in the occupied West Bank in northern Jordan Valley, surrounded by closed Israeli military zones and several illegal Israeli settlements. Throughout the year, the Israeli military performs trainings, using live ammunition and explosive devices, killing Palestinian livestock and leaving behind unexploded ordnances (UXO). Palestinian families are routinely forced off their land and witness the destruction or dismantlement of their homes during the training periods. 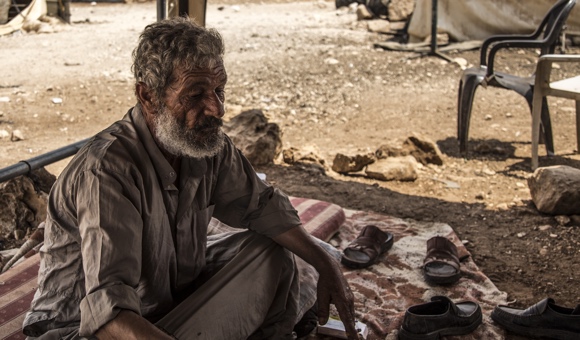 Awad’s father, 67-year-old Abdul-Raheem, rents a home for four of his children in Tubas so they can safely attend school and pursue an education. He told Defense for Children International – Palestine that it was too dangerous for the children to travel to school because of Israel’s recurrent military exercises, the large number of soldiers deployed in the area, and UXO.

“We can’t have our children walking where soldiers are shooting, and there could be bombs. We’ve been forced to rent a house in Tubas so they can go to school. But they live there alone, without parental supervision,” Abdul-Raheem told DCIP. “Our first born, Sukar, received honors in school, but when it came to the high school matriculation examine, he failed. He failed because he was without parental supervision.”

Before the family rented the house in Tubas for the children to stay in, they commuted to school from Al-Hadidiya.

“Years ago, the children would walk, then the community raised funds for a bus,” Awad’s father said. “But then we had problems licensing it with the Palestinian Authority and we couldn’t use it.”

On August 27, the Israeli army detained Awad. According to Abdul-Raheem, Israeli soldiers detained Awad near their tent in Al-Hadidiya and took him to Al-Hamra checkpoint. “They released him after about two hours without giving us a reason for why he was detained,” Awad’s father told DCIP. “He had to walk for about nine kilometers [5.6 miles] to return to home.”

Israeli forces routinely detain Palestinian children throughout the West Bank without arrest warrants. In 378 out of 429 cases (88.1 percent) documented by DCIP between January 2012 and December 2015, Israeli forces arrested children without notifying them of the reason for the arrest or the location of detention. 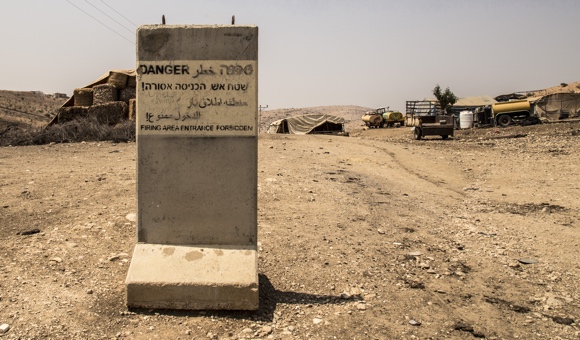 Awad is just one of many Palestinian children living in Israeli military training, or “firing” zones. According to a 2012 United Nations Office for the Coordination of Humanitarian Affairs (OCHA) report, roughly 5,000 Palestinians reside in these restricted zones. The majority live in remote areas such as the Jordan Valley or the Dead Sea area, where indigenous Bedouin and other livestock-based communities have long practiced their way of life.

“We have moved in accordance to the rain because that is our culture, and our economy is our livestock. Because of Israeli policies, we lack water,” said Awad’s father, Abdul-Raheem.

Israeli authorities unilaterally establish military zones for a variety of reasons, including for “buffer zones” or military training purposes. The zones restrict Palestinians from accessing their own lands and make residents vulnerable to eviction and forced displacement.

According to a 2009 World Bank report, Israel used 80 percent of water aquifers and up to 1.8 times the agreed amount per the Oslo Accords in 1993. Over-extraction of deep wells has lowered the water table, leaving less water in the shallower wells upon which Palestinian communities rely.

“We have families that live 20 meters [66 feet] from a well, but can’t use it,” Abdul-Raheem said. “Yet, they can hear water being pumped to the nearby Israeli settlement.” 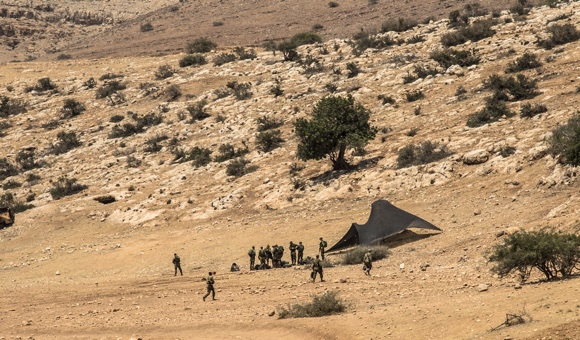 Retrieving water can be dangerous for children in the Jordan Valley. Abdul-Raheem told DCIP that his sons have been chased by Israeli military dogs, beaten by soldiers and detained for hours.

“We have 60 sheep, but we can barely afford to water them,” he said. “We buy water from the neighboring areas. But sometimes we can’t get the water because of the military trainings.”

According to Abdul-Raheem, although he holds rental agreements for the land he lives on with his family, his homes, animals bins, and other storage structures have been demolished six times.

In 2016, Israel has demolished 891 structures in the West Bank, displacing 1,268 people, including 640 children, according to the United Nations Office for the Coordination of Humanitarian Affairs (OCHA) Demolitions Database. More than a quarter of the demolished structures, 246, were donor-funded.

“The European Union donated structures we were living in,” he said. “Some days the structures were destroyed twice: Once in the morning and again later that day after we salvaged the scraps to make a structure.”

Geneva-based Euro-Mediterranean Human Rights Monitor estimates the total value of EU aid money wasted in projects that have been rendered useless by Israel since 2001 is about 65 million Euros ($ 72.9 million).

“During these demolitions, the Israeli military blocks the roads and stops everyone, so we can’t get help,” continued Awad’s father. “When Israeli forces destroyed our taboon [an outdoor oven made of rocks] we couldn’t bake bread. People couldn’t bring us food. We couldn’t even feed our children.”

Abdul-Raheem told DCIP that he made a small structure from scrap corrugated sheet metal to get his children out of the cold and rain, but Israeli forces confiscated that as well. “My son Awad was sick for three days from being out in the cold rain.”