Diyaa, 16, remembers being thrown into a windowless cell, where he spent 15 days.

Ramallah, December 20, 2014—On the day of his arrest, Diyaa, 16, remembers being thrown into a windowless cell, where he was to spend the next 15 days. During that time, he emerged only to be escorted to an interrogation room. He estimates that he was interrogated 15 times, for two hours each—all with his feet and hands bound.

"I won't move until I say goodbye to my mother."

For speaking these words, Diyaa was knocked to the floor of his family home, kicked, and beaten by Israeli soldiers who, two weeks earlier, had done the same to his two friends. It was 3 a.m., and Diyaa's parents could only watch as their 16-year-old son was dragged to an army jeep, blindfolded, and—like thousands of Palestinian children before him—forced into a military detention center in the Israeli-occupied West Bank.

What happened next, according to affidavits given by Diyaa and his friends, fits a pattern of Israeli abuse designed to coerce confessions from Palestinian children. Among the most troubling of their experiences were prolonged periods of solitary confinement, a correctional tactic usually reserved for adult prisoners—and, even then, only after they are convicted.

"Although it’s true that, in the United States, children and juvenile offenders are sometimes held in solitary confinement—either as a disciplinary measure or to separate them from adult populations—in Israeli military detention, Palestinian children are held in solitary confinement for interrogation purposes," said Brad Parker, international advocacy officer and attorney for DCI-Palestine.

That, says Parker, "amounts to torture under international law."

On the day of his detention, 16-year-old Diyaa remembers being thrown into a windowless cell, where he was to spend the next 15 days. During that time, he emerged only to be escorted to an interrogation room. He estimates that he was interrogated 15 times, for two hours each—all with his feet and hands bound to "a low metal chair."

The interrogator accused Diyaa of throwing stones, an offense that, according to a November 2009 Israeli military order, could carry a sentence of up to 20 years. "I kept saying I wanted to see a lawyer," Diyaa recalls.

"He asked me when I threw stones and with whom, but I did not answer. He interrogated me for about two hours. He did the same the following five days."

On the fifth day, Diyaa relented. "I had to confess to throwing stones because of my horrible detention conditions in the cell. I also thought they would transfer me to a regular prison if I confessed." But even after his "confession," Diyaa was thrown back into his cell. His isolation was to last another 10 days, punctuated by more interrogations and, this time, beatings.

"One of the jailers used to beat me whenever I knocked on the door to ask for something," Diyaa told DCI-Palestine. "He would come to the cell with another jailer, tie my hands and feet, and kick me hard while I was on the floor, and punch me on my stomach and head without any mercy."

The aim, it turned out, was to extract another confession—for a specific stone-throwing incident to which Diyaa's friend had, according to the interrogator, already admitted.

But in sworn testimony to DCI-Palestine, Diyaa denied any involvement in the incident:

"The interrogator said that my friend Thabet accused me in his statement of throwing stones with him at a settler car, that the car overturned and the passengers were injured. I told him that was not true, and that I was at the local supermarket when I heard about the incident."

Diyaa's friend Thabet, it turns out, had just admitted to stoning a car carrying residents of an illegal settlement near his hometown of Nablus, in the Israeli-occupied West Bank. But the 16-year-old's "confession" came after four days of solitary confinement and abuse, culminating in a threat so terrifying that Thabet immediately agreed to whatever charges had been leveled against him.

According to Thabet, an Israeli interrogator told him: "If you don't confess, I'll have both of your parents arrested, brought here to this room, and killed." 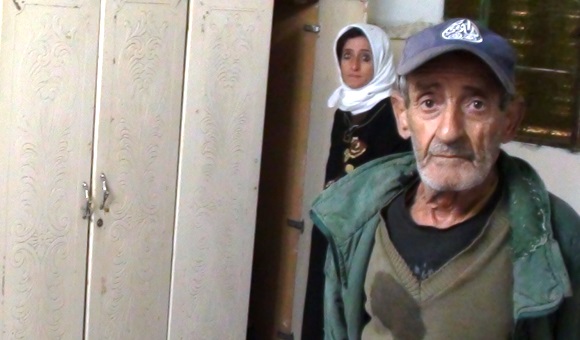 "I was scared they would actually do what they said they would do about arresting and killing my parents," Thabet told DCI-Palestine. "So I confessed. I confessed to throwing stones several times at a settler car, and the stones hit the car and overturned it, and that the passengers were injured, as I [recall]."

Until their "confessions," Diyaa, Thabet, and a third friend—17-year-old Bashar, also accused of stone-throwing—were left to fend for themselves, deprived of family visits and legal counsel. Parker says this, too, is part of a pattern of Israeli abuse:

"[Child detainees] are often denied access to an attorney until after being subjected to several days of prolonged interrogation and isolation," according to Parker. "The apparent goal," he says, "is to obtain a confession" at all costs.

Between the three of them, Diyaa, Thabet, and Bashar spent a combined total of 62 days in solitary confinement. In 40 similar cases documented by DCI-Palestine between 2012 and 2013, the average time an individual child spent in solitary confinement was 10 days. The longest period of confinement documented in a single case was 29 total days in 2012 while, in 2013, another child was held in isolation for 28 total days.

"This pattern of abuse by Israel is grave," said Richard Falk, a former United Nations Special Rapporteur on the situation of human rights in the Occupied Palestinian Territory. Falk, who is also a professor emeritus of international law at Princeton University, called Israel’s use of solitary confinement against children "inhumane, cruel, degrading, and unlawful; and, most worryingly, it is likely to adversely affect the mental and physical health of underage detainees."

An October 2013 report by The New York Times on the use of interrogations among teenagers held in US prisons concluded that the detainees were "too young to know better," often incriminating themselves without understanding their legal rights.

In the Israeli-occupied West Bank, child detainees have no such rights. Between 2008 and 2013, DCI-Palestine documented 80 cases of Palestinian children held in solitary confinement prior to being charged with any offense.

"Using solitary confinement in this way is conduct that amounts to torture under international law," says Parker. The United Nations Special Rapporteur on Torture has explicitly found that solitary confinement, when "used intentionally during pretrial detention as a technique for the purpose of obtaining information or a confession" amounts to torture or cruel, inhuman or degrading treatment or punishment.

In more than 97 percent of cases documented by DCI-Palestine between 2012 and 2013, "children held in solitary confinement were not properly informed of their right to silence, were denied access to legal counsel and did not have a family member present during interrogation," according to a May 2014 report prepared by the organization. In the same time period, more than three-quarters of child detainees were strip searched, subject to physical abuse, and denied access to food and water.

In some cases, Israeli authorities use solitary confinement to punish children already detained as political prisoners. In April of this year, a 15-year-old Palestinian from East Jerusalem, who had been sentenced to 18 months imprisonment for stone-throwing, was subject to 25 days of isolation for refusing food—a desperate measure that, he says, was intended to protest the harsh conditions in which he was being held. Obaida, whose last name was withheld at his family's request, told DCI-Palestine that his jailers threatened to tie him to his bed and force-feed him if he did not end his hunger strike.

According to the cases DCI-Palestine documented in 2012 and 2013, some 20 percent of Palestinian child detainees were subjected to solitary confinement during their interrogations. Any "confessions" extracted by this practice are suspect, say legal experts. Yet, like older political detainees, Palestinian children stand little chance of defending themselves in Israeli military courts, which function under a set of directives designed explicitly to "administer" Israel’s occupation.

As for Diyaa, Thabet, and Bashar, the three friends have since appeared before a military judge to face charges for stone-throwing. The three have been removed from solitary confinement, but they face an uncertain fate in a court system that is not their own. Meanwhile, the three continue to be haunted by the memory of their arrest and interrogation.

"I was very scared of them," Thabet said of his interrogators. "There were five of them, and they were huge compared to me."