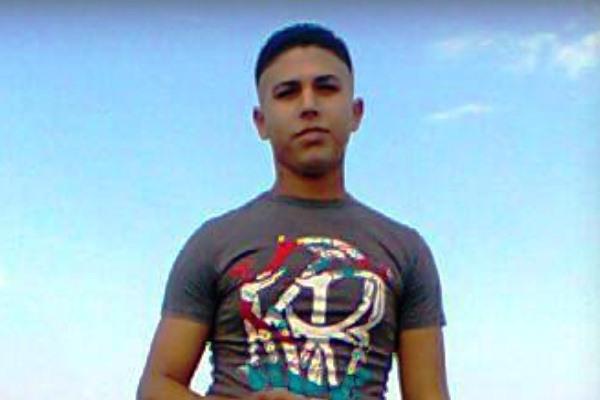 Ramallah, 28 February 2013—Two Israeli soldiers wrestled a Palestinian youth to the ground and severely beat him around the Huwara checkpoint near Nablus on Saturday during clashes with demonstrators supporting Palestinian prisoners on hunger strike.

Israeli soldiers detained Shaker M, 17, who was among a group of stone-throwing Palestinian youth attempting to flee the scene, according to Adnan Rabi, a lawyer with Defence for Children International Palestine. The soldiers repeatedly punched and kicked Shaker and struck him with their rifles, injuring his arm and breaking his right thumb when he tried to protect his head. Shaker had a broken nose, black left eye, and multiple bruises on his body when Rabi saw him in the Israeli Salem military court, north of Jenin, on Wednesday. He was later taken to hospital and had a cast put on his hand. The judged ordered the military prosecution to investigate the case and report back to the court, Rabi said.

“The excessive use of force in this case is extreme, but not shocking given the frequency of such incidents,” said Rabi. “During arrest, transfer and interrogation, Palestinian children report that they are often subjected to some form of physical violence, such as being shoved, slapped, kicked or punched. When arrests occur in tense situations the physical violence is generally more severe.”

Another child being represented by Rabi at the military court that day, identified as Baha’ I, 15, also alleged Israeli soldiers beat him during his arrest. Earlier this week, Rabi said five more children he saw in the military court said they endured physical assault during their arrest on February 21 near Huwara checkpoint amid clashes with stone-throwing protesters.

Palestinians have held several demonstrations this month across the Occupied Palestinian Territory in support of four Palestinian prisoners on an extended hunger strike. Clashes between Palestinian youth and Israeli forces intensified this week following the death of detainee, Arafat Jaradat, amid allegations of torture.

A report entitled “Bound, Blindfolded and Convicted” produced by DCI-Palestine and released in 2012 found that, out of 311 sworn testimonies collected between 2008-2012, 75 percent of Palestinian child detainees experience ill-treatment during arrest, interrogation and pre-trial detention. The majority of the cases occur within 48 hours after an arrest and prior to a child’s first appearance before a military court judge.