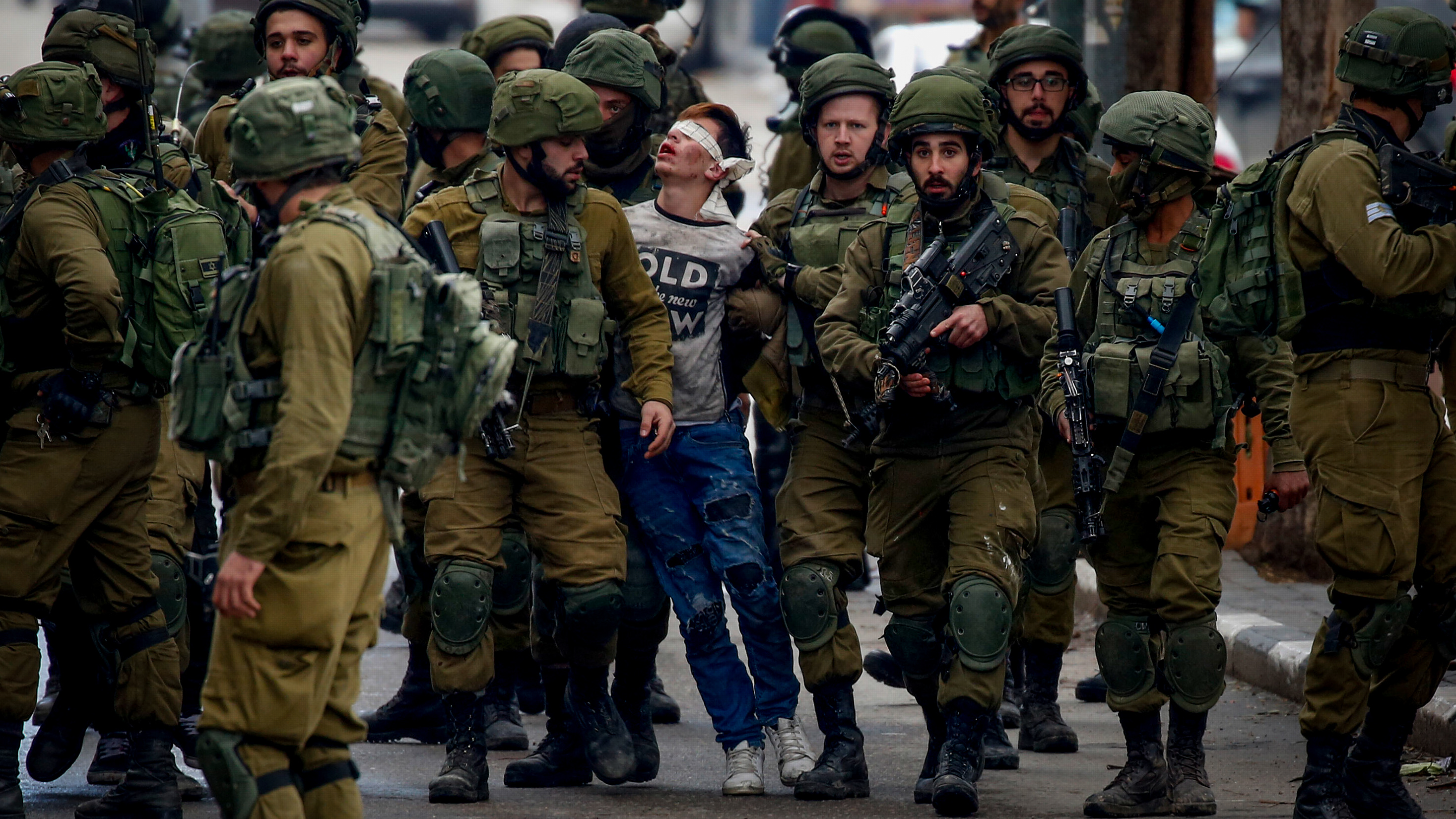 Approximately 2.9 million Palestinians live in the occupied West Bank, of which around 45 percent are children under the age of 18.

Palestinian children in the West Bank, like adults, face arrest, prosecution, and imprisonment under an Israeli military detention system that denies them basic rights.

Ill-treatment in the Israeli military detention system remains “widespread, systematic, and institutionalized throughout the process,” according to the UN Children’s Fund (UNICEF) report Children in Israeli Military Detention Observations and Recommendations.

Children often give confessions after verbal abuse, threats, physical and psychological violence that in some cases amounts to torture.

From testimonies of 739 Palestinian children detained by Israeli forces from the occupied West Bank and prosecuted in Israeli military courts between 2013 and 2018, DCIP found that:

Since 2000, an estimated 10,000 Palestinian children have been detained by Israeli forces from the occupied West Bank and held in the Israeli military detention system.

Despite sustained engagement by UNICEF and repeated calls to end night arrests and ill treatment and torture of Palestinian children in Israeli military detention, Israeli authorities have persistently failed to implement practical changes to stop violence against child detainees.

In no circumstance should children be detained or prosecuted under the jurisdiction of military courts. However, as a minimum safeguard while Palestinian children living under Israeli military occupation continue to be arrested and prosecuted within the Israeli military court system, Israeli authorities must respect and ensure basic due process rights and the absolute prohibition against torture and ill-treatment. From the moment of arrest, operations and procedures must be carried out in accordance with international juvenile justice standards, specifically the UN Convention on the Rights of the Child, including: