The Universal Declaration of Human Rights declares that childhood is entitled to special care and assistance. This is reaffirmed in the United Nations Convention on the Rights of the Child, which specifies and details the international standards for children's rights.

DCIP works to protect the right of every child to a safe, healthy, and secure childhood.

Palestinian children experience frequent violence by Israeli soldiers and settlers on their way to and from school.

In the West Bank, education is compulsory for children under 15. However, Israel’s network of military checkpoints impedes the movement of all Palestinians, meaning that otherwise short journeys can take several hours. For Palestinian children that must pass through Israeli military checkpoints to reach school, this results in missed class time, as well as subjecting children to violence, intimidation, and arbitrary arrest as children must interact with Israeli military personnel on their way to school. 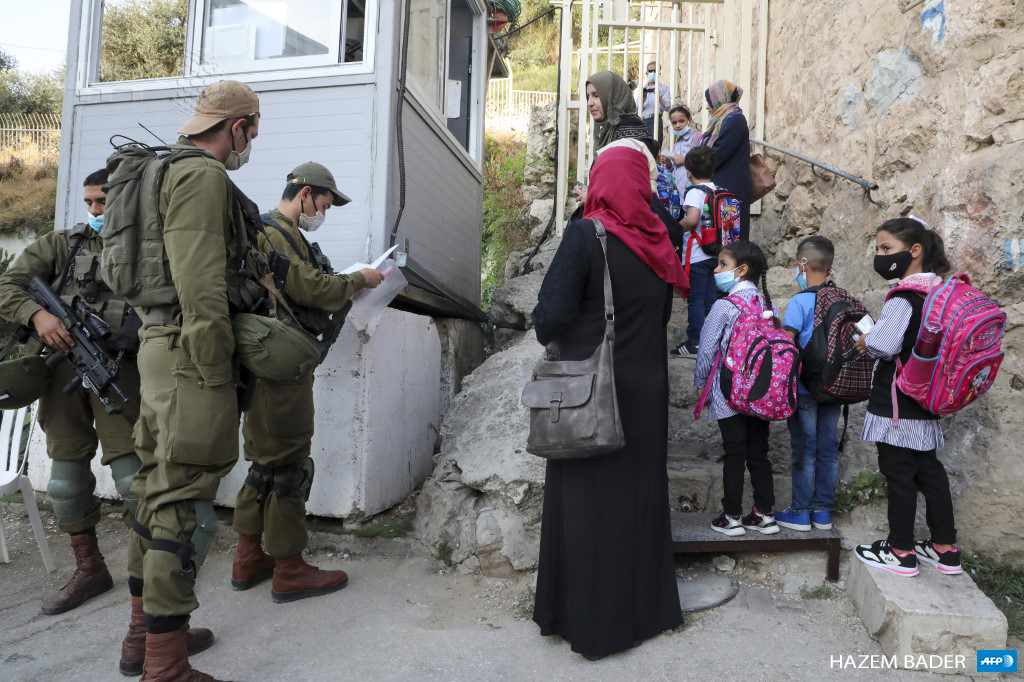 Palestinian children living near illegal Israeli settlements in the occupied West Bank report being subject to harassment and violence from Israeli soldiers and settlers as they travel to and from school. Settlers have also been known to attack schools with weapons and stone-throwing during the school day, creating an environment of fear at school that can impede the ability of children to learn and play.

Israeli forces' attacks on schools and other education-related incidents, including attacks on educational personnel, threats of attacks, military use of schools, and other interferences with education, significantly impacted Palestinian children's right to access education. In 2019, the United Nations documented 257 education-related incidents in the occupied West Bank, including East Jerusalem, and the Gaza Strip that impacted children's right to access education.

Repeated Israeli military offensives on the Gaza Strip have severely damaged its educational infrastructure, including through the targeting of United Nations-run schools. In the last major military offensive on Gaza in 2014, Operation Protective Edge, Israel damaged at least 232 schools and destroyed 29 others.

Israel’s protracted closure of the Gaza Strip prevents essential materials for rebuilding damaged schools and constructing new facilities from entering the Gaza Strip, as well as learning materials. Fuel restrictions and poverty caused by the closure also prevent children from concentrating at school and some children drop out of school altogether as a result. Frequent power cuts force many Palestinian children in the Gaza Strip to complete their schoolwork by candlelight. Near-complete closure also prevents young people from leaving the Gaza Strip to study elsewhere, including children and young people who have acquired scholarships abroad.

In the occupied West Bank, including East Jerusalem, Israeli authorities utilize a discriminatory housing, land, and property legal regime to justify the dispossession of Palestinian lands and the demolition of Palestinian homes and essential infrastructure, including water systems, livestock pens, and solar panels.

Israeli authorities do not consider the socio-economic status of Palestinian families ahead of issuing demolition orders, rendering many of them homeless in the wake of demolitions.

Home demolitions against Palestinians reached the highest on record in 2019, when Israeli authorities demolished 275 homes in the West Bank and East Jerusalem, displacing at least 677 Palestinians, including 342 children, according to B'Tselem.

For Palestinians, the process of obtaining building permits from Israeli authorities is lengthy, prohibitively expensive, and highly unlikely to result in success. Consequently, Palestinians are forced to build homes and other necessary structures without permits, leaving homes at constant risk of confiscation or demolition by Israeli authorities. Palestinian homeowners are at risk of arrest under Israel’s Planning and Building Law of 1965.

Collective punishment is prohibited by international humanitarian law, recognizing responsibility is individual and an individual may only be punished where it can be proven they have personally committed the offense. Israel’s punitive home demolition policy punishes individuals that are not individually responsible for an offense but are family members of an alleged attacker, according to B’Tselem. 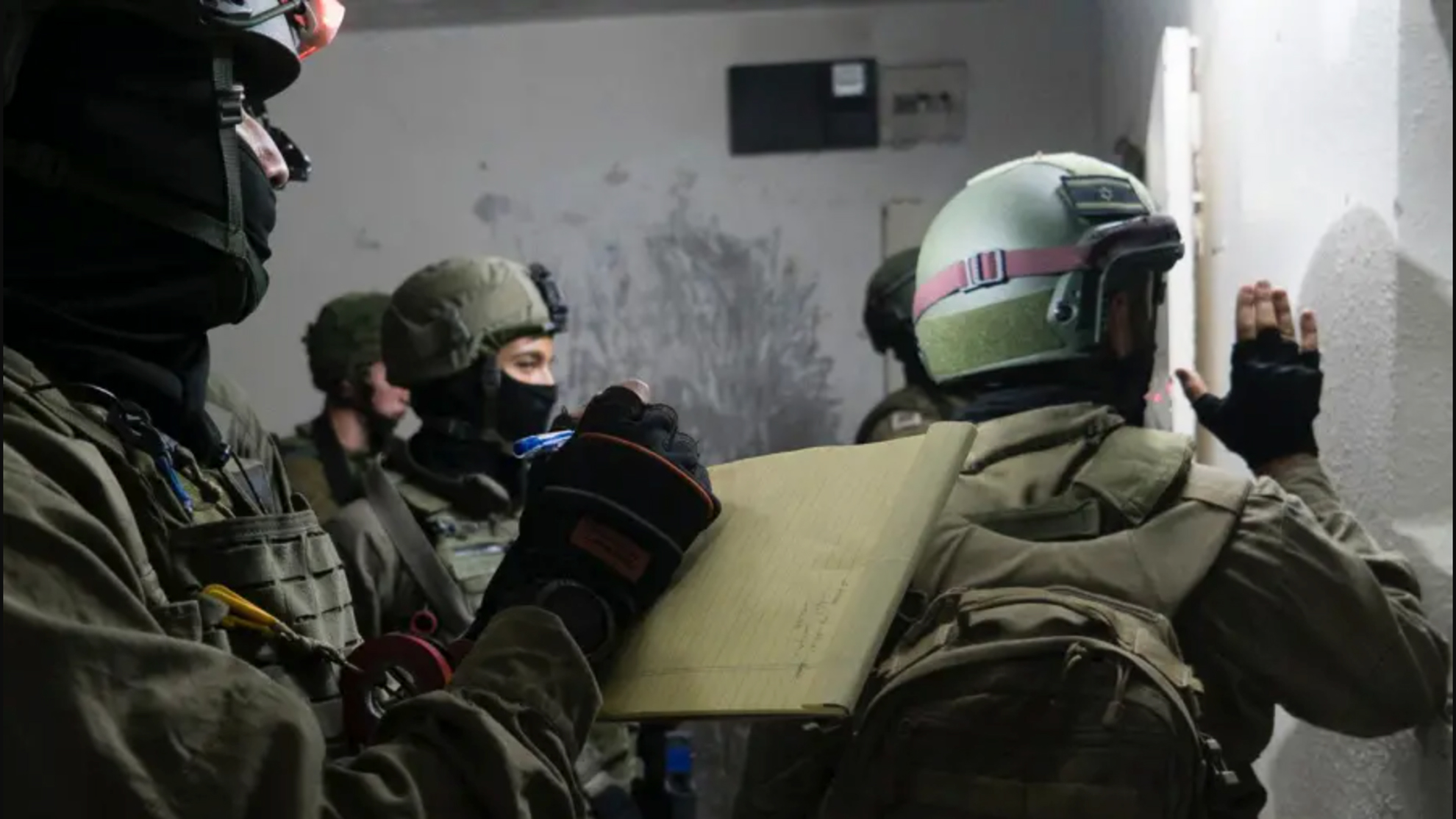 Palestinian children are denied access to health care and their right to health is negatively impacted due to Israeli closure policies, prolonged military occupation, and repeated military offensives.

Palestinian children are unable to access sufficient healthcare in the Gaza Strip, including many children left permanently disabled and with long-term trauma following Israel’s repeated military offensives on the Gaza Strip.

Israel’s closure of the Gaza Strip has plunged Gaza’s health sector into crisis. The closure restricts essential and lifesaving medical and pharmaceutical resources from entering the Gaza Strip as well as patients and companions leaving Gaza. Israeli authorities have maintained strict restrictions on travel to and from the Gaza Strip, as well as the import of vital materials, and the export of goods, blighting the economy. Egypt, too, has kept its crossing with the Gaza Strip in Rafah closed for the most part since 2013, opening it only intermittently. 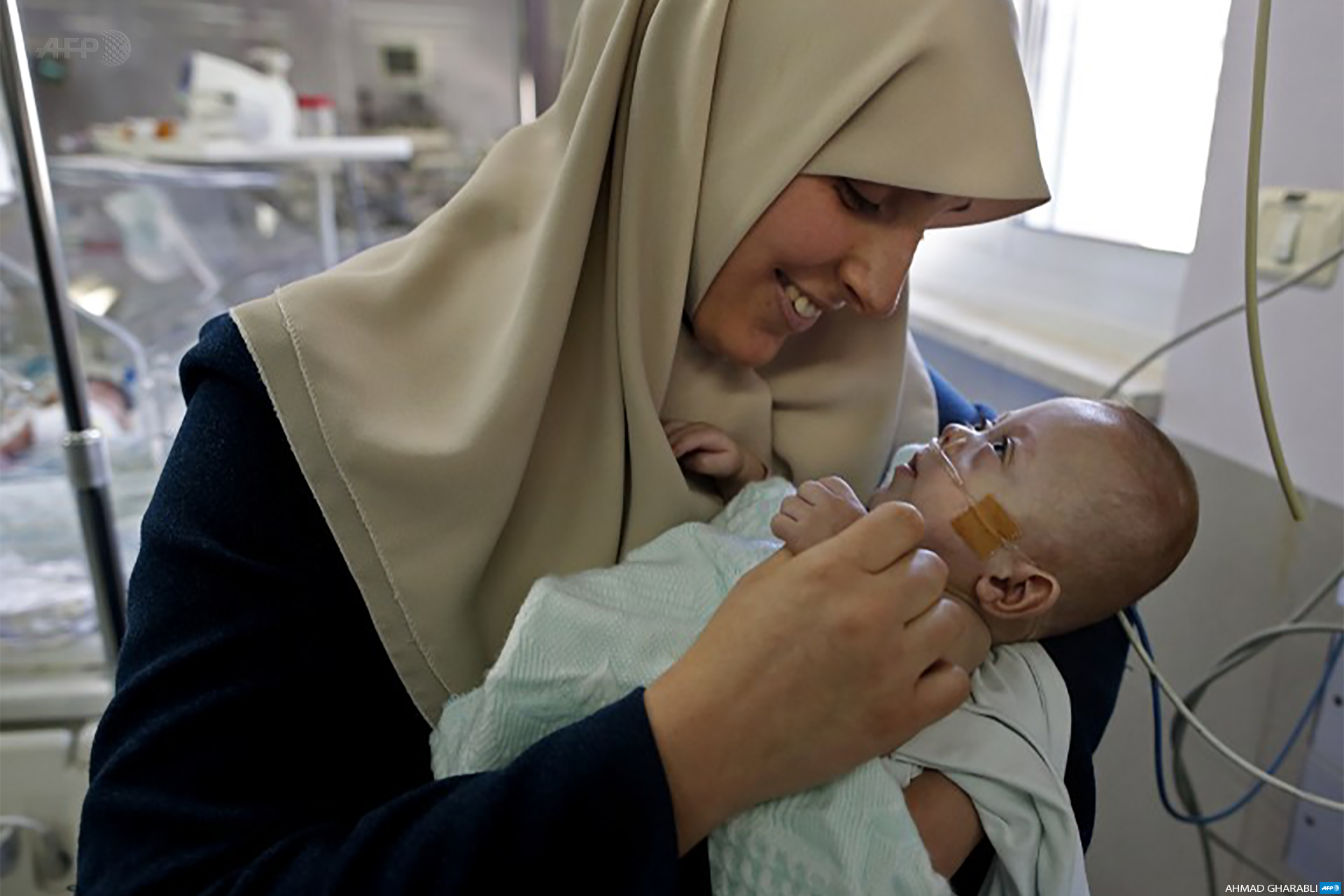 Repeated Israeli military offensives, including three particularly devastating ground and aerial assaults in 2008-2009, 2012, and 2014, devastated the Gaza Strip's infrastructure, including its healthcare system. This regular obliteration of Gaza’s infrastructure, combined with Israel’s closure policy, has created a human-made humanitarian crisis characterized by acute water and electricity shortages, further compromising the health of patients, who cannot expect treatment in sanitary conditions, or for vital and lifesaving electricity-powered machines to run without interruption. In 2018, when back-up generators failed at the Pediatric Specialized Hospital in Gaza City, medical teams had to manually ventilate four children until the machinery was fixed.

Between Israel’s decade-long closure limiting the entry of pharmaceuticals, medical equipment, and specialized staff, and large-scale damage to medical infrastructure during Israel’s 2014 offensive, some treatments are now entirely unavailable in the Gaza Strip.

Israeli closure policies prevent disabled Palestinian children from accessing resources that would enable them to live a full life, and traumatized children from accessing the psychosocial support they need to recover. Children who require medical treatment that cannot be provided within Gaza are frequently denied permits by Israeli authorities to leave Gaza.

In 2019, 65 percent of Palestinian children under 11 years old in the West Bank and Gaza reported experiencing physical violence in the previous year, as did 44 percent of those aged between 12 and 17, according to the Palestinian Central Bureau of Statistics.

The legal systems operating in the West Bank and in Gaza offer inadequate protection and accountability for children at risk of or who have experienced domestic and gender-based violence.

In 2020, an 11-year-old girl, Amaal al-Jamaali, was beaten to death by her father, despite appealing to local authorities in the Gaza Strip for protection in the past. DCIP assessed that the authorities had failed to protect Amaal, resulting in her death.

In 2016, Palestinian President Mahmoud Abbas signed into law the Palestine Juvenile Protection Law, which meets modern international standards for safeguarding children’s rights. Despite this, the de facto Hamas government presiding over Gaza employs a 1937 British law and has failed to adopt the child protection response mechanisms established by the Palestinian Authority in the West Bank.

Israel’s ongoing siege of the Gaza Strip has created an acute humanitarian crisis that has exacerbated socio-economic issues and hindered progress towards parity and safety in the home.

Palestinian children in the Gaza Strip are at risk of violence, including accidental violence, as a result of Palestinian armed group activities; and Israel’s ongoing blockade of the Gaza Strip has created an acute, human-made humanitarian crisis and deteriorating economic context within which children may be more vulnerable to recruitment, forced or voluntary, by armed groups.

In January 2021, an explosion in the northern Gaza Strip destroyed a residential building, damaged several public buildings, and caused injury to 18 Palestinian children. The building owner’s adult son had built and maintained a warehouse on the roof used to store munitions and military equipment for the Palestinian armed group, Saraya Al-Quds, the military wing of Islamic Jihad, of which he was a member.

On May 4, 2020, 17-year-old Adham Mahmoud Mohammad al-Masri, died after sustaining a gunshot wound to his chest while stationed at an Izz Ad-Din Al-Qassam Brigades reconnaissance site in North Gaza. Information collected by DCIP suggests an accidental death, and that Adham was struck by “friendly fire.”

Similarly, 11-year-old Odai Mansour Abu Hassan died on July 15, 2018, when an improvised explosive device accidentally detonated on his roof. Odai’s father was a field commander in a military wing of the Fatah movement.

On April 11, 2018, 17-year-old Hashem Abdulfattah Othman Kallab, a member of the Al-Quds Brigades, the armed wing of Islamic Jihad, was traveling in a rickshaw with three others near Rafah in the southern Gaza Strip when an explosive accidentally ignited, killing them all.

DCIP maintains that no person under 18 years should be recruited or used by Palestinian armed groups and all Palestinian forces and armed groups must take all necessary measures to protect civilians including not storing explosive materials and weapons in densely populated civilian areas.

Palestinian President Mahmoud Abbas signed the Juvenile Protection Law into effect on February 4, 2016. The law unified and updated the existing juvenile justice system, bringing it in line with international child rights standards. Previously, the Palestinian Authority in the West Bank had relied on a Jordanian law dating back to 1954.

The Juvenile Protection Law updated the Palestinian juvenile legal system, recognizing minors accused of criminal offenses – those under the age of 18 – as victims in need of protection, rehabilitation, and reintegration into society, rather than as criminals deserving of punishment.

The best interests of the child serves as the guiding principle of the Juvenile Protection Law and the law mandates that children deprived of their liberty will be housed in rehabilitation facilities as opposed to prisons. The law also created juvenile courts and specialized units among the police, prosecutors, and judges for dealing with children in conflict with the law.

However, the law has yet to be successfully implemented in full, which results in additional rights denials often significantly impacting a child's right to a childhood.