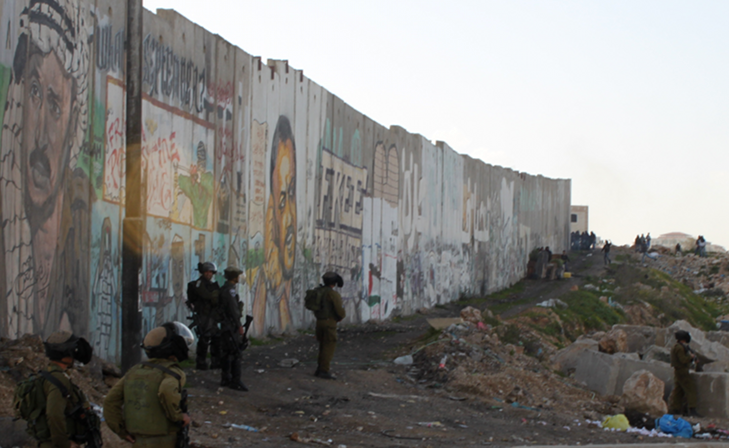 The report found that “Palestinian children arrested by the [Israeli] military and police are systematically subject to degrading treatment, and often to acts of torture.” The report was released following the 3 June review by the UN Committee on the Rights of the Child concerning Israel’s implementation of the Convention on the Rights of the Child (CRC). The Committee called on Israel to immediately remove all children from solitary confinement and to take measures to prevent and eradicate torture and ill-treatment of children living in the Occupied Palestinian Territory.

“Essentially the only change over the past decade since Israel’s initial review is that ill-treatment of Palestinian children in Israeli military detention has become widespread and systematic,” said Ayed Abu Eqtaish, Accountability Program director at Defence for Children International Palestine. “While this is a strong UN condemnation of Israel’s treatment of Palestinian children, action must be taken to hold Israel accountable.”

Israel ratified the CRC in 1991, and during its initial review in 2002, the Committee on the Rights of the Child expressed serious concern regarding “allegations and complaints of inhuman or degrading practices and of torture and ill-treatment of Palestinian children” during arrest, interrogation and detention.

The new report raises similar concerns and notes that Israel has “fully disregarded” previous recommendations made in 2002 and 2010, and has continued to deny all guarantees and safeguards under the CRC to children living in the OPT. The Committee was deeply concerned that Israel had failed “to end [the ill-treatment and torture of Palestinian children] in spite of repeated concerns expressed by treaty bodies, special procedures mandate holders and United Nations agencies.”

The Committee also highlighted impunity and lack of accountability for violations noting, “almost all those using children as human shield and informants have remained unpunished.”

In June 2012 DCI-Palestine submitted a report to the Committee that highlighted ill-treatment and torture of Palestinian children in Israeli military detention, the use of children as human shields. The submission also detailed violence against Palestinian children living in the OPT including fatalities and injuries resulting from military operations, soldier conduct and settler violence.

DCI-Palestine maintains that no child should be prosecuted in military courts that lack comprehensive fair trial and juvenile justice standards. Additionally, the practice of using solitary confinement on children in Israeli detention facilities must be stopped immediately, and the prohibition must be enshrined in law. Effective accountability measures must be introduced to ensure all credible reports of torture and ill-treatment are impartially investigated and perpetrators are held accountable.