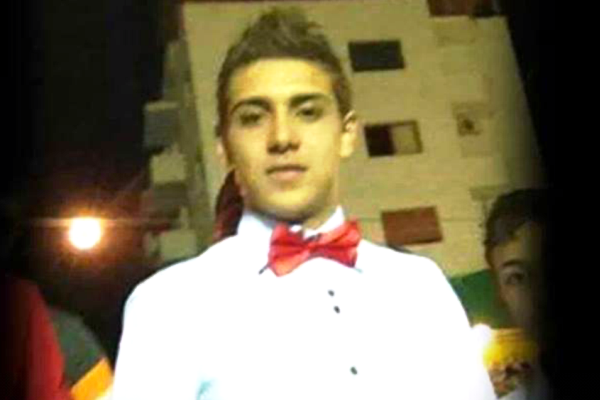 The bullet struck Karim on his right side in the waist, causing damage to his right kidney, right lung, pancreas and intestines. Doctors had performed emergency surgery to remove his kidney and lung, and shrapnel from his chest, according to hospital sources.

Early Monday morning, Karim was on the roof of a house with two other youths when Israeli forces on the street below fired live ammunition toward them from a distance of 50-60 meters (165-195 feet), according to an eyewitness. The two other youths also sustained injuries, with one transferred to Al Maqasid hospital in Jerusalem.

A Palestinian man, identified as Majd Lahlouh, 22, was killed during the incursion.

Israeli officials said the shooting occurred as Israeli forces encountered and responded to violent protesters after they entered Jenin refugee camp to arrest a suspected member of Islamic Jihad, according to news reports. The Israeli military said further investigation into the incident was underway.

At least 30 children have been shot and injured, including three killed, by live ammunition, rubber-coated metal bullets or tear-gas canisters since January 2013, based on DCI-Palestine research.

This week, Israeli forces shot and killed three Palestinian men and injured more than a dozen others, among them four boys ages 16 and 17, during a night raid on Qalandia refugee camp, outside Ramallah, similar to what took place in Jenin.

In May 2013, the average number of civilians injured by live ammunition or rubber-coated bullets more than tripled compared to this time last year, according to the United Nations Office for the Coordination of Humanitarian Affairs (OCHA).