Ramallah, June 16, 2014—After three days in the intensive care unit, Ali al-Awour, 10, died at 3:30 pm on Saturday, of wounds he sustained from an Israeli airstrike.

He was riding on the back of his uncle’s motorcycle when they, and two bystanders, were struck by an Israeli missile last Wednesday in northern Gaza. Ali, who had recently finished the fifth grade, enjoyed playing soccer and helping out in his family’s restaurant. He is survived by his three siblings.

According to documentation by DCI-Palestine, he is the fifth Palestinian child killed by Israeli forces since January.

Four other children died from live ammunition wounds in the Occupied Palestinian Territories this year.

Adnan Abu Khater, 16, was shot and killed in Gaza this January. Israeli officials alleged he was vandalizing the border fence at the time of the incident. 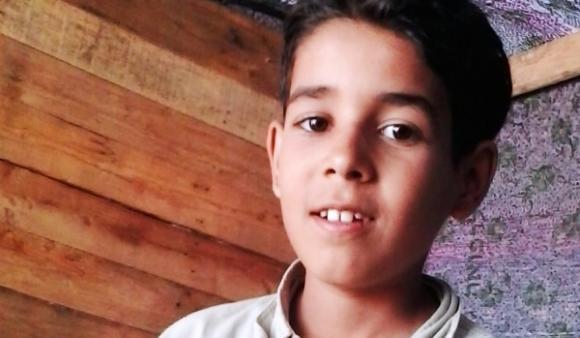 In March, 14-year-old Yousef al-Shawamrah was shot twice and killed by an Israeli soldier as he searched for thistle in his village, which is split in two by the separation barrier.

Last month, the fatal shootings of Muhammad Salameh, 16, and Nadim Nawarah, 17, received international attention. The teens, who were killed in the West Bank town of Beitunia, posed no immediate threat to Israeli forces at the time of their shooting.

Palestinian children across the Occupied Palestinian Territory are frequently injured by the Israeli military's use of excessive force including both crowd control weapons and live ammunition. According to the OCHA, over 250 children were injured in the West Bank and Gaza between January and April of 2014.