Samer S., 13, suffered a complex injury after being directly stuck on the right arm by an Israeli-fired tear gas canister in January of 2019, in the northern Gaza Strip. (Photo: DCIP/ Mohammad Ibrahim)

Ramallah, July 22, 2019—On the afternoon of January 11, 2019, Samer S. set out for the bus stop with his cousin. It was a Friday, meaning that the “Great March of Return” demonstrations would be starting soon. For a 13-year-old boy from the impoverished Jabalia refugee camp in the north of Gaza, where nearly 114,000 residents share a half square mile, the promise of dance and martial art performances was inviting.

Reaching the area near the perimeter fence east of Jabalia around 2:30 p.m., Samer sat for a while to take in the free show. “There were performances of dance, karate, and kung fu,” said Samer. “There were many people at the tent camp. Some young men and boys were close to the perimeter fence, throwing stones at the Israeli soldiers, who were firing bullets and tear gas canisters at them.”

“Military jeeps were also firing a large number of tear gas canisters, which would fall randomly, whereas the canisters fired by the soldiers hit the demonstrators directly,” the boy later told Defense for Children International - Palestine. 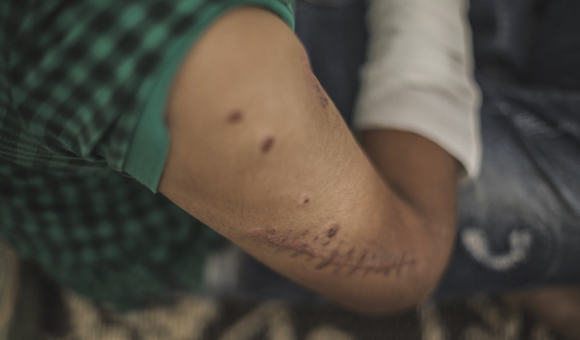 After watching the performances for a while, Samer headed to Jakkar street. He had just reached the street, some 300 meters (984 feet) from the perimeter fence, according to his sworn affidavit, when something struck his right shoulder. A canister landed near his feet and began spewing a thick, white smoke.

Choking and bleeding, Samer ran. Seeing how badly he was injured, others came alongside Samer and carried him to an ambulance, where a paramedic cut open his shirt.

“I saw a circular hole with a diameter of about four centimeters [1.6 inches] in my shoulder, and it was bleeding profusely,” Samer said. 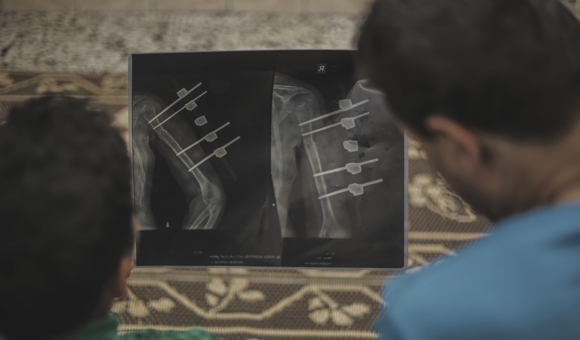 Samer was transferred to Al-Awda hospital and admitted into the operating room. Doctors told him there were two fractures in his right shoulder. Due to the severity of the fractures, surgeons implanted platinum rods to hold the bones together. On January 14, Samer underwent a second surgery to adjust the platinum rods.

Before he was discharged, doctors stressed that treatment was not over. Samer would need to consult a neurologist to assess the extent of nerve damage. He also needed a medical brace. But Samer said the brace “is very expensive and not available at hospitals. My father is a street vendor and cannot afford such a brace.” 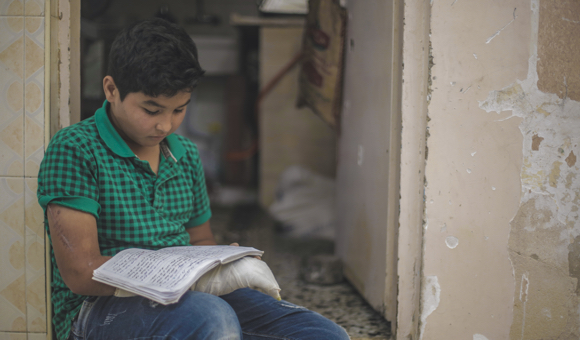 The bad news only continued for Samer as a neurologist confirmed that a nerve in his right arm had been severed. In February, he endured a third surgery to remove the platinum rods and several bouts of complications involving infections.

By the middle of March, Samer still could not move his arm. “I still feel pain, especially at night, it burns,” Samer said to DCIP.

The doctor prescribed antibiotics and painkillers. However, Samer explained to DCIP that it is beyond his father’s financial ability to pay for these medications. “My father cannot afford to pay 40 shekels every five days,” said Samer, an amount equivalent to nearly 70 dollars a month. 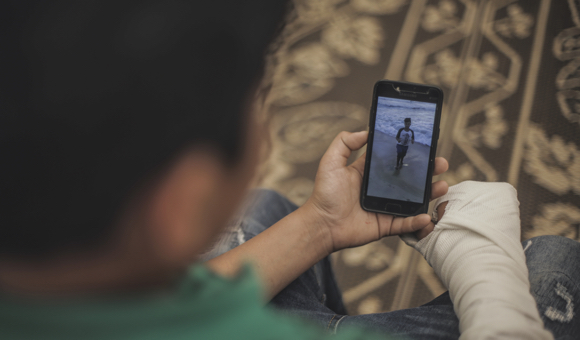 Samer’s routine now consists of attending regular physiotherapy sessions, which will last for one year. Between appointments, Samer attends school two or three days a week as “a listener,” because he is not able to write.

The injury has also isolated Samer, socially. “My father is worried that I may be pushed or hurt unintentionally. He does not allow me to go to school in the rain because I may slip and hurt myself. I stay in the classroom during the recess and gym. I loved playing soccer, but I no longer can play,” said Samer. 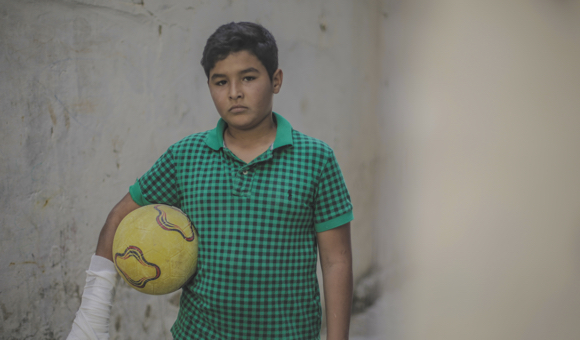 The “Great March of Return” civilian demonstrations began in the Gaza Strip on March 30, 2018 in protest of Palestinian refugees’ inability to return to properties lost during events surrounding the establishment of the state of Israel in 1948 and also to demand an end to Israel’s 11-year near total closure of Gaza. These ongoing mass civilian protests, which are taking place on a weekly basis in the area along the Israeli-installed Gaza perimeter fence or near the Mediterranean shore, have drawn large and diverse crowds of demonstrators, including women, children, and elderly people.

Each week, Israeli forces stationed on the other side of the perimeter fence have consistently responded to the mass civilian protests with crowd control weapons as well as live ammunition. 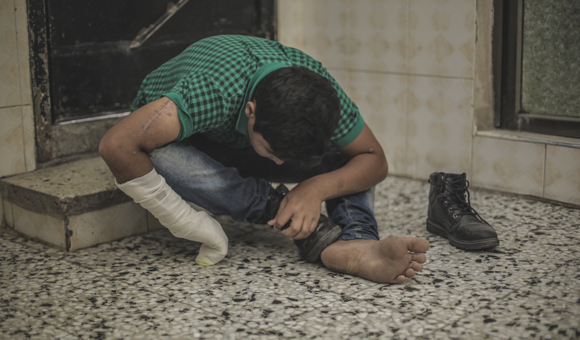 On January 11, 2019, DCIP submitted evidence to UN investigators detailing Israeli forces’ unlawful killing of unarmed Palestinian child protesters and other serious violations of international law. The report noted that at least 16 children from the Gaza Strip suffered permanent disability in 2018 as a result of injuries sustained at the hands of Israeli forces.

When the U.N. Commission of Inquiry released its findings on March 18, 2019, it concluded that Israeli forces killed 34 Palestinian children between March 30 and December 31, 2018, in the context of the “Great March of Return” protests. This number included 4 children who were killed after being directly struck by tear gas canisters. Of the 1,642 children injured in the same period by Israeli forces, 233 children were directly hit by tear gas canisters, the report found.

While the rate of casualties significantly declined in July, the Office for the Coordination of Humanitarian Affairs (OCHA) reported that Israeli forces injured 350 Palestinians between July 2-15, 2019, in the context of the Gaza Strip demonstrations. 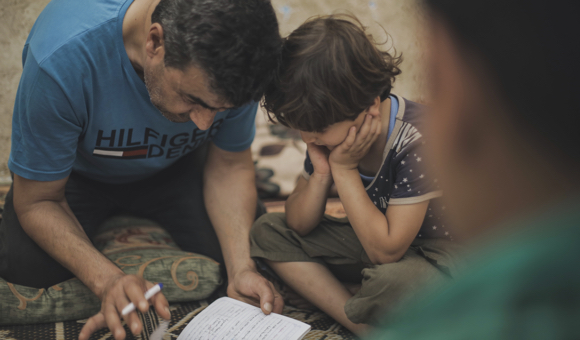 These days, Samer's daydreams do not revolve around martial arts performances or soccer kicks. He told DCIP that what he wishes for is access to more medical treatment outside of Gaza, and for the soldier who fired the tear gas canister to sit trial.