Ramallah, December 18, 2022—”I thought that the only way to get rid of these conditions was to commit suicide. If the means and tools were available, I would have done it.”

Israeli forces detained 17-year-old Muhannad Muneer Mahmoud Shadouf around 3:30 a.m. on May 12, 2022, from his home in Burqin, a Palestinian village west of Jenin in the northern Israeli-occupied West Bank, according to documentation collected by Defense for Children International - Palestine. During the course of his detention, Muhannad was isolated in solitary confinement for a total of 22 days. Muhannad’s tiny cell had bright lights, a terrible smell, a dirty mattress, poor ventilation, and a hole in the floor for a toilet. Israeli interrogators threatened to keep Muhannad in isolation for months if he did not confess, and the thought of spending even more time in solitary confinement drove Muhannad to contemplate suicide.

“Even in my sleep, I would dream that I was outside with my family and friends, but when I wake, I would realize it was just a dream,” Muhannad told DCIP. “I would get depressed and think of killing myself all over again.” 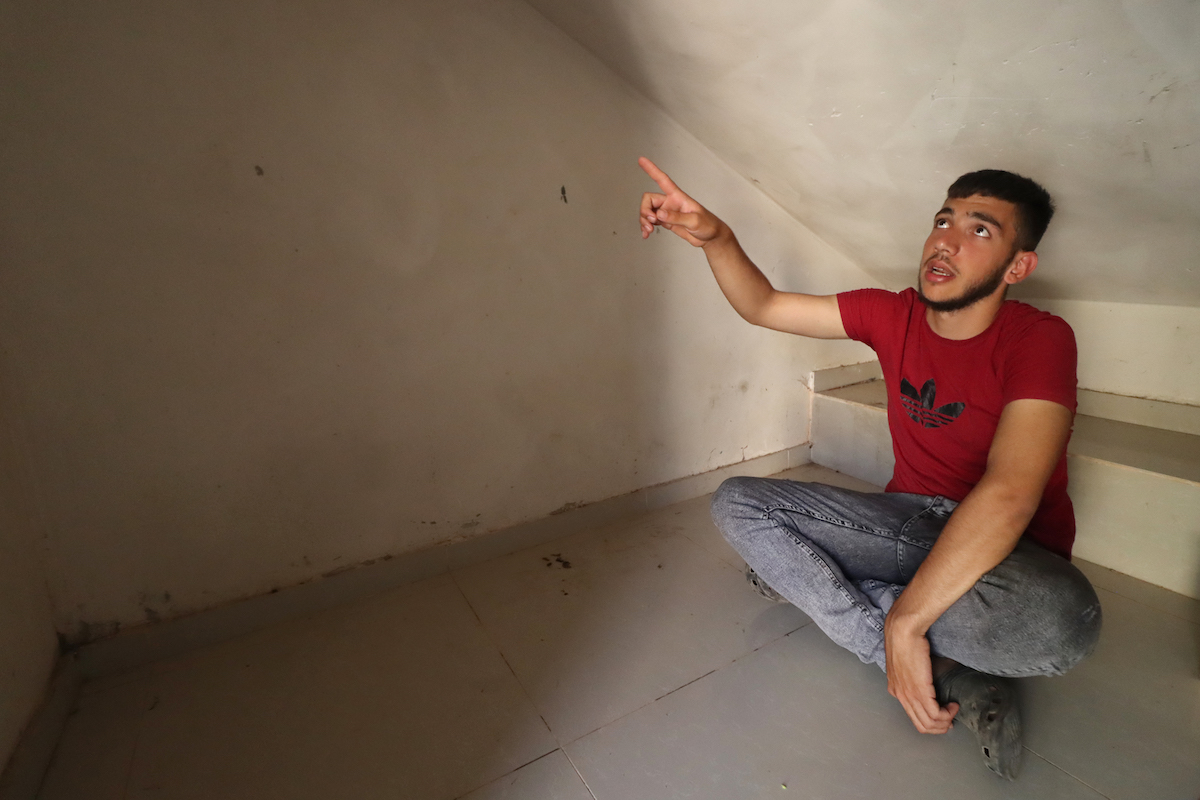 “The first night of my arrest was one of the most difficult nights,” said Muhannad, recounting the early hours of May 12, 2022, when Israeli forces detained him from his home. That night, Israeli forces bound his hands behind his back, gagged him with a piece of cloth, blindfolded him, and strip searched him.

“I was very scared. I was thinking about where the soldiers would take me, and why I was arrested in the first place. The soldiers did not allow me to use the bathroom. When I arrived at Al-Jalame interrogation and detention center [in northern Israel], I was detained in a small cell with poor conditions,” said Muhannad. “On the first night of my detention, I was interrogated by [an Israeli interrogator] who told me where I was and accused me of many things. He also threatened to keep me in the cell for a long time if I did not confess to the charges against me,” Muhannad told DCIP. “That night I could not sleep well because of the constant thinking about what he had told me, and because of the cell's poor condition. I was telling myself that I could not stay in the cell for a long time.” 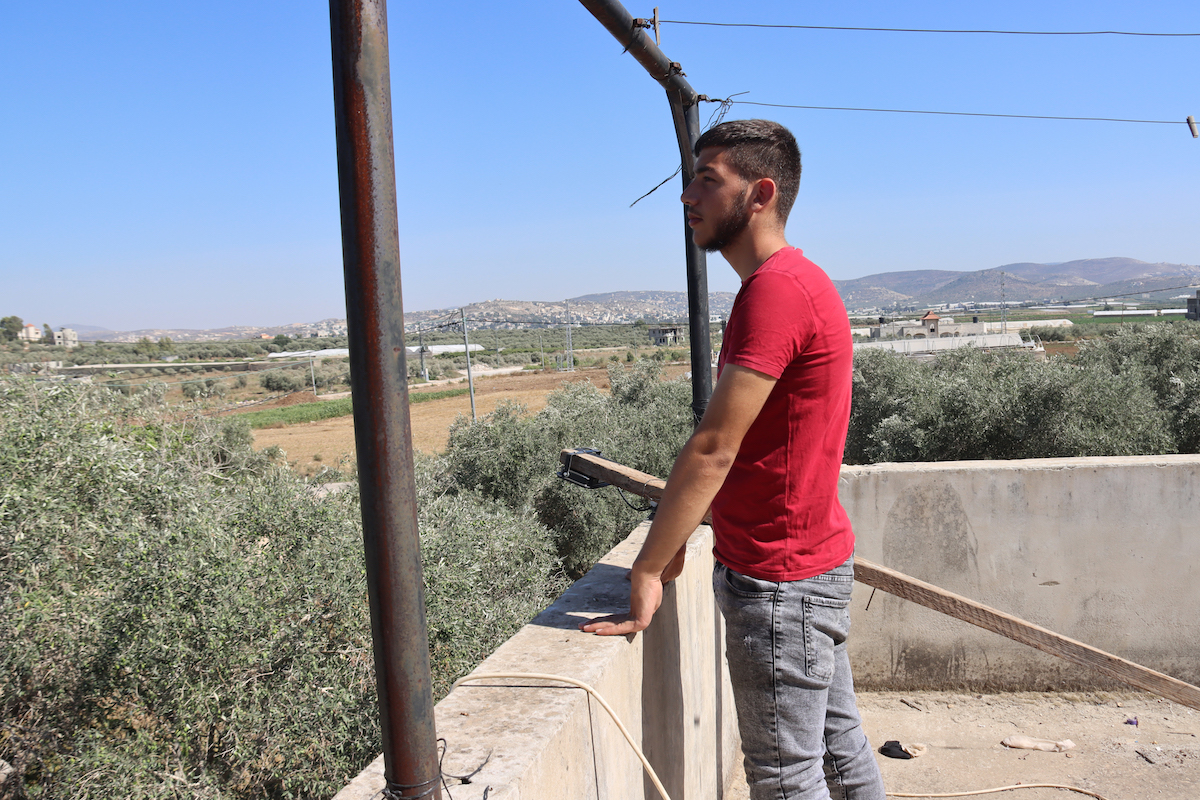 That first day in Israeli military detention, in the afternoon, Muhannad was taken to a room with five Israeli interrogators. During the five-hour interrogation, he was not allowed to consult a lawyer or have his family present, nor was he informed of his rights. The interrogators shouted at him, and one threatened to keep him in solitary confinement for 130 days.

The solitary confinement of Palestinian children within the Israeli military detention system takes place almost exclusively during pre-charge and pre-trial detention. Evidence collected by DCIP overwhelmingly indicates that isolation is practiced solely to obtain a confession for a specific offense or to gather intelligence under interrogation. DCIP has found no evidence of the legally justifiable use of solitary confinement of Palestinian children.

“During my detention in solitary confinement, I was not aware of the time, and I could not differentiate between night and day. The time was so long and it was passing so slowly,” Muhannad told DCIP. “Whenever I went to bed, all I could think of was my fate, my family, the words of the interrogators, and how to overcome the conditions of solitary confinement.”

After several days, Israeli forces transferred Muhannad to Megiddo prison, also in northern Israel, where he was detained in a larger room with a bed, two blankets, a television, and toilet. While detained at Megiddo, a man who called himself Abu Hasan approached Muhannad and spoke to him through a window. He said he was the head of the prisoners’ organization at Megiddo.

“He first asked me if I needed anything, and then he started asking me about the interrogation sessions, and I realized he was a rat—a snitch trying to extract a confession from me,” Muhannad told DCIP. “I started dealing with him with caution and then I ignored him completely.” 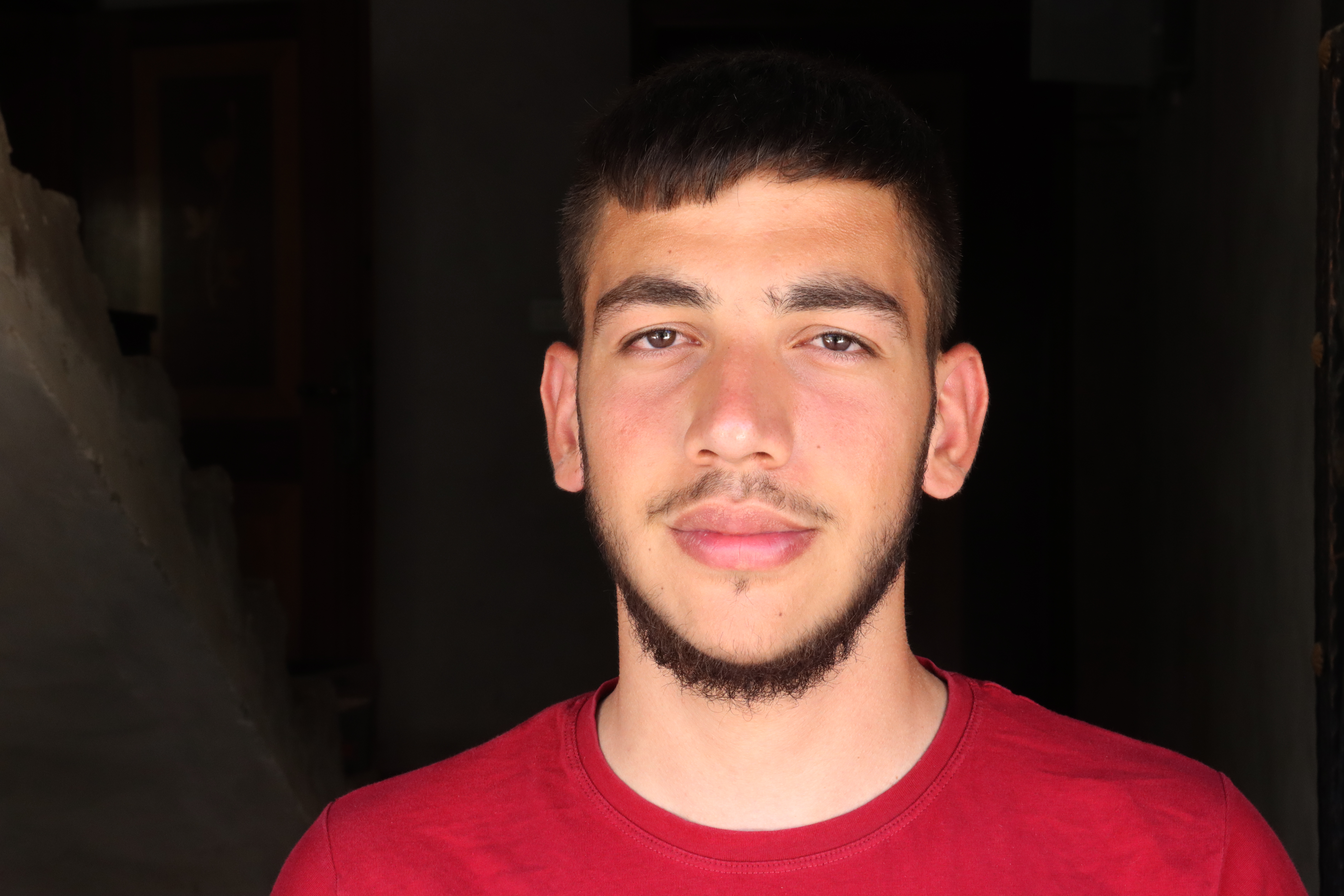 On May 19, 2022, Israeli forces transferred Muhannad back to Jaleme detention and interrogation center. He was isolated in solitary confinement for 18 more days followed by another week of detention in a cell with another Palestinian child.

“When I was transferred to a cell with another child detainee, I felt joy and happiness because I was no longer alone,” said Muhannad. “We got to know each other and talked about our worries. It was a major reason to keep away the bad and negative thinking and I slept continuously and sufficiently despite the difficult conditions of the cell.”

Muhannad appeared in court four times while detained at Jalame, and each time, his detention was extended.

“When they told me that I was going to a court session, I was hopeful that I would be able to see my father or my mother, but I was surprised that there was no one inside the courtroom except a lawyer, a prosecutor, and a judge,” said Muhannad. “In most of the court sessions, I would ask the lawyer what was going on, and he would tell me that my detention was extended and that my parents were not allowed to attend the sessions held at interrogation centers. When I returned to the cell, I was disappointed and I would get more negative thoughts and low expectations.”

Israeli forces then transferred Muhannad back to Megiddo prison, where he was detained in the juvenile section and appeared in Israel’s Salem military court four times.

“When I was transferred to the juvenile section at Megiddo prison, I felt the big and vast difference, as I was detained in a room with many children and ample space,” Muhannad said. “It had a TV, beds and good ventilation. Detention conditions in Megiddo were much better in all respects compared to solitary confinement. I met many children. I bought things from the cantina and I cooked my own food. I also had access to the outside courtyard and took a walk and saw the sun and the sky.” 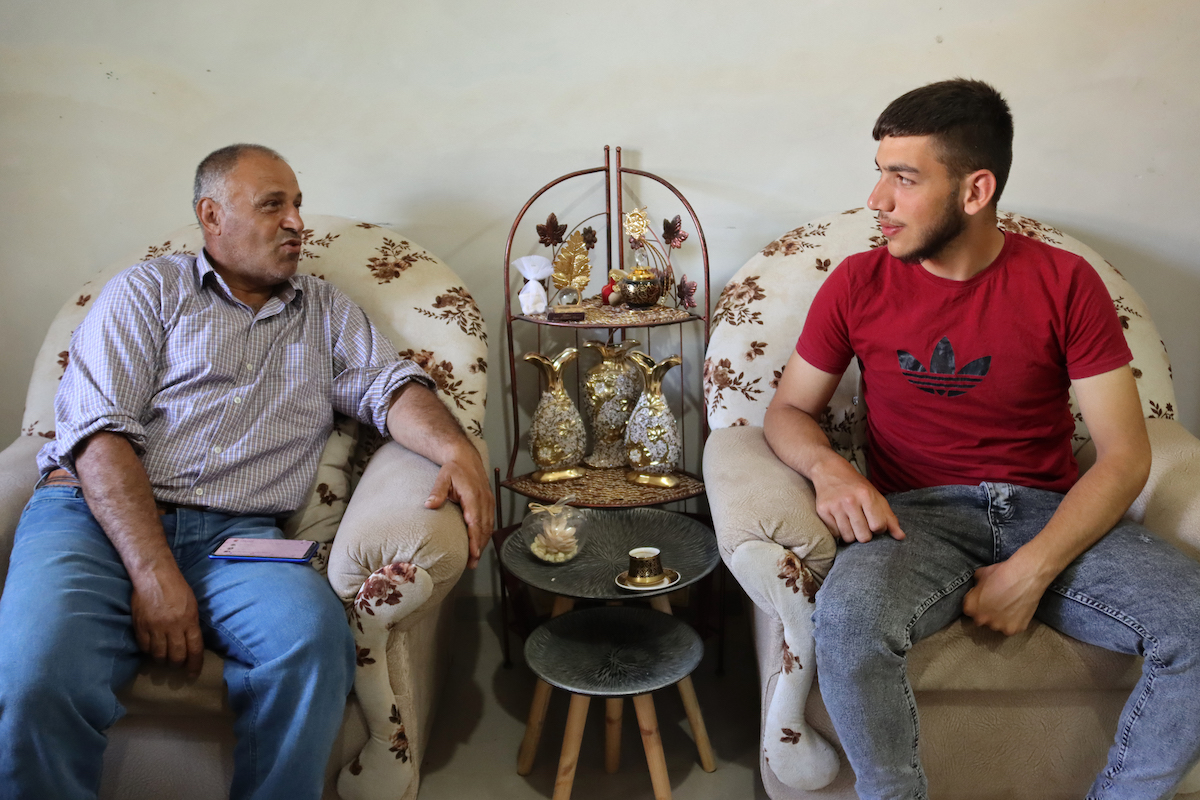 “The moment I was released at one of the Israeli-controlled West Bank crossings near my village, I was asking myself whether I was dreaming or was I really released from prison,” Muhannad told DCIP. “When I got home, I hugged my mother and my father for a long time, I checked the house and my room, and I called my friends to tell them that I was free and that I wanted to see them.”

“Since I have been released, I really cannot be alone because I hate being alone,” Muhannad said. “Even in my spare time I feel that I must use every minute to have fun, play, and be with my friends.”

Palestinian children in the West Bank, like adults, face arrest, prosecution, and imprisonment under an Israeli military detention system that denies them basic rights.

Military law has applied to Palestinians in the West Bank since 1967, when Israel occupied the territory following the Six Day War. Jewish settlers, however, who reside within the bounds of the West Bank, in violation of international law, are subject to the Israeli civilian legal framework. Accordingly, Israel operates two separate legal systems in the same territory. Palestinian children who live in Jerusalem generally fall under Israeli civilian law.

Since 2000, an estimated 13,000 Palestinian children have been detained by Israeli forces from the occupied West Bank and held in the Israeli military detention system.