Ramallah, July 6, 2014—An Israeli judge in Jerusalem released 15-year-old Tariq Abu-Khdeir on bail Sunday afternoon. Footage of his brutal arrest, in which Israeli police officers beat him unconscious, was published on Palestine Today TV, a local news channel, and online Thursday. At the time of his release, Tariq had not been charged with a crime.

Tariq was ordered to spend nine days under house arrest in Beit Hanina and will not be permitted to enter the Shuafat area, where his family lives. His bail was placed at 3,000 NIS (US$877).

“There’s no charge on him. Why are [the Israeli authorities] putting him on house arrest?” said his mother, Suha Abu Khdeir. “It makes no sense. I’m American, I know American law, and this doesn't happen in America.” 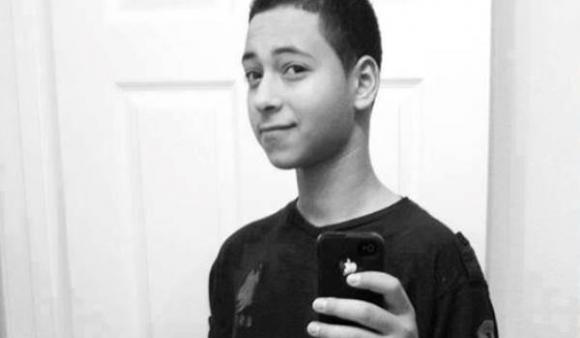 According to one of his lawyers, Tariq will remain under house arrest until Israeli authorities conclude their investigation in the case and determine whether they will press charges against him. Many Palestinian children are denied bail during this phase.

Tariq is a sophomore in high school in the United States. He came to Shuafat, a Palestinian neighborhood of East Jerusalem, on summer vacation to visit family.

On Wednesday, Tariq’s 16-year-old cousin Mohammad Abu Khdeir was abducted and burned alive in a revenge attack by Jewish extremists. Tariq, who was with Mohammad shortly before his abduction, participated in demonstrations in honor of his murdered cousin the following day.

According to his mother, Tariq was escaping tear gas fired at demonstrators by Israeli forces when he was arrested and beaten by Israeli border police.

Though Israeli Police Spokesman Micky Rosenfeld labeled footage of the assault “edited and biased,” Tariq does not appear to resist the arrest in the videotaped assault.

Two heavily armed and masked policemen delivered over 20 blows to the teen while he was handcuffed, a clear violation of both Israeli and international law. After Tariq’s arrest, photos of his bruised face circulated online.

After seeing her son in court for the first time in three days, Suha said injuries had rendered him “unrecognizable.” 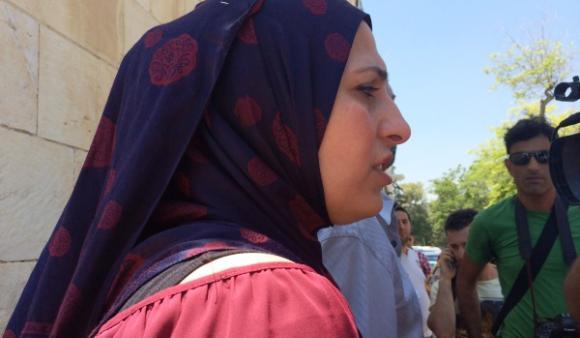 Tariq’s case has received a high level of scrutiny worldwide. His mother credited the attention to the fact that her family is American, noting that “this happens to Palestinians every day.”

In 2014, 190 Palestinian children on average have been held in Israeli detention, according to documentation by DCI-Palestine. The majority of these children will carry out their sentences without mention in international media

Tariq’s parents said they would be seeking legal action against the officers who assaulted their son. According to a report released by DCI-Palestine last month, accountability and indictment for Israeli settlers and soldiers is rare in what has been labeled a “culture of impunity.”

The Washington Post: Beaten Palestinian-American teen and mother speak out on Israeli police