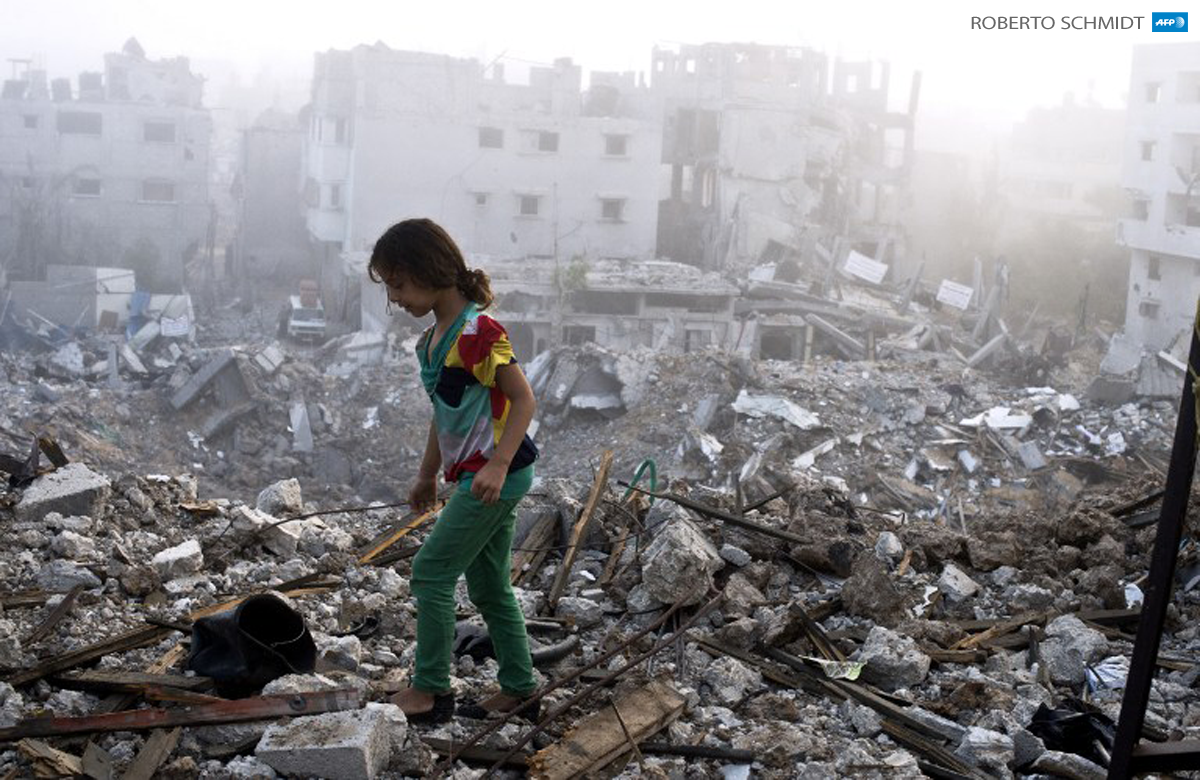 On August 1, 2014, Rafah’s streets were busy with residents emerging from shelter in anticipation of a 72-hour temporary truce set to begin at 8 a.m. that morning. The ceasefire never took shape as clashes broke out between an Israeli army reconnaissance unit and Palestinian fighters, which led to the capture of Israeli soldier Lieutenant Hadar Goldin.

Within the hour, Colonel Ofer Winter, commander of the Givati Brigade, initiated the Hannibal Directive, which authorizes the use of maximum force to prevent the capture of a missing soldier by enemy forces.

According to Amnesty International, an Israeli military inquiry determined that “more than 2,000 bombs, missiles and shells were fired during the entire day, including 1,000 in the three hours following the capture.”(1)

While an Israeli military forensic unit confirmed on August 2 that Goldin was dead, and the chief military rabbi issued a death certificate that evening, Israeli attacks on Rafah continued through August 4. At least 135 Palestinians lost their lives over these four days. Defense for Children International – Palestine (DCIP) confirmed that 82 children were among the dead.(2)

The Hannibal Directive permits indiscriminate and disproportionate attacks against civilians in complete violation of international law. Despite overwhelming evidence of war crimes, not one perpetrator has been held accountable.

In the first half of 2014, the U.K. government approved £7 million ($11 million) in weapons transfers to Israel including ordinance that was likely used in the 2014 bombing of Gaza.(3) While the U.S. government allowed Israel to resupply itself from a U.S. weapons stockpile located in Israel with grenade and mortar rounds at the end of July last year.(4)

Children in Gaza deserve justice. The U.S. and U.K. governments share complicity in Israel’s human rights violations in Rafah and elsewhere in Gaza. Both must investigate and impose an immediate arms embargo on Israeli military units that violate human rights and international humanitarian law as required by American and British arms export control laws and policies.

The U.S. and U.K. governments must also support the International Criminal Court in examining alleged war crimes committed in Rafah between August 1 and 4.

A U.S. law known as the “Leahy Law” prohibits the U.S. government from providing military assistance to a foreign military unit where credible information exists that the unit has committed a gross violation of human rights.

The U.S. must investigate whether the deadly attack on Rafah constituted a violation of the “Leahy Law.” If so, the specific units involved should be ineligible to receive future U.S. military equipment, training, or other types of assistance. In addition, individuals involved in the attack on Rafah should be denied U.S. visas as stipulated by the law.

The U.K. applies the Consolidated EU and National Arms Export Licensing Criteria when deciding on a case-by-case basis to sell weapons to countries. The government should not export arms if a “clear risk” exists that they “might be used for internal repression” or “in the commission of a serious violation of international humanitarian law.” The criteria also prohibits the transfer of weapons if they would “provoke or prolong armed conflicts or aggravate existing tensions or conflicts,” or be used “to assert by force a territorial claim.”

The U.K. government must reconsider its decision that arms exports to Israel meet these criteria and impose an immediate arms embargo.