At the end of April, a total of 414 Palestinian children were imprisoned in the Israeli military detention system, among highest number of child detainees since January 2008.

Israel has the dubious distinction of being the only country in the world that systematically prosecutes between 500 and 700 children in military courts each year. The most common charge against these children is stone throwing. Amid escalating violence across the West Bank, including East Jerusalem, the number of Palestinian children in Israeli military detention has skyrocketed. 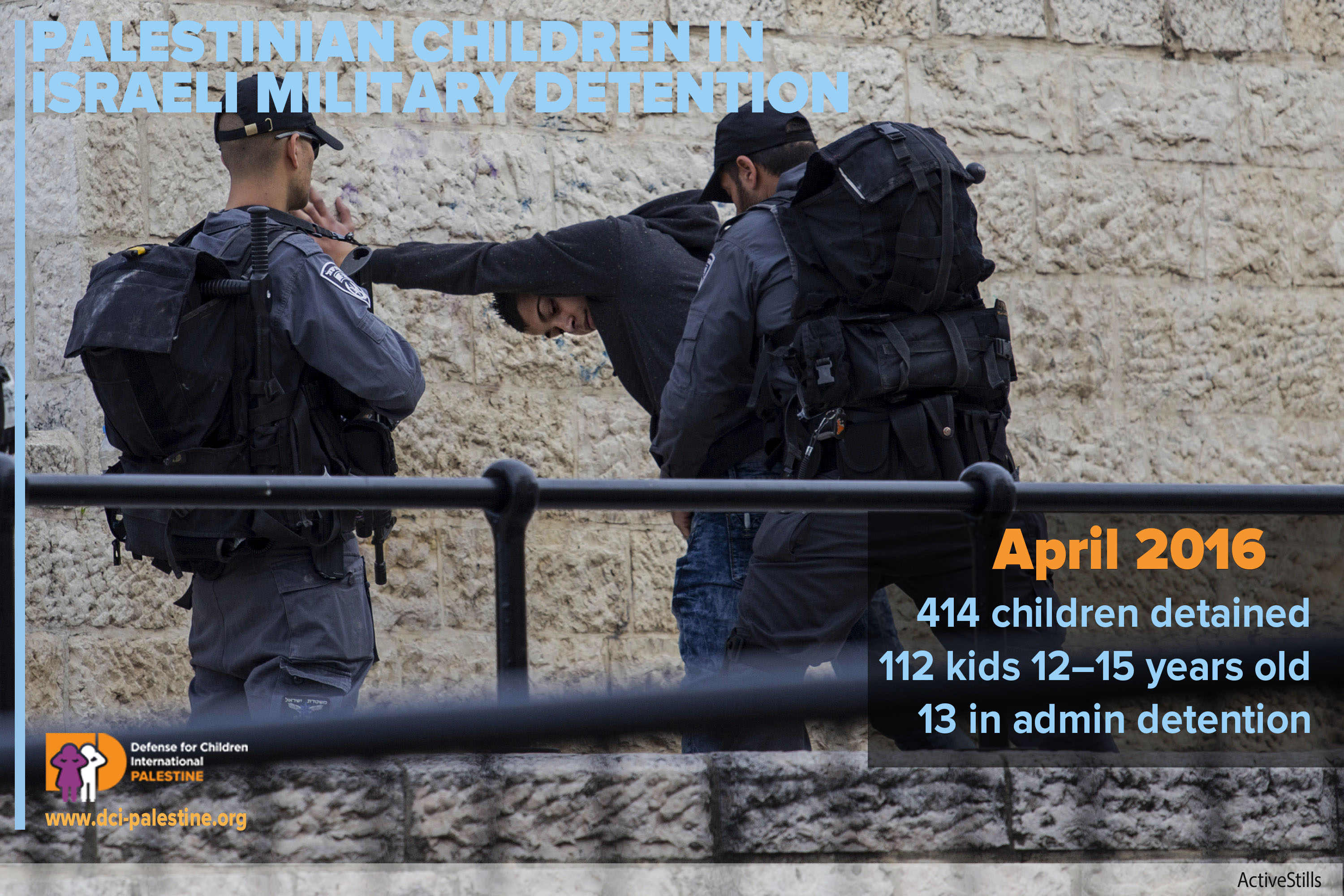 The charts below show the number of Palestinian children held in Israeli detention at the end of April, 2016. The figures are from the Israeli Prison Service (IPS) and Israeli army temporary detention facilities. 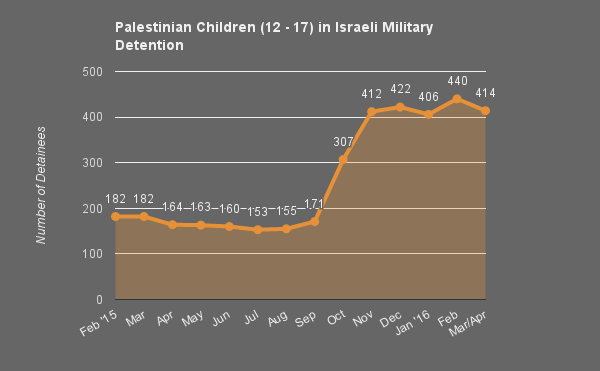 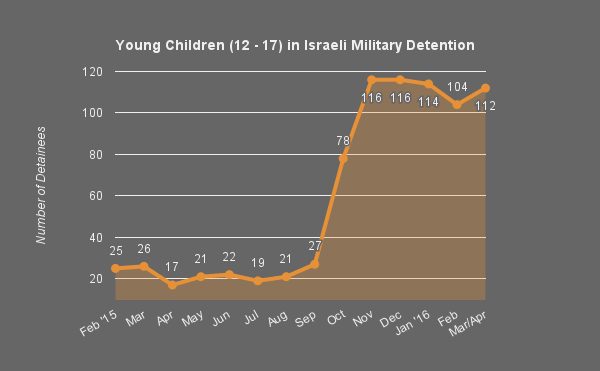 Increasing use of Administrative Detention and Solitary Confinement

Israeli authorities were holding thirteen Palestinian teenagers under administrative detention at the end of April. Last October was the first time Israeli authorities used the measure against Palestinian minors in nearly four years, and the first time the practice was used against Palestinian children in East Jerusalem. Administrative detention is the imprisonment of individuals by the state for prolonged periods without charge or trial.

DCIP has also found that Israeli authorities have held increasing numbers of Palestinian children in solitary confinement for interrogation purposes in the first half of 2016. From January through June, Israeli authorities held at least 13 Palestinian children in solitary confinement for two or more days, compared to a total of 15 cases during 2015. The longest period of confinement documented so far in 2016 involves a 16-year-old boy from the West Bank village of Ya’bad, near Jenin, who spent 22 days in isolation. Read more. 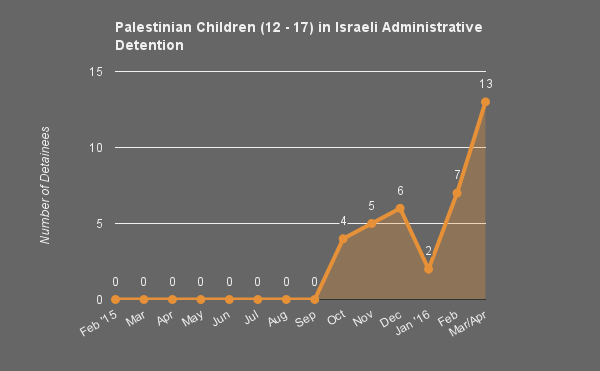 To stay up to date on this issue, including ways you can take action, sign up for email updates.