At the end of October, a total of 307 Palestinian children were imprisoned in the Israeli military detention system, the highest number of child detainees since April 2010.

The number of young children detained between the ages of 12 and 15 was 78, an 189% increase from September. This includes two children between 12 and 14 years old. 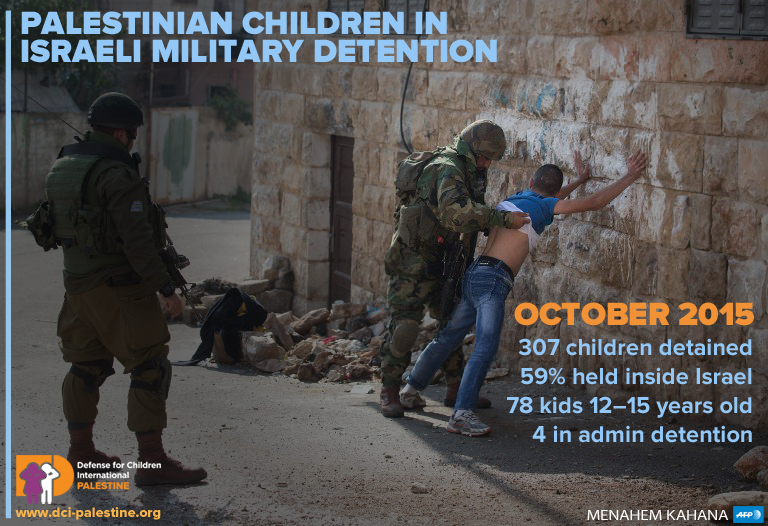 Tensions over access to the Al-Aqsa mosque in Jerusalem’s Old City escalated into lethal attacks across East Jerusalem and the rest of the occupied West Bank in early October. In the first three weeks of October, DCIP confirmed that Israeli forces killed 10 Palestinian children in separate incidents across the West Bank, including East Jerusalem, and the Gaza Strip. Read more.