Ramallah, June 16, 2022—“Every day [my son] comes home and all he can talk about is soldiers, tanks, and the firing of shells and bullets,” said the father of Sari S., a 16-year-old student at Tayaseer school. “He no longer tells us about his classes and tests and results. This is alarming because it will certainly have an impact on his learning.”

In the northern Jordan Valley in the occupied West Bank, 257 Palestinian students attend Tayaseer Secondary School for Boys. This school year was different: In August, Israeli forces confiscated land adjacent to the school and turned it into a military training zone.

Israeli soldiers hold military exercises directly next to the school. Students have to cross through this area every day on their way to school and back. Their lessons are interrupted by Israeli soldiers firing shells and bullets.

Part 1Shot and detained on the way to school

“I felt really scared,” he told Defense for Children International - Palestine. “But I was so scared that if I turned around to go home, they would shoot at me, so I continued walking toward the school while feeling really scared.” 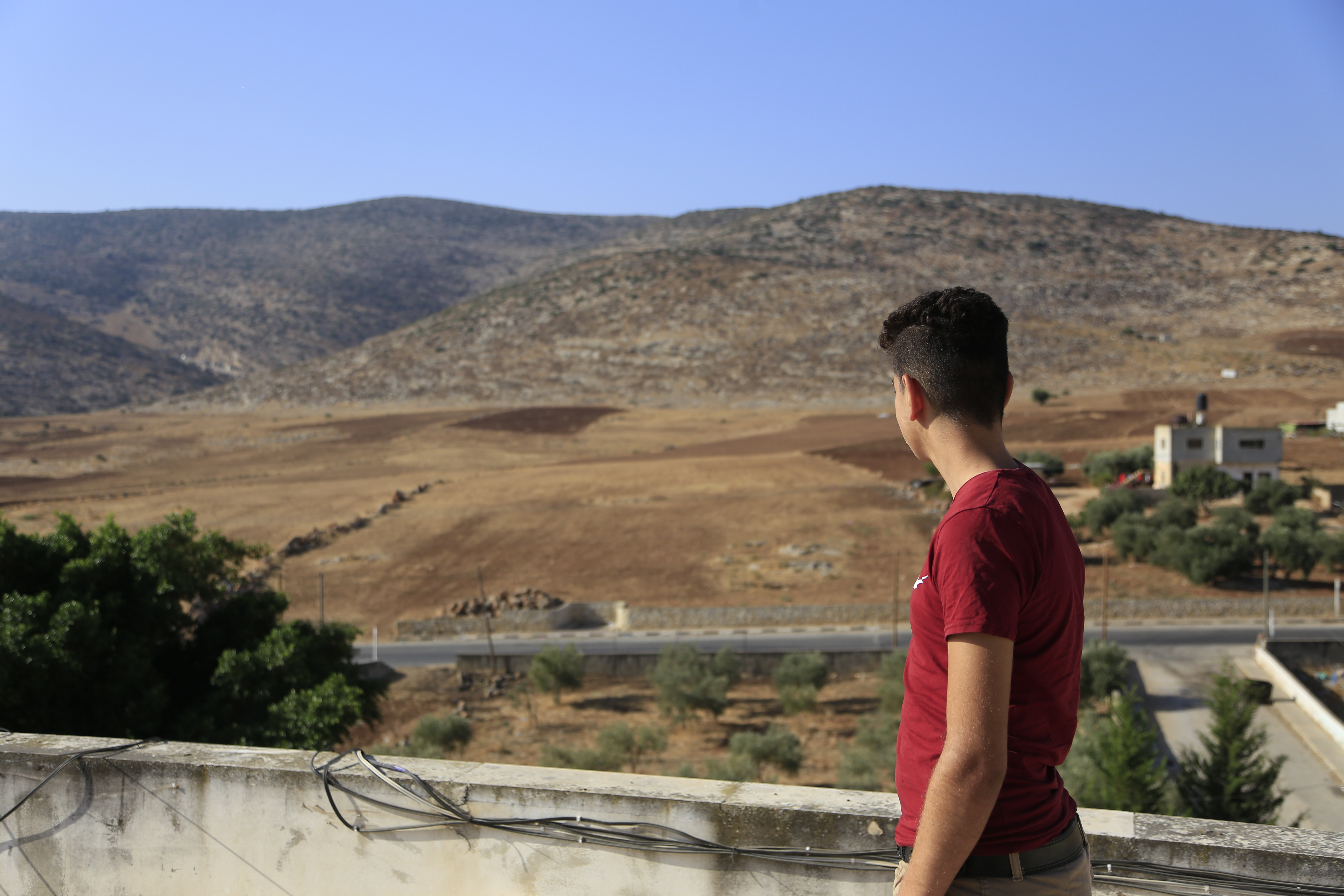 Before Sari reached his school, Israeli soldiers detained him for around 15 minutes.

“I was scared they would beat or arrest me,” he told DCIP.

“One of them [Israeli soldiers] insulted me a few times, and loudly, and I was even more scared and tense. When they allowed me to leave and enter the school, I felt very happy, but I did not feel completely safe until I entered the schoolyard and joined the other students, as I was scared that one of them would shoot me from behind because they were still standing behind me,“ said Sari.

That same morning, two more students at Sari’s school, including 14-year-old Momen D., were shot by Israeli soldiers on their way to and from school.

“We tried more than once to enter the school, but they were preventing us while aiming their guns at us, as if they did not want us to learn,” Momen D. recounts attempting to reach his school on August 18. “Then I decided to go back to my house. As I was walking back, I was shot by a live bullet in the right leg.” 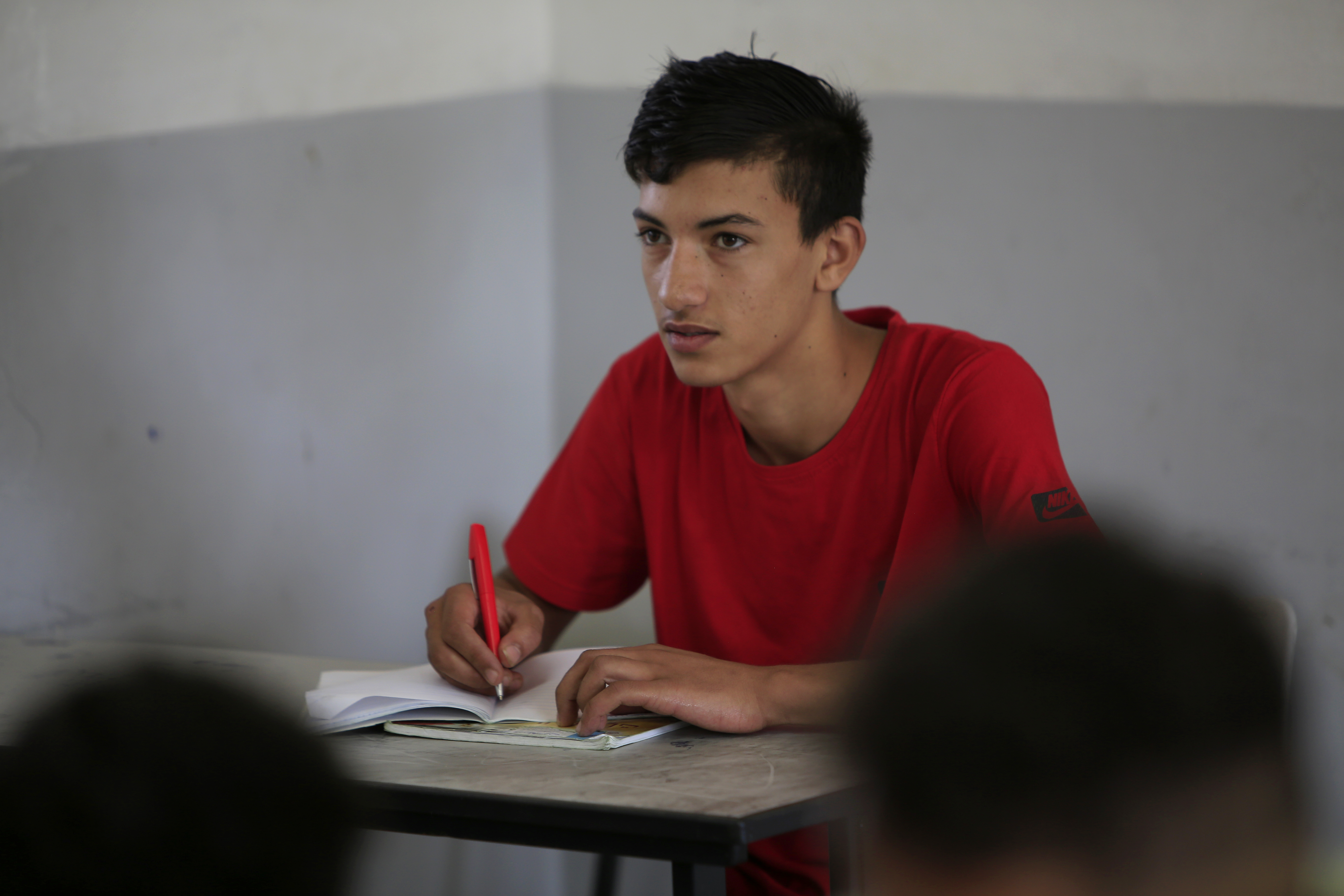 The Israeli military turned the area around Tayaseer Secondary School for Boys, which is located near Tubas in the northern occupied West Bank, into a military training ground in mid-August 2021. Military barracks were built near the school, which students can see through their classroom windows.

Israeli soldiers regularly and deliberately target Palestinian students at Tayaseer, including with live ammunition and tear gas, according to evidence gathered by DCIP. Just two weeks after Israeli soldiers detained Sari S. and shot Momen D. near their school, on September 2, 2021, Israeli forces detained Mahmoud A. for three hours on his way to school. Israeli soldiers tied and blindfolded him for no apparent reason.

“Before the incident, I used to go to school every morning like any other child,” Sari told DCIP. “This year I was very excited to return to school after a long break because of the closures because of the coronavirus, but the [Israeli] occupation ruined everything for me and many other students because of its presence outside the school and its ill-treatment of students. Going to and from school has become a difficult and terrifying task.” 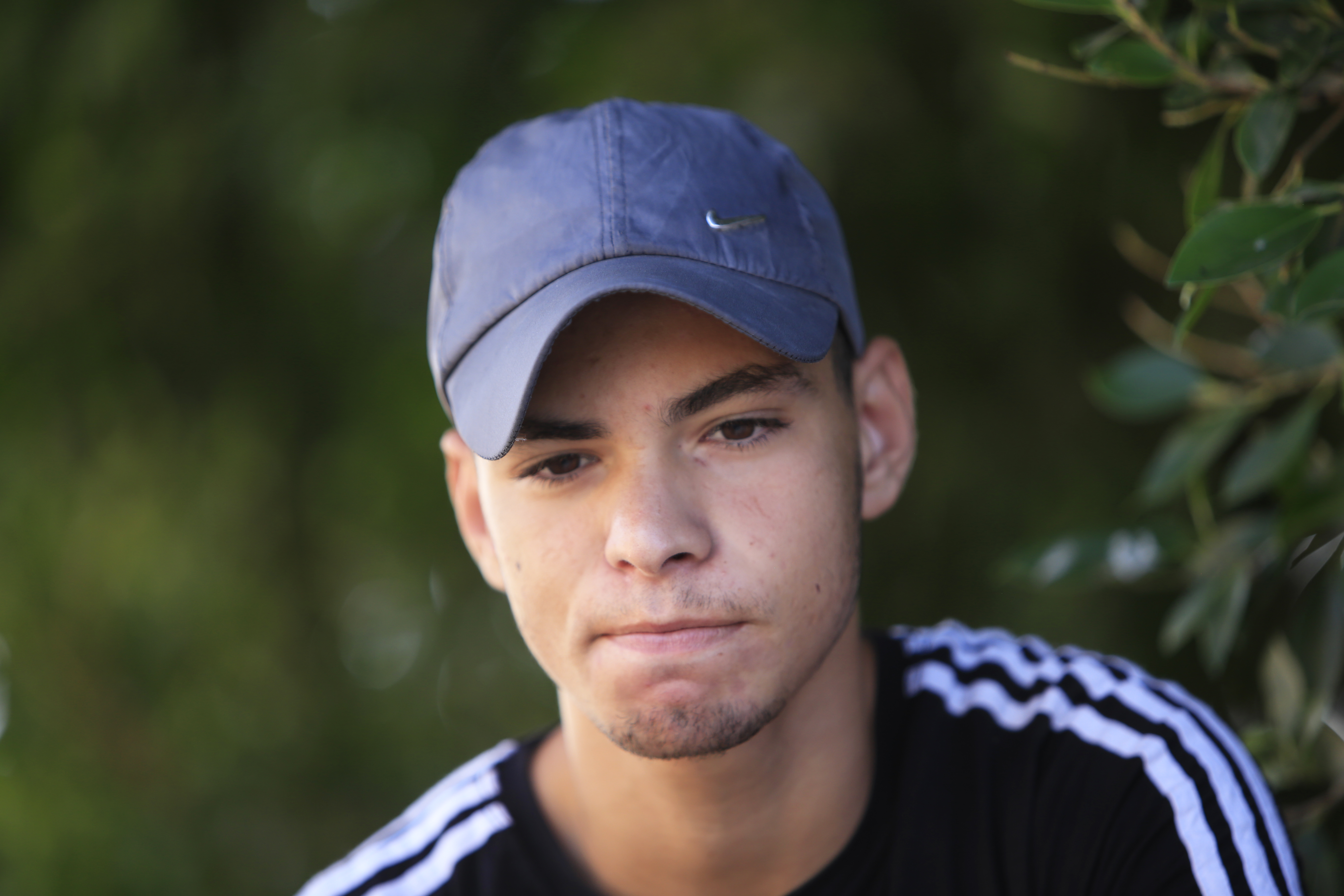 Roughly 6,200 Palestinians live in these Israeli closed military zones, the majority of whom are indigenous Bedouin and other shepherding communities who have lived there for generations.

12-year-old Husam A. was on his way to school when Israeli soldiers detained him for an entire school day. Husam A. attends Al-Sawiya Al-Lubban Mixed Secondary School in Area C, near the occupied West Bank city of Nablus.

The Oslo II Accords in 1995 divided the West Bank into three sections. The most populated parts of the West Bank, including major cities, are in Areas A and B, and are under the civil control of the Palestinian Authority. Area C, which includes most of the Jordan Valley and Dead Sea area as well as other rural areas, makes up 60 percent of the West Bank, is under Israeli civil control. Despite this agreement, Israel remains the Occupying Power under international humanitarian law and maintains ultimate control over the entirety of the occupied West Bank.

Virtually all of Area C is prohibited for Palestinian use, earmarked instead for the use of the Israeli military or under the jurisdiction of Israeli settlements, according to OCHA.

The Jordan Valley makes up 60 percent of the occupied West Bank, though 94 percent of the land is considered off-limits to Palestinians, including Bedouin and herding communities, due to closed Israeli military areas, Israeli nature reserves, illegal Israeli settlements, and the near impossibility of obtaining permits to build in Area C, which accounts for 87% of the Jordan Valley, according to OCHA.

Israeli government officials, including Prime Minister Benjamin Netanyahu pledged in 2020 that the Jordan Valley will remain under Israeli control and become part of Israel’s eastern border.

Part 2"There is no alternative to this school"

”There is no alternative to this school,” says the father of Mohammad D., one of the students at Tayaseer school. “If there were another school in the village, I would not hesitate for a second to transfer him. All I wish for is a child-friendly learning environment for all students.”

“I often go to work late because I need to make sure that my son reaches his school safely,” continues Mohammad D.’s father. “Because of the shooting and artillery shells, students like my son are confused, disturbed, and distracted.”

In the mornings, before school starts, the principal of Tayaseer school, Basem Kharaz, and members of faculty wait at the entrance gate of the school while students arrive, and also when their students are leaving the school. 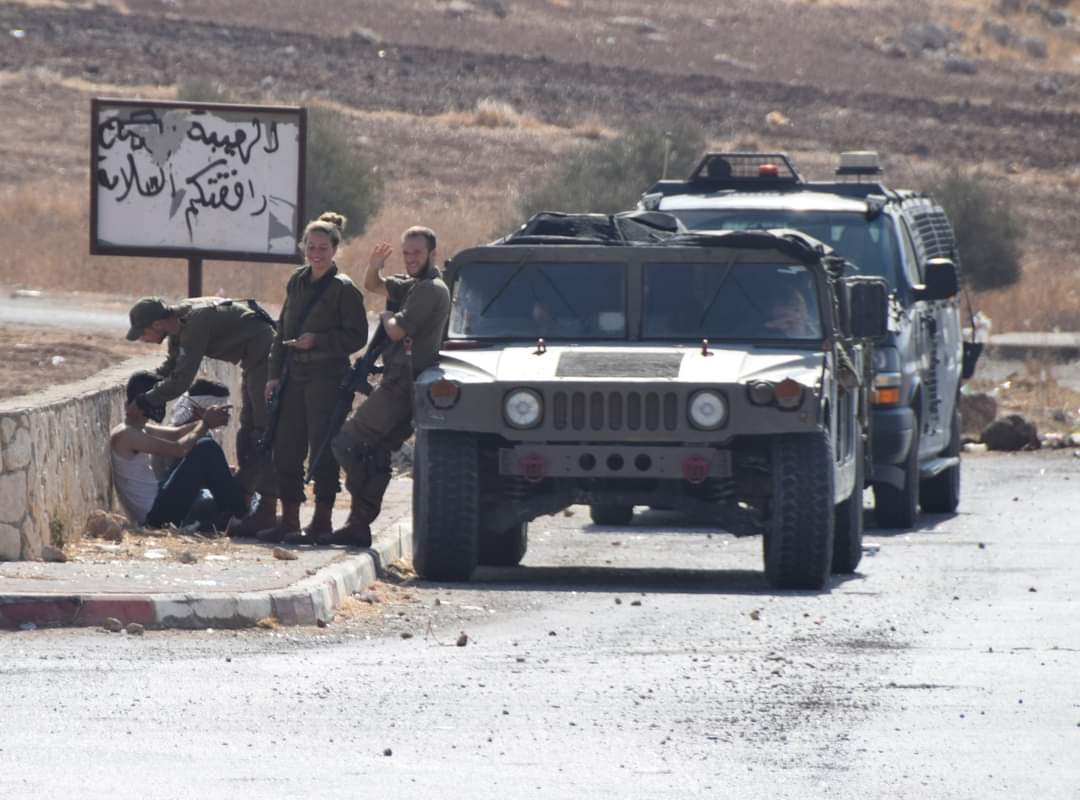 They support their students on their way to school and in their encounters with Israeli soldiers by being present.

“Sometimes soldiers do not allow us to be in front of the school,” says Kharaz. “In addition, we are forced to constantly close the classroom windows despite the high temperatures, in order to reduce the level of distraction by what is going on outside, in addition to protecting them from suffocation due to the tear gas fired by the soldiers from time to time and to try to hide the sounds of bullets and artillery shells.” 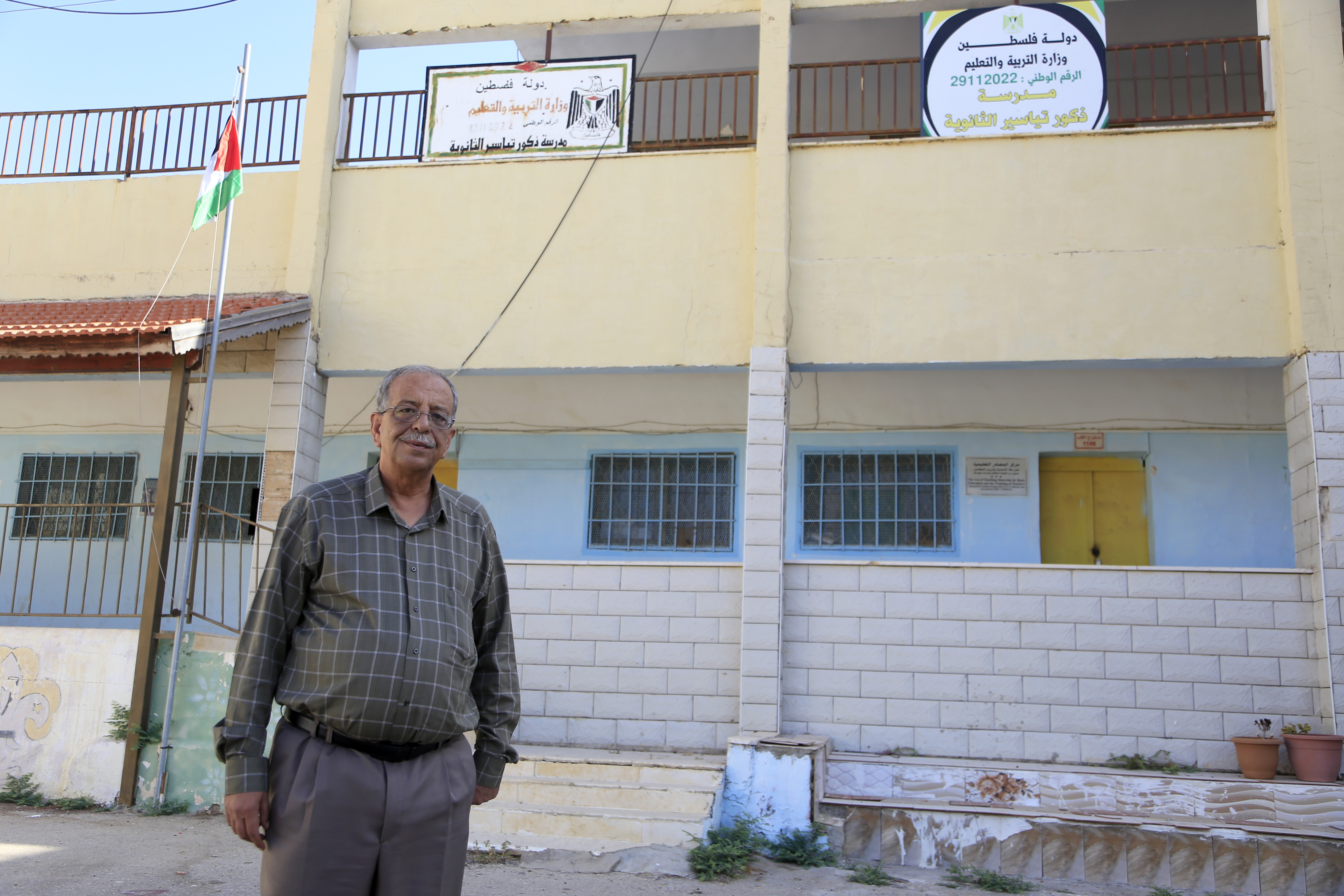 On August 19, 2021, the day after Israeli soldiers detained Sari S. and shot Momen D. in the leg, around 40 students at Tayaseer did not come to school. School counselor Moath Al-Kilani spoke to students and parents and learned the presence of the Israeli army scared these students so much, that they chose not to attend school. Parents are afraid attending school will endanger their children’s lives and some of the younger students developed bedwetting problems as a result of the Israeli military’s drills.

Al-Kilani reports that one student dropped out as a result of the military practices as his mental health was severely impacted.

Principal Kharaz told DCIP he later learned that another student was shot by an Israeli soldier on August 18, 2021—this time, with a rubber-coated metal bullet. The student kept the injury to himself, saying he was scared he might be arrested if he were taken to the hospital. 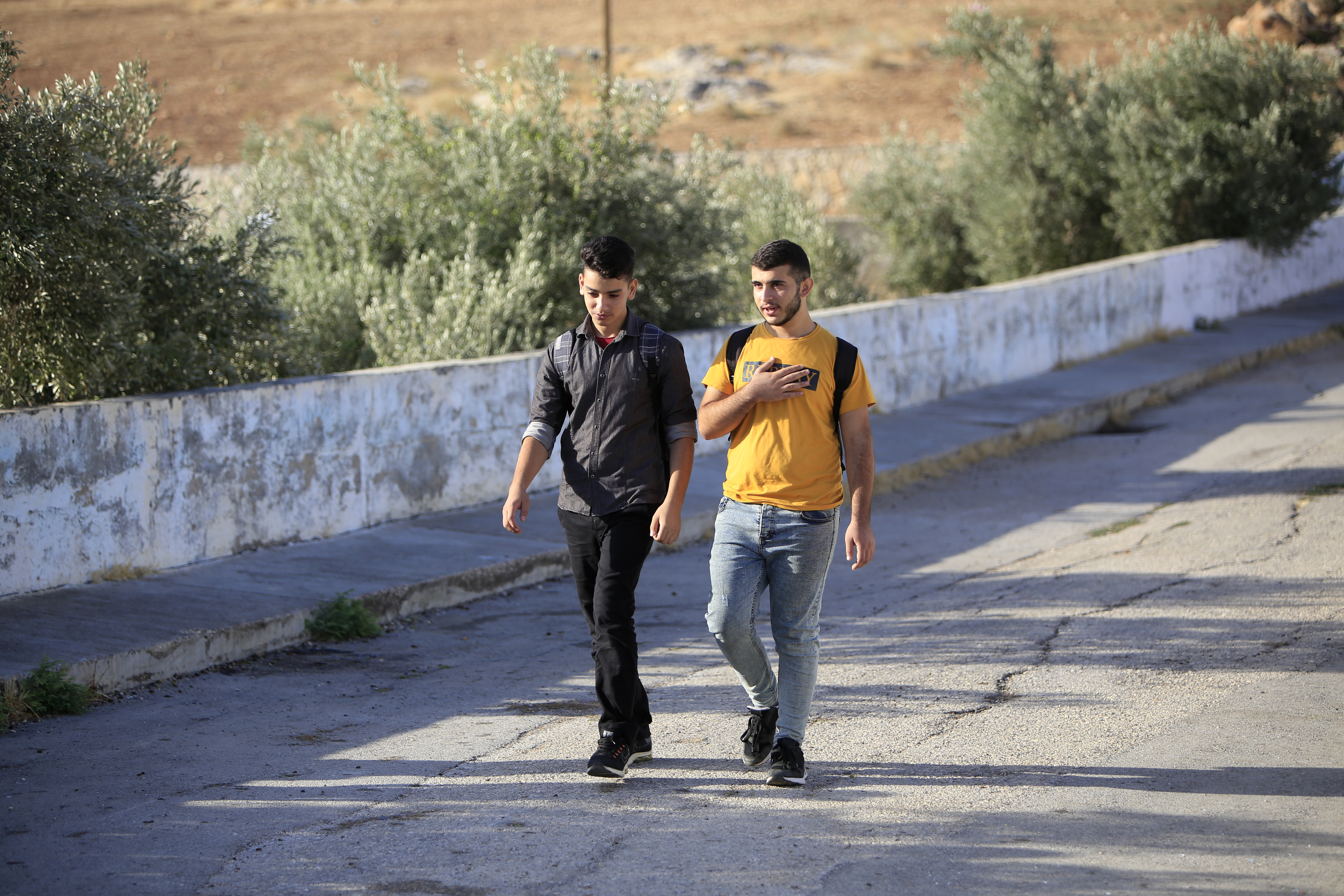 Part 4"While we are in class, they shoot heavily."

“My classmates and I used to race at the beginning of each academic year to sit by the windows, but this year we all avoided sitting close to the windows because it became a real danger,” Sari told DCIP. 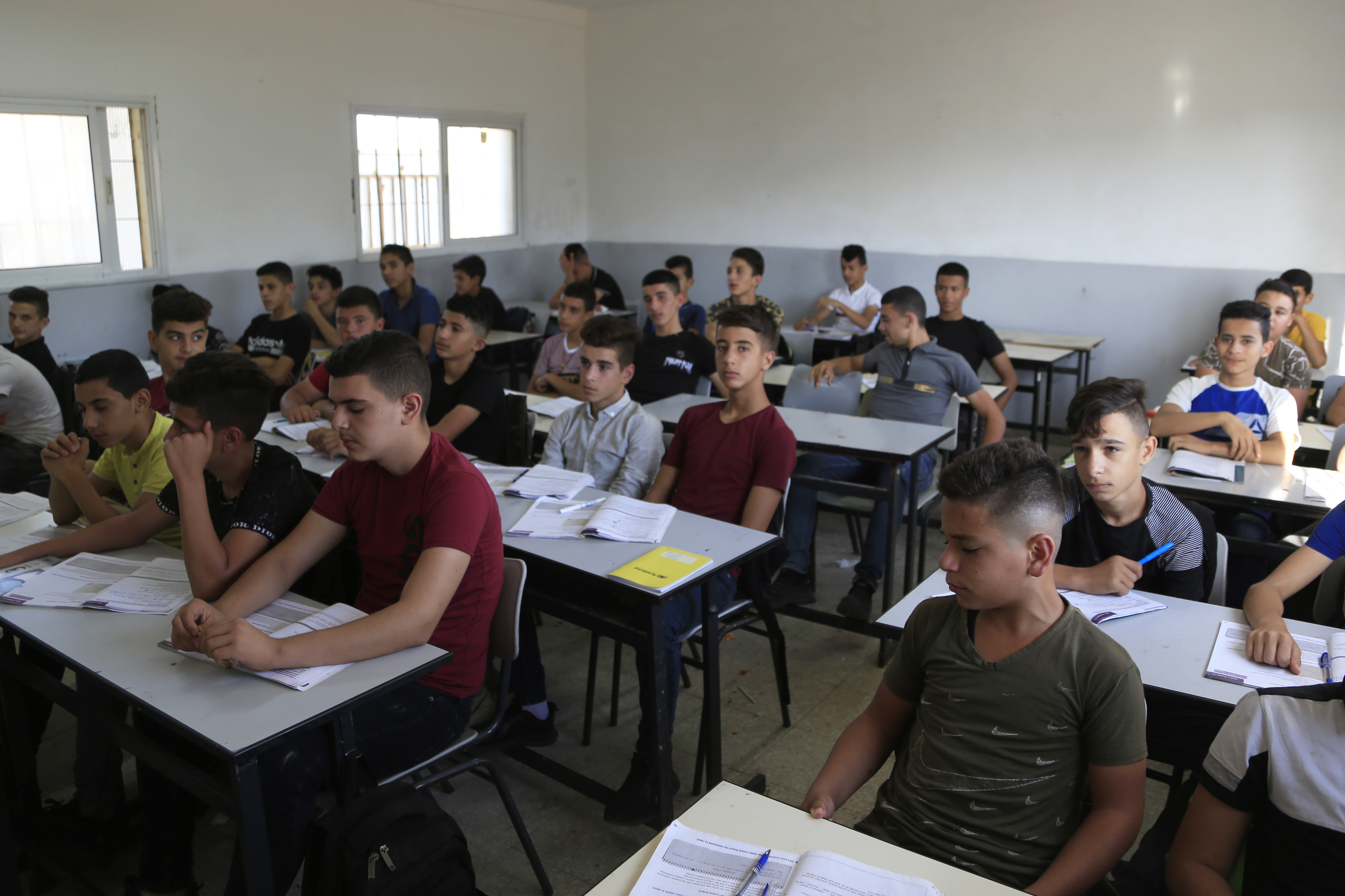 “I could not concentrate in class because of the sound of the bullets and tank shells, not to mention the rising smoke and dust caused by those shells," Sari told DCIP. “I always thought about how I would go home after school, as I was seeing large numbers of soldiers and tanks outside the school. When I am at school, I get worried when the school day ends because I have to find my way home through soldiers; especially after they shot two of my classmates.”

“Everyone is living in fear and danger because of the bullets that could penetrate our bodies on our way to and from school and at school,” Sayyaf D., 14, another student at Tayaseer, explains. “While we are in class, they shoot heavily, which distracts my attention and forces teachers to stop class for a while.” 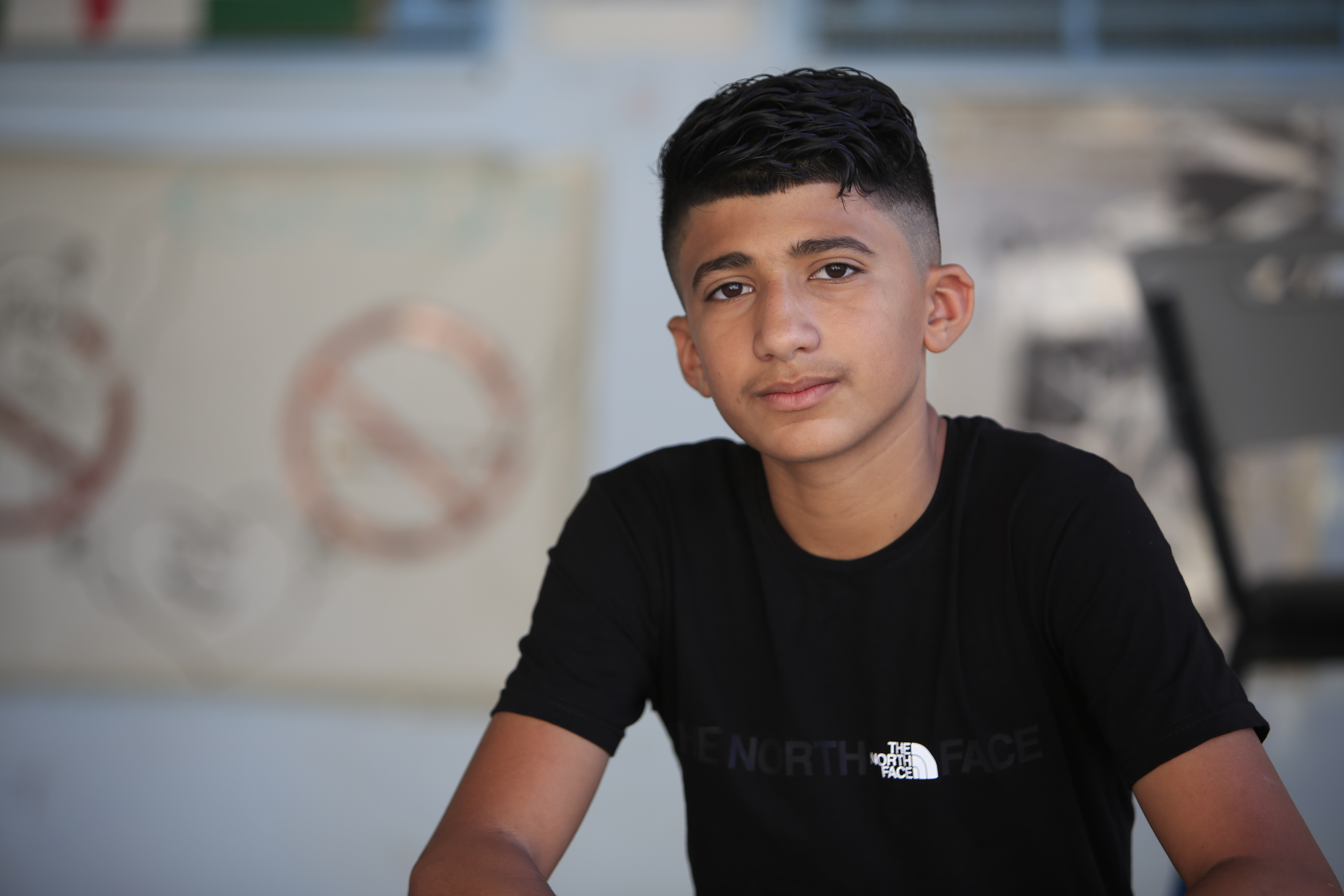 “One day, I was on my way to school when I saw a number of occupation soldiers around the school and at the school gate, in addition to dozens of tanks nearby,” Sayyaf told DCIP. “They were firing tear gas and live ammunition, so I could not reach the school.”

He turned around and waited in a safe place for the shooting to be over. “After about 20 minutes, the shooting stopped and I saw the principal and a number of teachers standing at the gate, so I returned to the school but I was trembling in fear,” he said.

“The only solution to creating a safe school environment is through the withdrawal of the [Israeli] occupation soldiers and vehicles from the vicinity of the school,” Principal Kharaz told DCIP.

Israel ratified the Convention on the Rights of the Child (CRC) in 1991. The convention grants basic rights to health and education to every child regardless of nationality or ethnicity.

Article 28(1)(e) of the CRC specifically requires state parties to take measures to encourage regular attendance at schools and the reduction of drop-out rates, and Article 38(4) obliges signatories to protect the civilian population in accordance with international humanitarian law and take all feasible measures to ensure protection and care of children who are affected by an armed conflict.