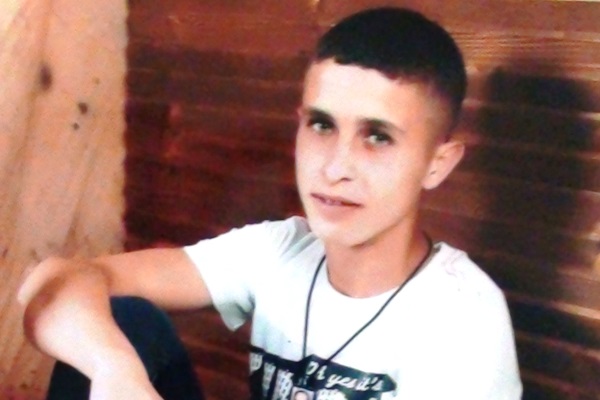 No justice for 17-year-old Hammam after he refused to give a statement to Israeli officers in the same military responsible for his abuse without his lawyer present.

Ramallah, 14 September 2013—Israeli military investigators closed this week their investigation into the alleged abuse of a Palestinian teenager after he refused to testify without the presence of his lawyer.

Defense for Children International Palestine submitted a complaint to the Military Police Criminal Investigations Division in August 2012 about the ill-treatment endured by Hammam N, then 16, during his arrest, transfer and interrogation in June of that year.

“We attempted to obtain the complainant’s statement, but … the complainant’s lawyer refused to let him testify without a lawyer present during the testimony,” stated the letter DCI-Palestine received from the prosecutor for operational affairs. “Given the lack of substantial and factual evidence to support the complaint, we decided to close the investigation without taking any action against any military body.”

This marks the third time this year that a complaint submitted by DCI-Palestine results in the military advocate general’s decision to close the investigation due to insufficient evidence. In both previous petitions, Israeli authorities cited the refusal of the victims to testify without the presence of their lawyer as a reason for closing the cases.

All Israeli children enjoy the right to an attorney when giving a statement against their suspected abusers during an investigation. Such a basic right exists in all legal systems that respect the rule of law.

This year, DCI-Palestine submitted a total of seven complaints about the alleged ill-treatment and torture of Palestinian children by Israeli soldiers. In six of the cases, Israeli authorities failed to notify DCI-Palestine whether they had opened an investigation.

Since 2000, Yesh Din, an Israeli human rights group, reports only five percent of complaints submitted to the Military Police Criminal Investigations Division lead to an indictment.