An Israeli drone-fired missile killed Amir Rafat Mohammad Ayad, 7, when it struck the motorcycle he was riding. (Photo: Courtesy of the Ayad family.)

“Israeli forces continue to kill and maim children in the Gaza Strip with complete impunity,” said Ayed Abu Eqtaish, Defense for Children International - Palestine’s Accountability Program director. “Whether it is the use of live ammunition to unlawfully kill child protesters or the use of explosive weapons in densely populated areas, Israeli forces’ actions make clear there exists a near total disregard for fundamental principles of international law.”

Around 9:30 a.m., an Israeli drone-fired missile killed Amir Rafat Ayad, 7, in the Zeitoun neighborhood of Gaza City while Amir was traveling on a motorcycle with his father, Rafat, and brother, Islam. Amir sustained injuries all over his body from shrapnel and died immediately, according to DCIP documentation. At the time they were killed, Amir, his father and brother were traveling to Shifa hospital to check on the condition of another brother, Ihab, who had been wounded in an earlier strike near the family’s home. 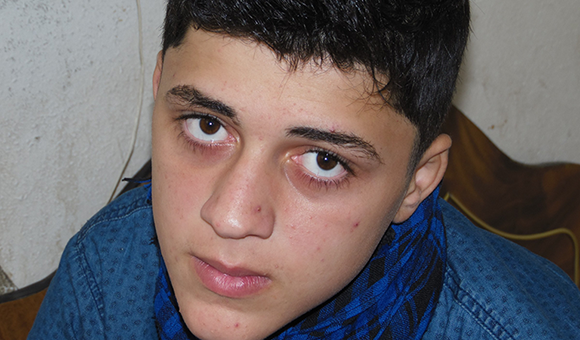 Previously, on September 6, Israeli forces shot dead two Palestinian children during weekly protests near the Gaza perimeter fence. Israeli forces shot dead 14-year-old Khaled Raba’e near the fence east of Gaza City around 5 p.m. He was approximately 250 meters from the perimeter fence when he was shot in the abdomen, left leg, and left shoulder, according to an eyewitness. Israeli forces continued to fire live ammunition at protesters, which delayed paramedics from reaching Khaled for around five minutes. Unable to find a pulse, paramedics transferred Khaled to Shifa hospital where he was pronounced dead soon after.

On the same day, Israeli forces killed 17-year-old Ali Ashkar who was taking part in protests east of Jabalia near the Gaza perimeter fence. According to an eyewitness, Ali was standing about 10 meters from the perimeter fence and moving away from tear gas when Israeli forces shot him with live-ammunition in the back. Paramedics transferred Ali from the protest camp to the Indonesian hospital in Jabalia where he was pronounced dead upon arrival.

This year, Israeli forces have killed at least 22 Palestinian children, including 17 in the Gaza Strip.

International humanitarian law prohibits indiscriminate and disproportionate attacks and requires all parties to an armed conflict to distinguish between military targets, civilians and civilian objects. Israel as the occupying power in the Occupied Palestinian Territory, including the Gaza Strip, is required to protect the Palestinian civilian population from violence.

Israel has imposed a blockade on the Gaza Strip since 2007 by strictly controlling and limiting the entry and exit of individuals; maintaining harsh restrictions on imports including food, construction materials, fuel and other essential items; as well as prohibiting exports. Israel continues to maintain complete control over the Gaza Strip’s borders, airspace and territorial waters.