Hamza Ishteiwi ,17, was killed by Israeli forces stationed on the other side of the perimeter fence during demonstrations on February 8, 2019.

Israeli forces killed Hamza Mohammad Rushdi Ishteiwi, 17, and Hassan Iyad Abdel Fattah Shalbi, 13, on Friday during demonstrations in the central and southern parts of the Gaza Strip, respectively. Two further children from the West Bank were killed by Israeli forces during the last week of January. On January 30, Israeli forces shot Samah Zuheer Ahmad Mubarak, 16, at close range at a checkpoint outside of Jerusalem, after an alleged attempted stabbing attack. Ayman Ahmad Othman Hamed, 17, was shot in the neck by Israeli forces while on a picnic with friends in the central West Bank town of Silwad on January 25.

“International law stresses children’s right to life,” said Ayed Abu Eqtaish, Defense for Children International - Palestine’s Accountability Program director. “Evidence that DCIP collected on 56 child fatalities at the hands of Israeli forces last year showed that in a majority of cases, children did not pose any direct threat at the time they were killed.”

Israeli soldiers shot dead 17-year-old Hamza during protests in the eastern part of Gaza City on February 8. A medic interviewed by DCIP said that Hamza was sitting 200 meters (656 feet) from the perimeter fence at approximately 5 p.m. when he was shot by a single fatal bullet that struck the right side of his neck. The medic reported that he provided Hamza with first aid. Hamza was then transferred to Shifa hospital where the boy was pronounced dead. 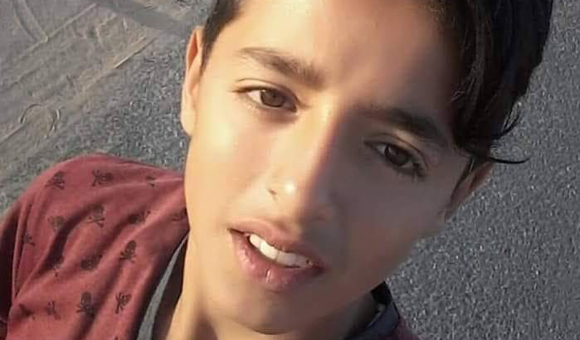 Approximately one hour earlier, Israeli forces shot Hassan in the chest while he was participating in the “Great March of Return” protests east of Khuza’a, near Khan Yunis, according to preliminary reports. The bullet entered his chest and exited from his back. Medics present on the scene tried to provide him with immediate first aid, DCIP sources said. However, Hassan was bleeding extensively from his nose and mouth, dying shortly thereafter. 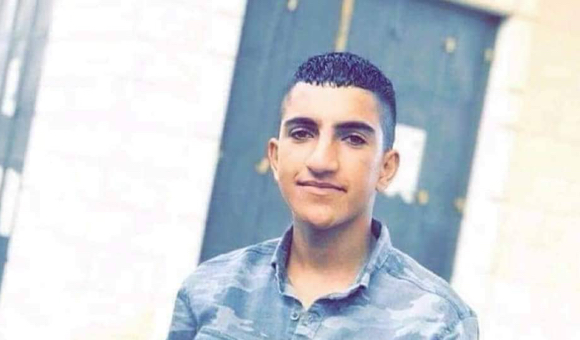 Ayman’s father told DCIP that his son had asked permission to spend the afternoon on family land located north of Ramallah, near Route 60. An eyewitness who spoke to DCIP on the condition of anonymity said that Israeli forces opened fire on them without warning shortly after they arrived, around 4 p.m.  The eyewitness was also injured by live ammunition and underwent surgery in the Palestine Medical Complex in Ramallah.

According to the child’s father, Ayman was taken into Israeli custody and his body was released to his family around 7:30 p.m. While no autopsy was performed, the father stated that the initial medical examination found that the bullet struck the front of Ayman’s neck and exited from the right armpit, indicating it was fired from a high place.

Earlier this year, Abdel-Raouf Salha, 13, was struck on the left side of his head by an Israeli-fired tear gas canister that caused a brain injury on the afternoon of January 11, 2019 during “Great March of Return” protests in the northern Gaza Strip. The boy was pronounced dead from his injuries three days later in Gaza City’s Shifa hospital.

In 2018, DCIP independently verified the deaths of 57 Palestinian children at the hands of Israeli forces or settlers across the Occupied Palestinian Territory. Gaza Strip children accounted for 49 of these fatalities, including a child who succumbed to wounds from a previous injury by Israeli forces during its 2014 large-scale assault on Gaza.