A woman and child walk past Israeli forces during clashes with demonstrators in the occupied West Bank city of Hebron on January 31, 2020. (Photo: AFP / Hazem Bader)

Mohammad Suleiman Al-Haddad, 16, was shot by Israeli forces on February 5 around 4:20 pm with live ammunition during clashes near an Israeli checkpoint in the Bab al-Zawya area of the occupied West Bank city of Hebron. He sustained multiple gunshot wounds, including to his chest, and was transferred by private car to the Alia Governmental Hospital in Hebron where he was pronounced dead around 4:40 pm. Mohammad was killed by a live bullet to the chest that wounded his heart and exited through his back, according to information collected by Defense for Children International - Palestine.

An Israeli soldier deployed on a nearby rooftop fired several shots at Mohammad in the street below about 130 feet (40 meters) away, according to information collected by DCIP. Mohammad held what appeared to be a Molotov cocktail at the time he was shot, according to a video seen by DCIP. However, he was far enough away from Israeli forces, including the soldier that fired at him, that he likely did not pose any imminent threat when he was shot.

“Israeli forces regularly resort to lethal force in situations where it is unjustified and unlawful,” said Ayed Abu Eqtaish, Accountability Program director at DCIP. “During demonstrations and clashes with Palestinian youth, Israeli forces must at all times act in accordance with international law and must not resort to intentional lethal force unless confronted with an imminent threat to life.” 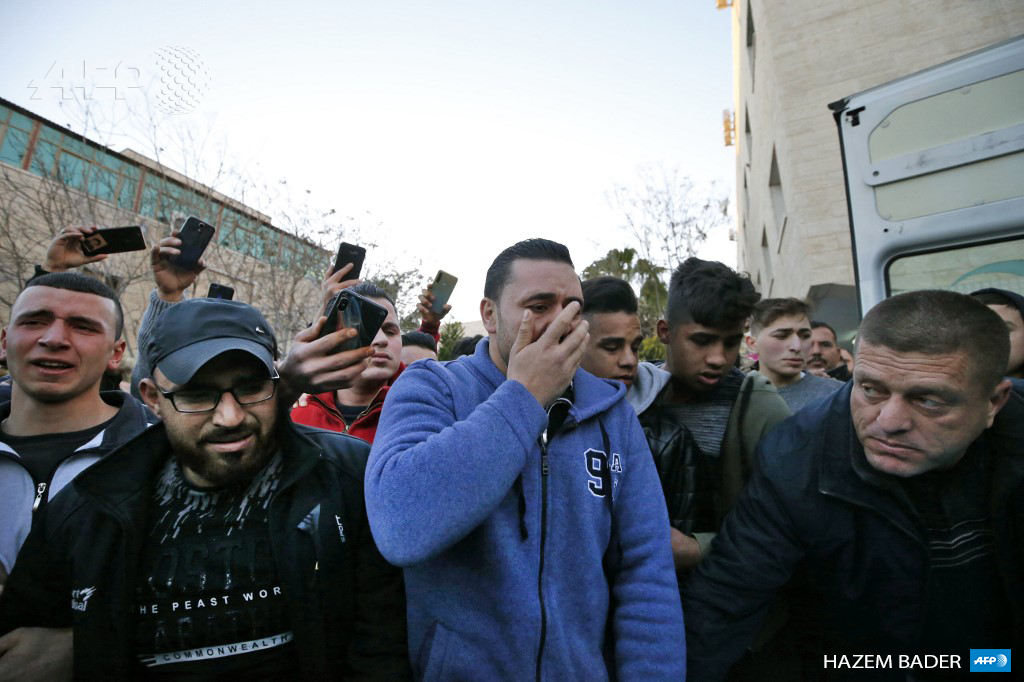 About one hour after the accident, Israeli forces reportedly conducted a field investigation into the incident as several officers and soldiers examined the location where Mohammad fell, pointing to the building where the Israeli soldier was deployed. The next morning, Israeli forces returned to the scene apparently attempting to interview shop owners about the incident, but shops were closed during the clashes, according to information collected by DCIP.

Mohammad’s killing occurred in the context of demonstrations throughout the Occupied Palestinian Territory following the release of the United States’ so-called peace plan on January 28, as Israeli forces used crowd-control weapons and live ammunition to quell protests.

The week earlier, Alaa Hani Hamada Al-Abasi, 14, died on January 31 succumbing to injuries sustained on October 11, 2019, near the Gaza perimeter fence in Khan Younis in the southern Gaza Strip. He was participating in a Great March of Return protest when he was critically injured by Israeli forces.

In October, Alaa was struck on the back of his head with an Israeli-fired ‘non-lethal’ munition thought at the time to be a rubber-coated metal bullet, according to information collected by DCIP. He was transferred to Gaza European Hospital in Khan Younis, where he spent 20 days in the intensive care unit in a coma. Later, reports suggested the injury was caused by an Israeli-fired tear gas canister.

In November 2019, Alaa’s health slightly improved as he regained his sense of feeling. Over the next four weeks, he received physical rehabilitation at the Gaza European Hospital as well as the Palestinian Red Crescent Hospital in Khan Younis. However, his health began to deteriorate and he was transferred home where he spent his last days in a coma.