16-year-old Said Yousef Mohammad Odeh was shot dead by Israeli forces with live ammunition on May 5, 2021. (Photo courtesy of the Odeh family)

Said Yousef Mohammad Odeh, 16, from Odala, a village located south of Nablus, was shot dead by Israeli forces with live ammunition around 9 p.m. near the entrance to the village. Israeli forces reportedly confronted Palestinian youth at the village entrance prior to the shooting. Said was not involved in the confrontations at the time he was shot, according to information collected by Defense for Children International - Palestine.

Israeli forces deployed in a nearby olive grove fired live ammunition at Said as he approached the village entrance, according to information collected by DCIP. He sustained at least two gunshot wounds. He was struck with live ammunition in the back near his right shoulder and pelvis and both bullets exited from the front, according to information collected by DCIP. 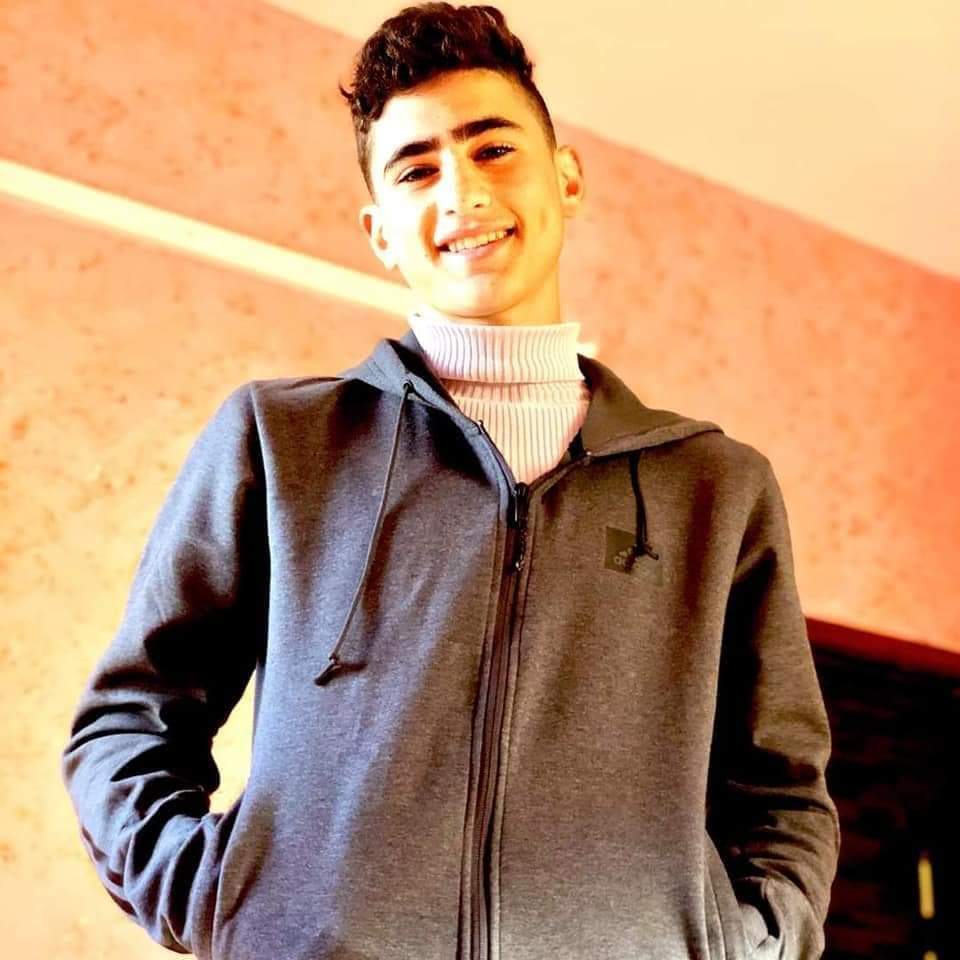 Israeli forces reportedly shot another youth in the back with live ammunition as he approached Said to provide aid. A Palestinian ambulance was prevented from reaching Said for at least 15 minutes, according to information gathered by DCIP. When paramedics were finally allowed to approach the boy, he had no vital signs. He was transferred to Rafidia hospital in Nablus where he was pronounced dead upon arrival.

Said is the second Palestinian child killed by Israeli forces in 2021. Israeli forces shot and killed 17-year-old Attallah Mohammad Harb Rayan on January 26 after he allegedly attempted to stab an Israeli soldier stationed at Hares Junction, southwest of Nablus and near the illegal Israeli settlements, Revava and Barqan.

In 2020, Israeli forces killed nine Palestinian children in the occupied West Bank, including East Jerusalem, and the Gaza Strip, six of whom were killed with live ammunition, according to documentation collected by DCIP.

Israeli forces killed 17-year-old Mahmoud Omar Sadeq Kmail on December 22, after he allegedly shot at Israeli paramilitary border police forces deployed in occupied East Jerusalem’s Old City. On December 4, Israeli forces shot and killed 15-year-old Ali Ayman Saleh Abu Alia in Al-Mughayyir, a village northeast of Ramallah in the occupied West Bank. Ali did not present any threat to Israeli forces at the time he was killed, according to documentation collected by DCIP. The Israeli military has reportedly opened an investigation into Ali’s killing following international condemnation of the killing.