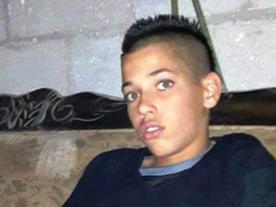 Wajih Wajdi al-Ramahi, 15, was dead on arrival at the Palestinian Medical Compound in Ramallah, from a single gunshot wound to the back.

Wajih Wajdi al-Ramahi, 15, was dead on arrival at the Palestinian Medical Compound in Ramallah, from a single gunshot wound to the back. The shooting occurred near an UNRWA school situated between Jalazoun refugee camp to the east and the Jewish settlement Beit El to the west, which houses nearly 6,000 Israeli settlers and is built on predominately privately owned Palestinian land.

A permanent Israeli military observation tower overlooks an olive orchard that separates the school from Beit El settlement. Due to its proximity to the school, soldiers and private security are often present near the school, or in the camp, causing tension in the area.

The circumstances of the shooting are disputed. A shop owner near the school, Abdul Aziz Abu Hadba, 29, stated the shooting occurred during clashes between Palestinian youth and Israeli forces, according to the London-based The Telegraph. Other eyewitnesses reportedly said Wajih was playing soccer with other boys in the schoolyard, and then went to a nearby store to buy something. When he returned, an Israeli soldier near the observation tower opened fire at them and Wajih fell to the ground, Haaretz reported.

Witnesses interviewed by DCI-Palestine, who refused to provide a sworn testimony or their names, confirmed that stone-throwing youth were engaged in clashes with Israeli soldiers at the time of the shooting. It is unclear whether Wajih was involved in stone throwing when he was shot. Defense for Children International Palestine is still investigating the circumstances surrounding the shooting.

Israeli army officials stated that at the time of the shooting soldiers from the Givati Brigade’s Tzabar battalion were in the area conducting an ambush meant to catch stone throwers, and that stone-throwing began only after they took up these positions, according to Haaretz. The Israeli army says it is investigating the circumstances surrounding Wajih’s death, according to news reports.

“According to the Israeli army’s own regulations, the use of live ammunition is only justified in circumstance of mortal danger,” said Ayed Abu Eqtaish, Accountability Program Director at Defense for Children International Palestine. “Where a 15-year-old child is shot in the back and killed from a distance of roughly 150-200 meters, it must be presumed that the standard has not been met and the perpetrator must be held accountable.”

Lax enforcement of the Israeli army’s own open-fire regulations during 2013 has led to increased violence against Palestinian civilians and has perpetuated impunity. The regulations allow soldiers to use live ammunition “only under circumstances of real mortal danger,” according to a recent report by B’Tselem, an Israeli human rights group.

At least 30 children have been shot and injured, including four killed, by live ammunition, rubber-coated metal bullets or tear gas canisters since January 2013, based on DCI-Palestine research.

In May, Atta Sabbah, 12, was shot by an Israeli soldier while trying to retrieve his school bag from another soldier near the same UNRWA-run school in Jalazoun. The bullet struck Atta in the stomach and exited through his back, severing his spinal cord and causing paralysis from the waist down. Eyewitness reports showed that the situation was calm, no clashes were taking place at the time and there was no “mortal danger” to Israeli forces that would allow the use of live ammunition. 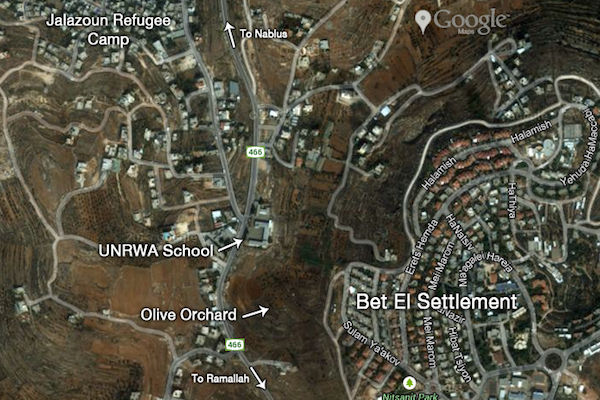